WireGuard has much less complex-ity than traditional solutions, and cuts out the intermediate IPsec/SSL-based encryption layers to ensure simplicity of the entire system. We performed a partial security audit of WireGuard, focusing on the unveri- ed portions of WireGuard, particularly the reconnection and session-management systems. FreeBSD 13.0 to ship without WireGuard support as dev steps in to fix 'grave issues' with initial implementation. A faulty implementation of WireGuard, a high-performance VPN protocol, has been removed from FreeBSD 13.0, shortly to be released, and a new implementation will not ship until the arrival of 13.1. WireGuard: fast, modern, secure VPN tunnel — WireGuard® is an extremely simple yet fast and modern VPN that utilizes state-of-the-art cryptography. It aims to be faster, simpler, leaner, and more useful than IPsec, while avoiding the massive headache. Sophos Sandstorm uses next-gen sandbox technology, giving your organization an essential layer of protection against ransomware and targeted attacks. It integrates seamlessly with your UTM and is cloud-delivered, so there’s no additional hardware required. Easy to try, deploy and manage Effective at blocking evasive threats.

WireGuard® is an extremely simple yet fast and modern VPN that utilizes state-of-the-art cryptography. It aims to be faster, simpler, leaner, and more useful than IPsec, while avoiding the massive headache. It intends to be considerably more performant than OpenVPN. WireGuard is designed as a general purpose VPN for running on embedded interfaces and super computers alike, fit for many different circumstances. Initially released for the Linux kernel, it is now cross-platform (Windows, macOS, BSD, iOS, Android) and widely deployable. It is currently under heavy development, but already it might be regarded as the most secure, easiest to use, and simplest VPN solution in the industry.

if you'd like a general conceptual overview of what WireGuard is about, read onward here. You then may progress to installation and reading the quickstart instructions on how to use it. If you're interested in the internal inner workings, you might be interested in the brief summary of the protocol, or go more in depth by reading the technical whitepaper, which goes into more detail on the protocol, cryptography, and fundamentals. If you intend to implement WireGuard for a new platform, please read the cross-platform notes. WireGuard securely encapsulates IP packets over UDP. You add a WireGuard interface, configure it with your private key and your peers' public keys, and then you send packets across it. All issues of key distribution and pushed configurations are out of scope of WireGuard; these are issues much better left for other layers, lest we end up with the bloat of IKE or OpenVPN. In contrast, it more mimics the model of SSH and Mosh; both parties have each other's public keys, and then they're simply able to begin exchanging packets through the interface.

WireGuard aims to be as easy to configure and deploy as SSH. A VPN connection is made simply by exchanging very simple public keys – exactly like exchanging SSH keys – and all the rest is transparently handled by WireGuard. It is even capable of roaming between IP addresses, just like Mosh. There is no need to manage connections, be concerned about state, manage daemons, or worry about what's under the hood. WireGuard presents an extremely basic yet powerful interface.
WireGuard uses state-of-the-art cryptography, like the Noise protocol framework, Curve25519, ChaCha20, Poly1305, BLAKE2, SipHash24, HKDF, and secure trusted constructions. It makes conservative and reasonable choices and has been reviewed by cryptographers.
WireGuard has been designed with ease-of-implementation and simplicity in mind. It is meant to be easily implemented in very few lines of code, and easily auditable for security vulnerabilities. Compared to behemoths like *Swan/IPsec or OpenVPN/OpenSSL, in which auditing the gigantic codebases is an overwhelming task even for large teams of security experts, WireGuard is meant to be comprehensively reviewable by single individuals.
A combination of extremely high-speed cryptographic primitives and the fact that WireGuard lives inside the Linux kernel means that secure networking can be very high-speed. It is suitable for both small embedded devices like smartphones and fully loaded backbone routers.
WireGuard is the result of a lengthy and thoroughly considered academic process, resulting in the technical whitepaper, an academic research paper which clearly defines the protocol and the intense considerations that went into each decision.

WireGuard works by adding a network interface (or multiple), like eth0 or wlan0, called wg0 (or wg1, wg2, wg3, etc). This network interface can then be configured normally using ifconfig(8) or ip-address(8), with routes for it added and removed using route(8) or ip-route(8), and so on with all the ordinary networking utilities. The specific WireGuard aspects of the interface are configured using the wg(8) tool. This interface acts as a tunnel interface.

WireGuard associates tunnel IP addresses with public keys and remote endpoints. When the interface sends a packet to a peer, it does the following: 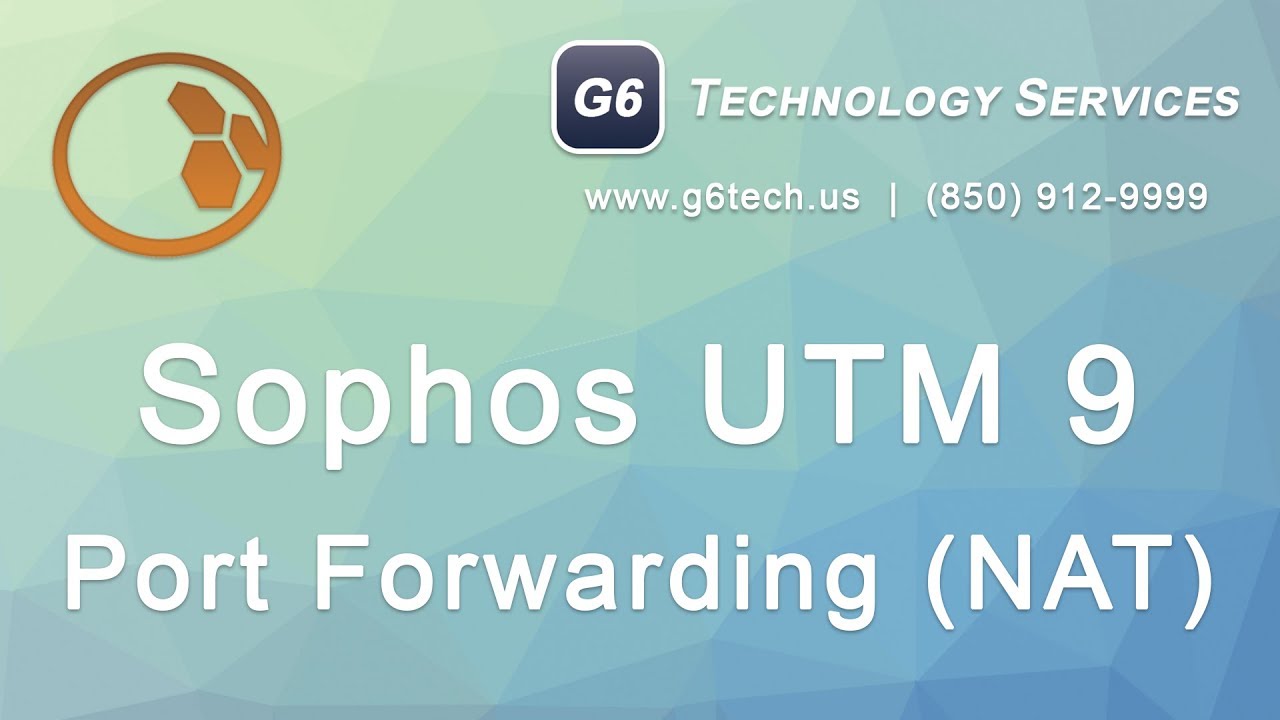 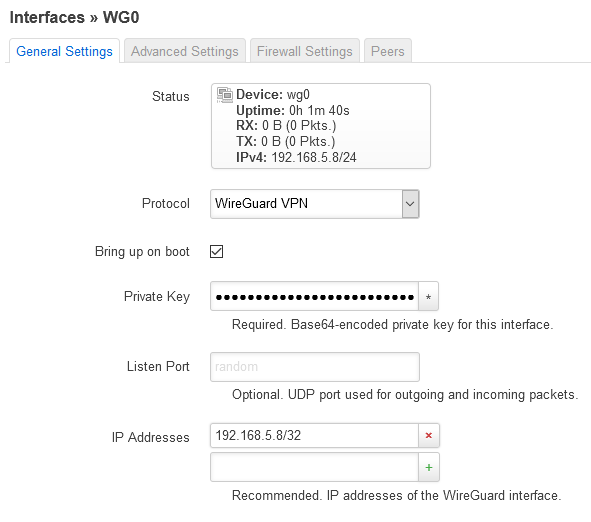 When the interface receives a packet, this happens:

Behind the scenes there is much happening to provide proper privacy, authenticity, and perfect forward secrecy, using state-of-the-art cryptography.

At the heart of WireGuard is a concept called Cryptokey Routing, which works by associating public keys with a list of tunnel IP addresses that are allowed inside the tunnel. Each network interface has a private key and a list of peers. Each peer has a public key. Public keys are short and simple, and are used by peers to authenticate each other. They can be passed around for use in configuration files by any out-of-band method, similar to how one might send their SSH public key to a friend for access to a shell server.

Researchers have discovered a security flaw in macOS, Linux, and several other operating systems that could let attackers hijack a wide range of virtual private network (VPN) connections.

The bug, discovered by University of New Mexico researchers William J Tolley, Beau Kujath, and Jedidiah R. Crandall, lets a malicious access point or someone on the same network snoop on a user’s VPN session. The snooper can tell that they’re on a VPN and figure out what site they’re visiting. The researchers explain:

This provides everything that is needed for an attacker to hijack active connections inside the VPN tunnel.

The attack begins by working out the VPN client’s virtual IP address, which is the fake IP address that a VPN gives you when you use it to pretend that you’re somewhere else. It does this by sending SYN (short for synchronization) and ACK (short for acknowledgement) packets to the device. Because it doesn’t know the device’s exact address, it sends these packets to all addresses in the virtual IP space. When this noisy attack eventually hits the victim’s machine, it will respond with a reset (RST) packet that drops the connection.

That tells the attacker that the device is using an external network connection that gives it a virtual IP address. It can then send its own RST packets. The victim machine responds with a ‘challenge ACK’, inviting its VPN to set up a new connection, and the attacker can sniff out these packets by timing them and examining their size. By analysing the packets, it can determine the in-window sequence number of the connection, which tells it what type of VPN connection the victim is using.

The bug, CVE-2019-14899, works against a variety of VPN protocols including OpenVPN and IKEv2/IPSec, along with the young upstart WireGuard P2P protocol that is angling for inclusion in the Linux kernel. It exists in Linux distributions including but not limited to Ubuntu, Fedora, Debian, Arch, Manjaro, Devuan, MX Linux, Void Linux, Slackware and Deepin. It also affects FreeBSD and OpenBSD, as well as Android, macOS, and iOS.

Having said that, the issue doesn’t seem to be an exploitable problem in all flavours of Linux. The researchers said that they couldn’t replicate it on Ubuntu versions before 19.10, for example, and pointed to a configuration update in systemd (the startup system used in many Linux distributions) made on 28 November 2018 as a possible trigger condition.

The researchers haven’t tested the vulnerability against the Tor onion routing protocol, which focuses on anonymous communications, but believe that this wouldn’t be vulnerable to the attack. That’s because Tor handles its authentication and encryption outside of the operating system kernel.

The researchers’ proposed workarounds all have problems. Turning reverse path filtering on (which would stop routing packets from inappropriate addresses) won’t solve the issue for all operating systems and the attack may still work anyway, the researchers said. Filtering bogus packets (known as bogon filtering) could interfere with local network addresses in some instances, they added.

The good news is that this is likely to be extremely hard for attackers to exploit – and those that would wish to have very little information to go on.

The best bet is to wait for a patch from your Linux distributor. The researchers have chosen not to publish a detailed paper on the hack until then.