This February V-Ray was officially released for Blender, but the story of the integration started a few years ago. Our guest is Andrei Izrantcev, the man who decided to put together his favorite rendering engine and his passion for open source. What started out as a personal project, managed in his spare time, is now a fully functional part of the V-Ray product line. Now Andrei is a full-time developer at Chaos Group, focused exclusively on V-Ray for Blender.

The story comes from Andrei himself in an interview about the V-Ray for Blender project, telling us how it began and what we can look forward in the months to come.

Marius Iatan: Aside from being a developer, are you also a 3D artist?

Andrei Izrantcev:Yes, I am mainly a 3D artist with extensive 3D modelling and rendering skills. I used to work on architectural visualizations and my pipeline was based on Autodesk 3ds Max and V-Ray. This is how I got familiar with V-Ray.

Marius: How did you decide to start working on integrating V-Ray and Blender? What were some highlights from the project? 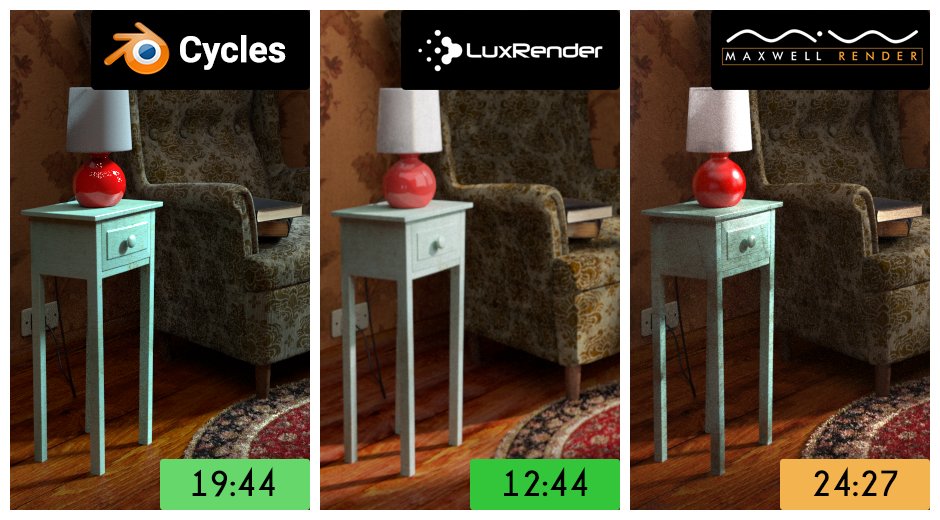 Andrei: I wanted to base my pipeline on Linux and I started looking for a solution. Since I am an open source enthusiast, I was interested in what open source projects could be suitable for my needs. This is when I first considered using Blender for modelling. Blender was at version 2.46, during the Big Buck Bunny open movie project, and the community made many improvements and introduced a lot of new features. I decided to use Blender, but I wanted to keep V-Ray for rendering, so I began researching how I could integrate them. I contacted Chaos Group and was introduced to V-Ray Standalone. During my spare time I started working on the exporter and decided to make it open source. I believe that everything for Blender should be open source and I’m a big supporter of that community. During the project, Blender 2.5 was released and it became easy to create a customized user interface and integrate many V-Ray features. The next big step in the project was the moment that I officially joined the Chaos Group team.

Marius: What kept you motivated to work on the project all these years?

Andrei: My users keep me motivated. A lot of the development was done only because of user requests. As I was working in the architectural visualization field, I never needed animation support. However, there were many requests for animation and I started feeling that the project was growing and it’s not only about the features I need. Step by step I moved from being a 3D artist to being a software developer. The main thing that keeps me motivated as a developer is that I am helping artists create pieces of art that everyone can admire. 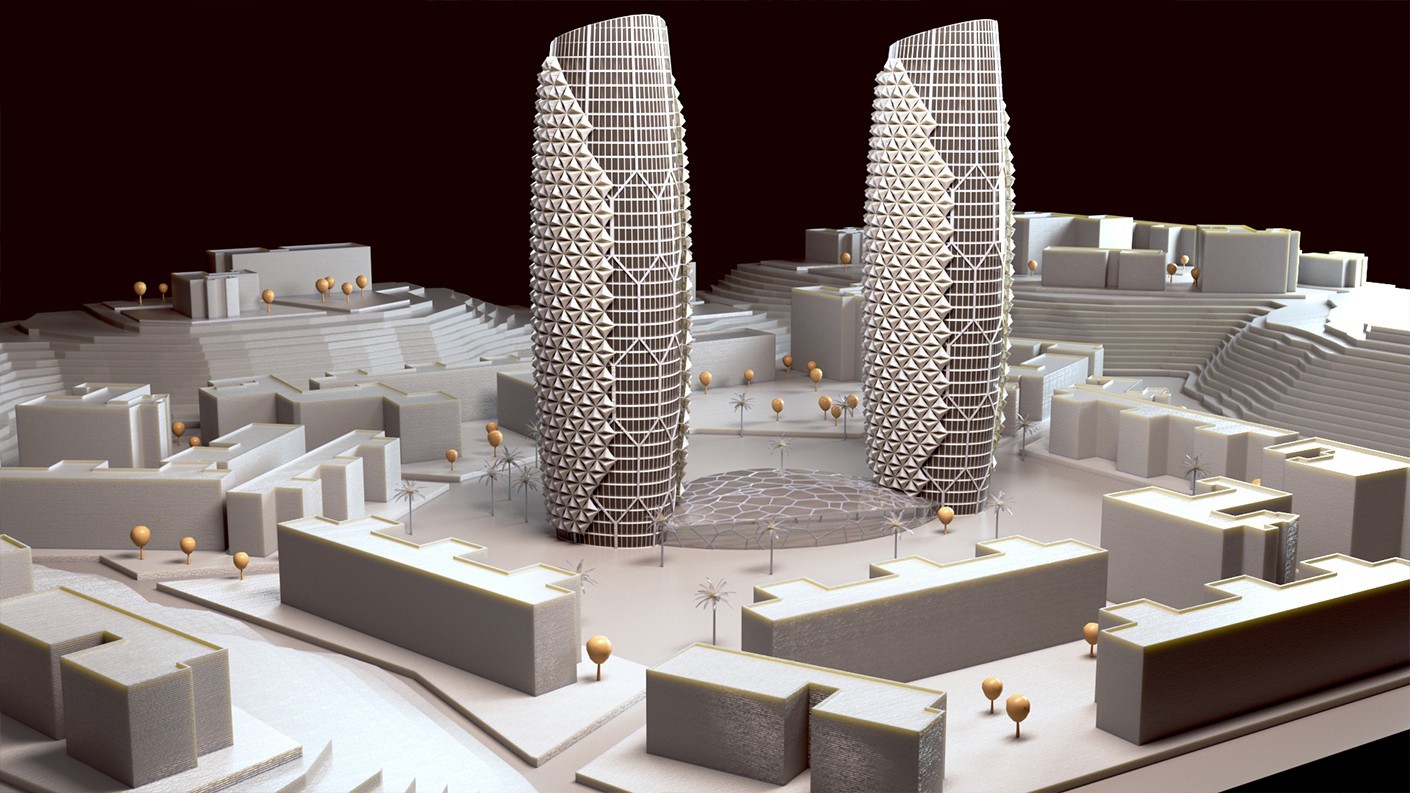 Marius: What is the story of your collaboration with Chaos Group?

Andrei: When I started using V-Ray Standalone, I was reporting bugs and I had regular contacts with the support and development teams. Meanwhile, I was also developing some plugins for V-Ray (VRayScatter for Maya and VRayPattern for Maya) and I was regularly in contact with Vlado Koylazov. We established a great relationship and I had the chance to meet part of the team in 2010 at the CG Event in Russia. In 2012, Chaos Group asked me if I was willing to join the team to focus full-time on this project.

Marius: How did Chaos Group’s involvement influence the V-Ray/Blender integration?

Andrei: Chaos Group is making a great product and my everyday work with the development team motivates me and inspires me to work harder on the project and make the integration better and more efficient for the users. I know that my initiative is now part of a bigger aim and it is supported by a great team.

Marius: What is the current stage of the integration? What are the plans for V-Ray 3.0?

Andrei: I am mostly stabilizing features and I’m adding better animation support. Some artists are working on huge scenes and since the pipeline for the V-Ray / Blender connection is exporting scenes and then starting V-Ray Standalone to render, I had to make some optimizations to save hard drive space. Soon we will have an update with functionality to export only things that were modified in some way. The next step is to introduce nodes – shader nodes, object nodes, etc., a functionality that’s been requested for a long time from users.

Marius: Do you think this integration will attract artists that were using only Blender to V-Ray? Will companies that are using V-Ray with Maya or 3DS Max switch to Blender as a modeling tool?

Andrei: V-Ray is introducing Blender users to some great features, such as distributed rendering, SDK, Proxies, etc. and Blender is becoming an increasingly useful tool for a wide variety of applications. There are many people using it very successfully for professional visualization. The power of open source is the power to change – you have the opportunity to create or change the solution to suit your needs. With V-Ray 3.0, Chaos Group is moving towards universal render licenses and V-Ray Standalone is also included in many of our products. This means that owners of V-Ray 3.0 for 3ds Max or Maya can try V-Ray for Blender right away.

Marius: Why do you think some users see an incompatibility between V-Ray and Blender?

Andrei: It is mostly because Blender does not have an API for rendering and many of the features are difficult to integrate. However I’m actively working on the exporter and we have fewer things that are not supported.

Marius: Do you have a message for the future V-Ray for Blender users?

3D architecture project, by Andrei Izrantcev. Made in V-Ray for Blender

A recent article here at Blender 3D Architect mentioned that Blender has today multiple options to work with commercial renders. Among those renders, you will find Corona Render and V-Ray. If you choose V-Ray as your primary renderer in Blender, an exporter is available from Chaos Group. The developers of V-Ray.

How does V-Ray perform with 3d models coming from Blender?

Here is an example of a few interiors from an artist called liquidstudioÂ and posted at the BlenderArtists forums. Not only the artist posted some great images from renders using Blender and V-Ray, but also lots of screenshots with settings.

You will find settings for:

If you have plans to learn V-Ray for Blender in the future, or just want to compare the settings with Cycles, you can use the article as a source.

I do not believe anyone used to Cycles would make a move to V-Ray on a regular basis. You would have to learn a few things again and adapt your workflow. Unless you have a reason to do that, like joining a team or company where everyone uses V-Ray.

The appeal here is to get artists to migrate from tools like 3dsmax and others to Blender. A good reason to move is to avoid the not so attractive subscription model imposed by Autodesk.

You can keep your favorite render engine, and have a full featured 3d modeling platform. In time, maybe even try to make comparisons with Cycles.

Are you still learning 3d modeling for architecture with Blender? Here at Blender 3D Architect, you can find some online training that might help you: