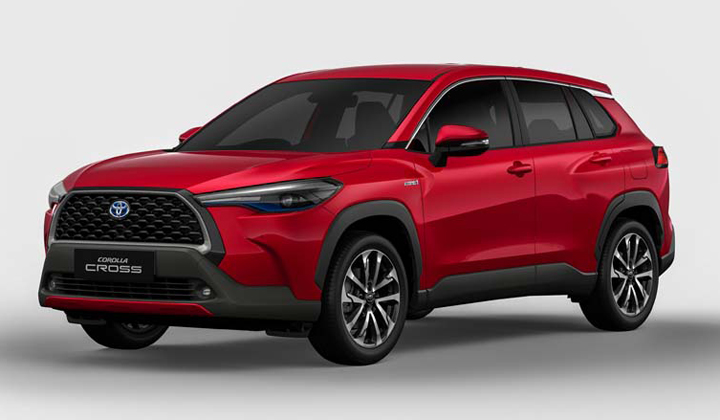 If you want to buy a new RAV4 with a hybrid powertrain but haven’t decided if you should go for the plug-in or the self-charging model, here are the major differences between the two. 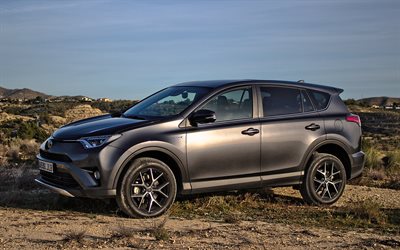 The RAV4 is considered the first modern crossover, and since its release in 1994, it has become one of the most popular Toyota models of all time.
The current fifth-generation that debuted three years ago is available for the 2021 model year in a wide range of models with various levels of equipment, FWD or AWD drivetrains, and four powertrain options.
If you’re among potential customers who are considering a new RAV4 with an efficient, eco-friendly hybrid powertrain, you can choose between the plug-in Prime or the self-charging Hybrid models. However, deciding which one is best for you depends on several factors. Power Output
Both AWD powertrains feature a 2.5-liter inline-four that generates 177 hp, but the Prime’s unit is tuned to produce 165 lb-ft (224 Nm) of torque as opposed to the Hybrid’s 163 lb-ft (221 Nm).
They’re both aided by electric motors, but the Hybrid’s are less powerful and get their power from a small 1.6 kWh Ni-MH battery for a combined system output of 219 hp.
On the Prime, the more powerful motors are supplied with electric energy by a bigger 18.1 kWh Li-ion battery, resulting in a total output of 302 hp. This figure makes the Prime the most powerful RAV4 ever. Fuel efficiency and pure electric driving range
Since we’re talking about hybrids, both models are highly fuel-efficient. The Hybrid achieves 40 MPG (5.9 liters per 100 km) combined, according to the manufacturer.
The Prime takes it up a notch with 38 MPG (6.2 liters per 100 km) combined and can also be driven for up to 42 miles (67.5 km) on pure electric power, a feat that cannot be accomplished by the Hybrid. Recharging
As their name implies, PHEVs like the RAV4 Prime need to be plugged in to recharge their battery packs while power-split, self-charging models like the RAV4 Hybrid don’t; this much is obvious.
According to Toyota, the Prime takes about 4.5 hours to recharge using a 3.3kW 240V Level 2 charger, or 12 hours using the included 3.3kW, 120V Level 1 charging cable.
Hybrid owners never have to worry about recharging since the small battery can be easily recharged using the motors' and braking system’s energy recuperation capabilities. Towing Capacity and Cargo Space
Since the RAV4 Prime is more powerful, it can tow up to 2,500 lbs (1,134 kg), while the Hybrid can only haul loads of up to 1,750 lbs (795 kg).
However, because it has a much smaller battery, the latter offers slightly more cargo space. The maximum trunk capacity is rated at 37.6 cubic feet (1,065 liters) compared to the Prime’s 33.5 cubic feet (949 liters).
When the second row is folded, the cargo space increases to 69.8 cubic feet (1,976 liters) and 63.2 cubic feet (1,790), respectively. Base price
Let’s face it, most of us have a limited budget when looking for a new vehicle, and that can be the most important factor in many cases.
Starting prices for the Hybrid model range from $28,650 for the base LE trim to $37,180 for the high-end Limited. The Prime is more expensive, with the entry-level SE trim starting at $38,100, and the top XSE model can be bought for $41,425.
Keep in mind that these are Manufacturer's Suggested Retail Prices (MSRP) and do not include shipment costs and additional taxes. Also, it’s worth noting that the Prime is eligible for a federal tax credit of up to $7,500 as well as other state credits, but these are post-purchase incentives.
In conclusion, the RAV4 Prime is more powerful and more fuel-efficient, it can tow heavier loads, and it offers 42 miles (67.5 km) of pure electric driving range. On the other hand, the Hybrid is cheaper, doesn’t require recharging, and offers more cargo space. In the end, it’s up to you to decide which factors are more important.

As this is the hybrid variant, Toyota made it stand out a bit more by painting a part of the headlight blue together with hybrid badging on the fenders. Like all hybrid-powered Toyota models, the. Jul 10, 2020 2021 Toyota Corolla Cross is a new affordable SUV likely headed to America This new Corolla-based SUV has rugged looks and an optional hybrid powertrain. The 2021 Venza is Toyota’s latest offering in the two-row hybrid crossover segment. The first generation Venza ended production in 2015 and now returns after a six-year hiatus. The Venza is an efficient and practical crossover utility vehicle with a focus on comfort and cutting-edge technology.