apachectl is a front end to the Apache HyperText Transfer Protocol (HTTP) server. It is designed to help the administrator control the functioning of the Apache httpd daemon.

The apachectl script can operate in two modes. First, it can act as a simple front-end to the httpd command that simply sets any necessary environment variables and then invokes httpd, passing through any command line arguments. Second, apachectl can act as a SysV init script, taking simple one-word arguments like start, restart, and stop, and translating them into appropriate signals to httpd.

If your Apache installation uses non-standard paths, you will need to edit the apachectl script to set the appropriate paths to the httpd binary. You can also specify any necessary httpd command line arguments. See the comments in the script for details.

The apachectl script returns a 0 exit value on success, and >0 if an error occurs. For more details, view the comments in the script.

In order to stop or restart the Apache HTTP Server, you must send a signal to the running httpd processes. There are two ways to send the signals. First, you can use the unix kill command to directly send signals to the processes. You will notice many httpd executables running on your system, but you should not send signals to any of them except the parent, whose pid is in the PidFile. That is to say you shouldn't ever need to send signals to any process except the parent. There are four signals that you can send the parent: TERM, USR1, HUP, and WINCH, which will be described in a moment. 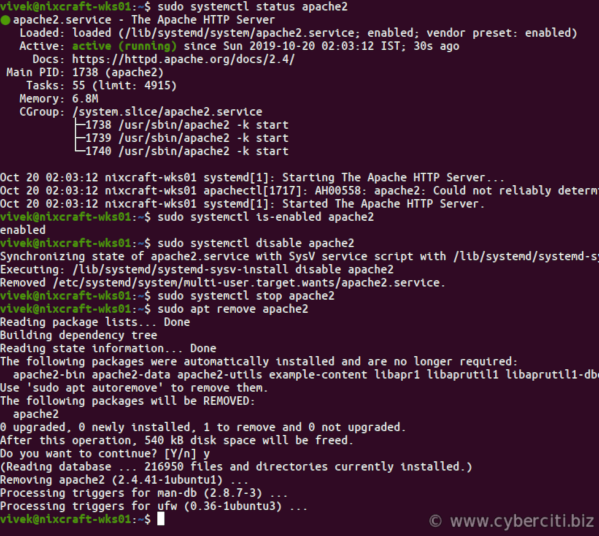 To send a signal to the parent you should issue a command such as: 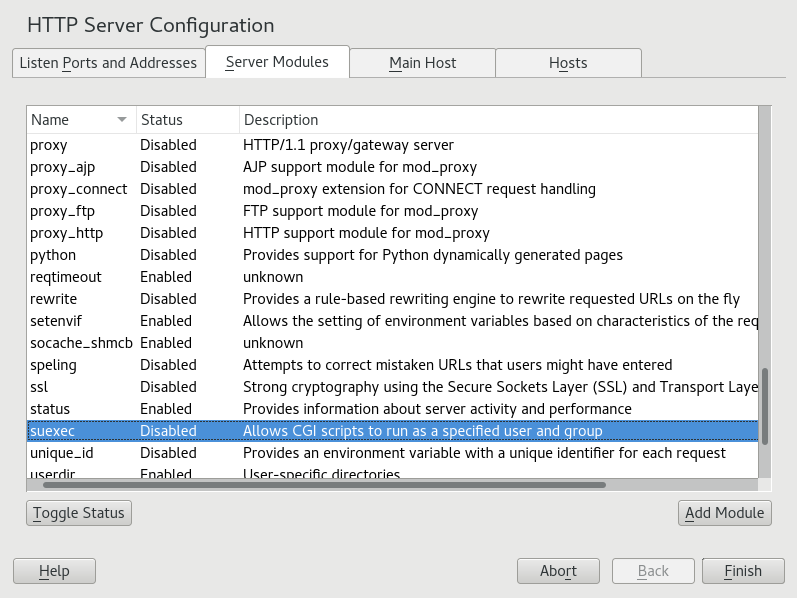 The second method of signaling the httpd processes is to use the -k command line options: stop, restart, graceful and graceful-stop, as described below. These are arguments to the httpd binary, but we recommend that you send them using the apachectl control script, which will pass them through to httpd.

After you have signaled httpd, you can read about its progress by issuing:

How To Stop Apache2 Server

Modify those examples to match your ServerRoot and PidFile settings.