Looking to watch Shazam!? Find out where Shazam! Is streaming, if Shazam! Is on Netflix, and get news and updates, on Decider. Login portal for SHAZAM customers. Get access to account info, SHAZAM ACH, your web rep, and SHAZAM Core. Use Shazam to find out what you're hearing on the radio, in a store, or anywhere else you hear a song. Then check your Shazam library to find songs you’ve identified, and discover new music based on what you’ve Shazamed. Dec 28, 2016 A popular internet theory holds that actor David Adkins, better known as the comedian Sinbad, played a genie in a popular children’s movie released sometime in the 1990s called Shazaam. Looking for online definition of SHAZAM or what SHAZAM stands for? SHAZAM is listed in the World's largest and most authoritative dictionary database of abbreviations and acronyms The Free Dictionary.

Before the holidays, I promised a post-mortem on Shazam!, the big-screen adaptation of the DC comic I’ve been working on since early 2007. In case you’re not familiar with the character, here’s what I wrote when I first announced the project:

Captain Marvel is a superhero roughly as powerful as Superman, minus the heat-vision and cold breath. What’s unique about the character is that in ordinary life, he’s teenager Billy Batson. Speaking the name of the wizard who gave him his powers (Shazam) calls down a magic thunderbolt, transforming him into the studly superhero. But he’s still a teenager in there.
If this to you sounds, “Like Big, but with superpowers,” then congratulations! You now understand Hollywood.

So that you may further understand Hollywood, let me briefly fill you in on what’s happened in the meantime.

I wrote a draft for New Line. Around the time I turned it in, there was a lot of speculation about whether New Line would continue to remain in business, but there was enough enthusiasm that the mini-studio ran the numbers and considered going into production before a potential actors’ strike. (The WGA strike hadn’t yet happened, but it looked inevitable.) Director Pete Segal was busy on Get Smart, costarring Dwayne Johnson, and rumors began building that The Rock would play Black Adam. A lot of people liked that idea, me included.

I would describe this draft as a comedy with a lot of action. It mostly centers on Billy Batson getting and learning how to use his powers, and discovering what happened to his parents that left him an orphan. One of the appeals of the project is that Billy is a comic book hero who actually reads comic books. Black Adam ultimately becomes the adversary, but he works much like Voldemort in the Harry Potter movies — a dark force to battle at the end, not a constant presence throughout. I wrote the draft I had pitched, and was very happy with how it turned out. I got notes from New Line and the producers — mostly about set pieces, and keeping Black Adam from becoming too sympathetic — but before I could get started, the WGA went on strike. I couldn’t write, nor did I talk to anyone involved for 100 days.

When the strike was over, Shazam! was suddenly a Warner Bros. movie.1 The new executive at Warners said he agreed with the New Line notes, and told the producers I should go ahead with my rewrite. We weren’t on the official production schedule, but there were discussions about budgets and timelines. We were definitely Pete Segal’s next movie, and many of the stories coming out of the press junkets for Get Smart were about Shazam.

When we turned the new draft in to the studio, we got a reaction that made me wonder if anyone at Warners had actually read previous drafts or the associated notes. The studio felt the movie played too young. They wanted edgier. They wanted Billy to be older. They wanted Black Adam to appear much earlier. (I pointed out that Black Adam appears on page one, but never got a response.)

I expressed my frustration that I’d wasted months of my time and a considerable amount of the studio’s money on things that should have been discussed at the outset. I asked for a meeting with the executive in charge. He and I had one phone call, then I got a new set of notes that didn’t gibe with what we had discussed. (The written studio notes, I will say, were well-considered. I disagreed with the direction they were taking the movie, but they were thorough and self-consistent.) 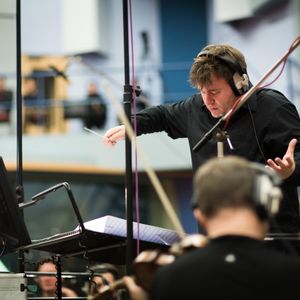 In retrospect, I can point to two summer Warner Bros. movies that I believe defined the real issue at hand: Speed Racer and The Dark Knight. The first flopped; the second triumphed. Given only those two examples, one can understand why a studio might wish for their movies to be more like the latter. But to do so ignores the success of Iron Man, which spent most of its running time as a comedic origin story, and the even more pertinent example of WB’s own Harry Potter series. I tried to make this case, to no avail.

I was under contract to deliver one more draft. So I took them at their (written) word and delivered what they said they wanted: a much harder movie, with a lot more Black Adam. This wasn’t “Big, with super powers” anymore. It was Black Adam versus Captain Marvel, with a considerable push into dark territory and liminal badlands like Nanda Parbat. It wasn’t the action-comedy I’d signed on to write, but it was a movie I could envision getting made. The producer and director liked it, and turned it in to the studio while I was in France.

By the time I got back, the project was dead.

By “dead,” I mean that it won’t be happening. I don’t think it’s on the studio’s radar at all. It may come back in another incarnation, with another writer, but I can say with considerable certainty that it won’t be the version I developed.2

Yes, that sucks. And obviously, I can only share my interpretation of what transpired. There were dozens of meetings and phone calls in which I had no participation. As a reader, you should certainly consider the possibility that I wrote shitty scripts they simply didn’t want to make. Because Warners controls copyright on them, I can’t put them in the Library for you to read yourself. So you have to decide whether to take my word on it.

The larger point of this retelling is to help readers understand that at every level in a screenwriter’s career, there are projects that simply don’t happen, mostly for reasons you couldn’t anticipate at the outset. I’ve had good experiences at Warner Bros. (Charlie and the Chocolate Factory, Corpse Bride) and bad experiences (Tarzan, Barbarella). My next movie is at that studio, so while I’m frustrated by the way they handled this project, I have no axe to grind. When they have a movie they want and support, they’re top-notch. 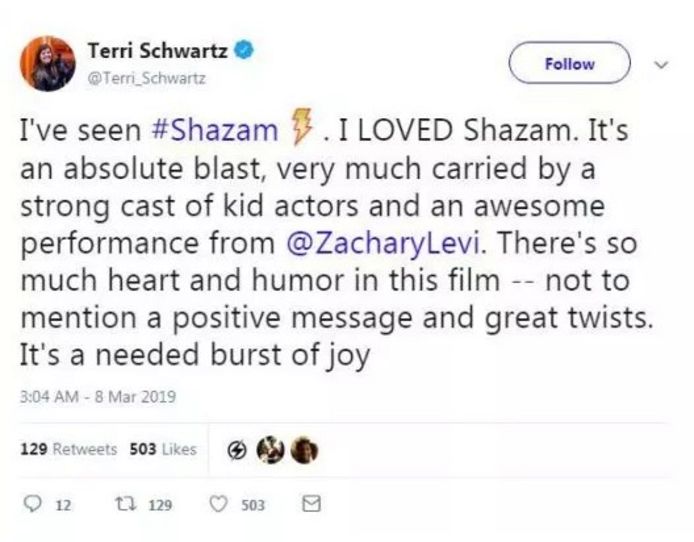 I got paid well to write Shazam, and I get to keep that money. The real cost is an opportunity cost — the other projects I could have written that might be in production now. More than anything, that’s one of the reasons production rewrites are so appealing to established writers: you know those movies are going to get made.

Also softening the blow is that I’m already writing a new project, one I might have had to pass up if Shazam had dragged on any further. The first half of 2009 is going to be very busy. So while I’ll miss Shazam, and the movie it could have been, I won’t feel too bad if this is the last post I ever write about it.