The reticulate package provides a comprehensive set of tools for interoperability between Python and R. The package includes facilities for:

Reticulate embeds a Python session within your R session, enabling seamless, high-performance interoperability. If you are an R developer that uses Python for some of your work or a member of data science team that uses both languages, reticulate can dramatically streamline your workflow!

Markdown is one of the simplest document languages around, that is an open standard and can be converted into.tex.docx.html.pdf, etc. This is the main workhorse of RMarkdown and is very powerful. You can learn Markdown in five (!) minutes Other resources include and this cheat sheet. Math extension for Python-Markdown. Official examples and reference documentation for dcc.Markdown. Dcc.Markdown is a dashcorecomponents component.

Install the reticulate package from CRAN as follows:

By default, reticulate uses the version of Python found on your PATH (i.e. Sys.which('python')).

The use_python() function enables you to specify an alternate version, for example:

The use_virtualenv() and use_condaenv() functions enable you to specify versions of Python in virtual or Conda environments, for example:

See the article on Python Version Configuration for additional details.

You can install any required Python packages using standard shell tools like pip and conda. Alternately, reticulate includes a set of functions for managing and installing packages within virtualenvs and Conda environments. See the article on Installing Python Packages for additional details. 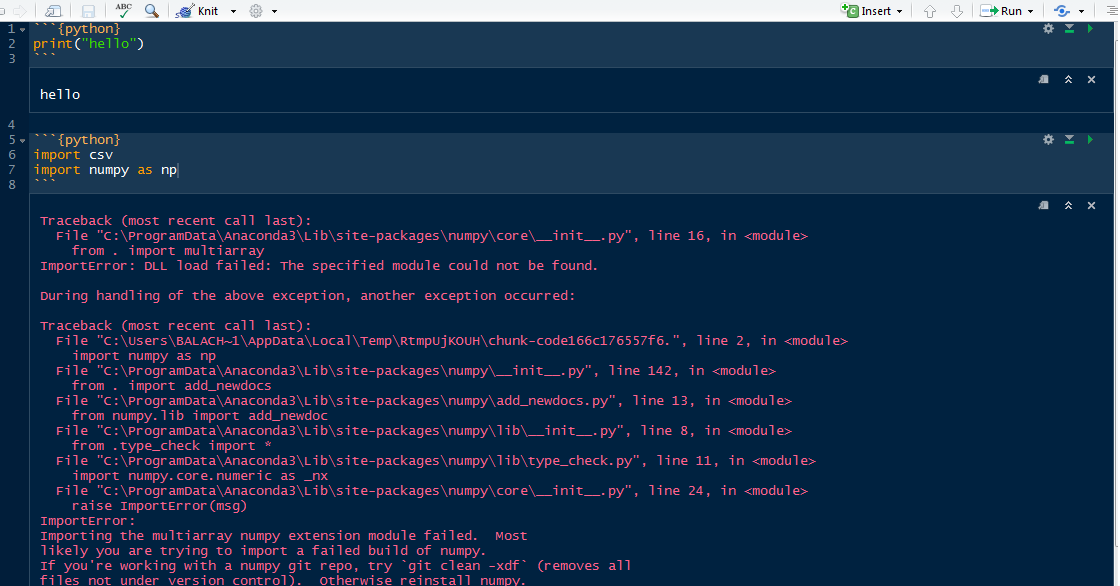 There are a variety of ways to integrate Python code into your R projects:

Each of these techniques is explained in more detail below.

The reticulate package includes a Python engine for R Markdown with the following features:

Built in conversion for many Python object types is provided, including NumPy arrays and Pandas data frames. For example, you can use Pandas to read and manipulate data then easily plot the Pandas data frame using ggplot2:

Note that the reticulate Python engine is enabled by default within R Markdown whenever reticulate is installed.

Functions and other data within Python modules and classes can be accessed via the $ operator (analogous to the way you would interact with an R list, environment, or reference class).

See Calling Python from R for additional details on interacting with Python objects from within R.

You can source any Python script just as you would source an R script using the source_python() function. For example, if you had the following Python script flights.py:

Then you can source the script and call the read_flights() function as follows: 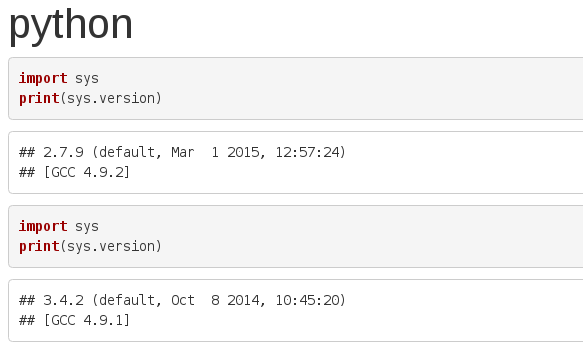 If you want to work with Python interactively you can call the repl_python() function, which provides a Python REPL embedded within your R session. Objects created within the Python REPL can be accessed from R using the py object exported from reticulate. For example:

Enter exit within the Python REPL to return to the R prompt.

Note that Python code can also access objects from within the R session using the r object (e.g. r.flights). See the repl_python() documentation for additional details on using the embedded Python REPL.

When calling into Python, R data types are automatically converted to their equivalent Python types. When values are returned from Python to R they are converted back to R types. Types are converted as follows:

The following articles cover the various aspects of using reticulate:

From the Wikipedia article on the reticulated python:

The reticulated python is a species of python found in Southeast Asia. They are the world’s longest snakes and longest reptiles…The specific name, reticulatus, is Latin meaning “net-like”, or reticulated, and is a reference to the complex colour pattern.

From the Merriam-Webster definition of reticulate:

The package enables you to reticulate Python code into R, creating a new breed of project that weaves together the two languages.