Helium demand is outpacing supply, by up to 15% according to some estimates. Many fear the privatization of the US helium reserve will create further uncertainty and cause even more chaos into an.

Responsible Helium Administration and Stewardship Act (H.R. 527) is a common sense plan to sell helium from the Federal Helium Reserve in a responsible manner to prevent a global shortage, protect jobs and the economy, and ensure a fairer return for taxpayers.

Q. Why was the Federal Helium Reserve created?
Q. What did the 1996 law do?
Q. Why does Congress need to take action and pass new legislation?
Q. What does H.R. 527, Responsible Helium Administration and Stewardship Act, do?
Q. What is helium used for today?
Q. Who supports H.R. 527?
Q. Why should the federal government remain in the helium business?
Q. Are there other domestic sources of helium?
Q. Will helium auctions disrupt the Nation’s helium supply and create instability in the market?
Q. Will this bill interfere with private business contracts?
Q. Will federal research labs and defense agencies still be able to get access to helium?
Q. Will the bill create price instability?
Q. Why not authorize a continuation of the current program?
Q. Does the Administration support H.R. 527?

Q. Why was the Federal Helium Reserve created?

The Federal Helium Reserve in Texas, operated by the Bureau of Land Management (BLM), is currently responsible for 30 percent of the world’s helium supply and more than 50 percent of our domestic helium supply.

It was originally created in 1926 to help the U.S. keep pace with global advancements in military technologies, such as blimps. As we all now know, blimps failed to become essential to our national defense purposes and the U.S. was left with a large reserve of helium that had declining usefulness. But in classic government form, the government kept spending money to fill the Reserve until the 1980’s, even when it was very clear that the original need for the Reserve was no longer necessary. By the 1990s, the helium program had racked up a $1.3 billion debt and Congress voted in an overwhelmingly bipartisan fashion to privatize the program. Click here to learn more about the history of the Federal Helium Program.

Q. Why does Congress need to take action and pass new legislation?

There are two main issues H.R. 527 will address:

The Government Accountability Office (GAO) and the Department of the Interior Inspector General (IG) have issued reports highlighting that the low federal price means that taxpayers aren’t getting the best return for this resource.

In addition, the IG has stated the BLM does not have the tools or capability of tracking a market price of helium.

The cheap price of federal helium also creates disincentives for helium users to invest in conservation and recycling, it gives an unfair market advantage to the handful of companies that are allowed to purchase helium, and it can depress exploration for new sources of helium.

Q. What does H.R. 527, Responsible Helium Administration and Stewardship Act, do? 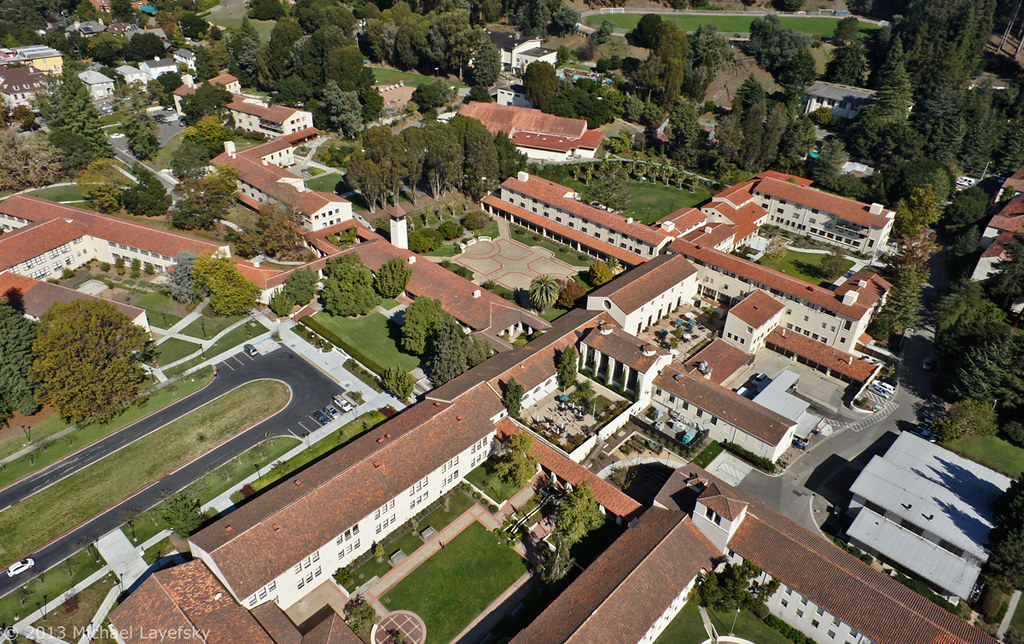 This bipartisan bill, introduced by Natural Resources Committee Chairman Doc Hastings (R-WA), Ranking Member Ed Markey (D-MA), Rep. Bill Flores (R-TX) and Rep. Rush Holt (D-NJ), would build on the reforms made in 1996 to better reflect the uses and demands for helium in the year 2013.

It would prevent global helium shortages and promote market-based reforms by implementing a three-phase system, that would include semi-annual actions, for operating the Federal Helium Reserve over the next decade until the Reserve is emptied of helium. This would ensure that there remains a stable, predictable supply of helium and that taxpayers are getting a fair return for this resource.

Other notable provisions in the bill include:

Q. What is helium used for today?

From high-tech manufacturing to hospitals and scientific labs – our economy and lives in the 21st century are dependent on this lighter-than-air gas. Helium is essential to the manufacturing of computer chips and fiber optic cables, is used by hospitals for life-saving medical tests like an MRI, and is critical to national defense efforts.

Unfortunately, the impending shutdown of helium sales from the Federal Helium Reserve would create an immediate worldwide helium shortage, threatening our economy and costing tens of thousands of American jobs.

Examples of Helium Uses in the U.S.

H.R. 527 is supported by numerous businesses and organizations that depend on a stable supply of helium, including:

Q. Why should the federal government remain in the helium business?

This bill is necessary to protect our economy from severe disruptions because helium is too essential to suddenly shut off the valve at the Reserve. This bill recognizes that reality and builds on the reforms made in 1996 to sell off the helium in a more competitive and responsible manner. This will prevent a potentially economically crippling shortage, it will ensure a better deal for taxpayers, and it will provide additional time for new development of alternative domestic helium resources so our country and economy is prepared when the Reserve does close.

Q. Are there other domestic sources of helium?

The Federal Helium Reserve currently supplies 30 percent of the world’s helium supply. While there are other sources, the low federal price for helium created no incentives for private companies to develop these resources. H.R. 527 would help promote new development of domestic helium resources so our country is prepared when the Reserve does close.

Q. Will helium auctions disrupt the Nation’s helium supply and create instability in the market?

The greatest threat to our Nation’s helium supply is inaction by Congress. The federal helium program will shut down under current law around October 1, 2013, when BLM makes the final payment of the debt to the treasury. Congress must act to establish a new helium program to finalize the selloff of the helium from the Reserve.

Under H.R. 527, regular auctions will allow all helium refiners, distributers and consumers to participate in procuring helium from the Reserve, rather than the current system which allots nearly all of the helium to a limited number of companies. It will allow consumers to obtain a consistent supply of helium to fulfill their contracts and use competition to set prices and ensure that taxpayers get the best return on their investment. Anyone who needs a supply of helium will be able to bid for it at the auction. This helium can be procured for regular use, or to store as a reserve when volume distribution swings occur, such as when the BLM shuts down the reserve for scheduled maintenance. If a company’s helium needs are not fulfilled by one auction, it will only be a short time until the next one.

Q. Will this bill interfere with private business contracts?

Where Does Helium Come From

According to the terms of the contract between the BLM and current refiners along the pipeline, the contract is made contingent upon Congress making the necessary appropriations and authorization to continue the current program each fiscal year. The U.S. government is released from any and all liability due to Congress not making such appropriations or changing the laws or regulations of the program. Further, the force majeure section of the contracts recognizes acts of Congress can legally force the end of the contract.

Further, if nothing is done, the BLM helium program will end in October 2013 when the debt will be paid off and the BLM will no longer be authorized to sell the helium. When the program ends, any and all contracts also end. Even if the program were to continue in its current form past October, these current contracts would subsequently be voided and have to be renegotiated.

Q. Will federal research labs and defense agencies still be able to get access to helium?

The Federal Helium Reserve was originally created for federal users. After the Reserve is closed to commercial purchasers (when there is 3 billion cubic feet of helium remaining in the Reserve), it will be exclusively for use by federal users.

Further, because this legislation opens up the helium market to all helium users, rather than solely the refiners, it will allow the federal government and research labs to have more options for where they can procure federal helium rather than being limited only to the refiners.

H.R. 527 will simply allow BLM to sell this taxpayer resource closer to market value through an auction process. It is currently being sold at significantly below market value. Reports from the DOI-IG and GAO estimate that the federal government is losing tens of millions, and potentially hundreds of millions, of dollars each year by under pricing helium from the Reserve. This bill includes multiple provisions to allow for price transparency, prevent collusion and monitor fair practices. It allows the Secretary to set the price based on a contract survey if the Secretary believes the BLM price is inaccurate. Under this legislation, all users will always know for how much the BLM helium is being sold.

BLM’s under pricing of helium harms the development of new sources of helium, research of alternatives for helium in uses, and conservation of this valuable resource.

Q. Why not authorize a continuation of the current program?

The current program puts nearly 100% of our Nation’s helium supply in the hands of four refiners located along the pipeline. Rather than selling the helium for the best possible price for the taxpayers, each refiner is annually allotted a certain percentage of the helium for a price that was legislatively set in 1996 legislation. This puts a significant portion of the U.S. economy that relies on helium in the hands of an extremely small number of companies. The current process allows for no transparency, and allows refiners to cut off helium supplies to its customers with little notice. Further, as BLM has no way to track the market price of helium, they are forced to sell this taxpayer resource at the low price authorized in the 1996 Helium Privatization Act, while the taxpayer loses millions of dollars in the process.

Q. Does the Administration support H.R. 527?

Where To Buy Helium Gas

The Administration believes that an auction is sufficient to provide helium to the market and that more price transparency should be incorporated into the process. BLM has said that it can implement this legislation without a lengthy rulemaking process.