The prime reason why I like to keep Dropbox in Favorites is to be able to access it a bit easily. Here is how you can quickly add this cloud-based app to Favorites in Finder on your Mac. How to Add Dropbox to Favorites in Finder Sidebar on your Mac. First off, open Finder on your Mac. There's a quicker way: all you need to do is enable Dropbox's screenshot-sharing feature on your Mac or PC. Open your Dropbox app preferences (click the Dropbox icon in your menu bar, click the gear icon, then select Preferences), select the Import tab, and check the Save screenshots using Dropbox box. Downloading Dropbox. Your Dropbox download should automatically start within seconds. Once the download finishes, click Run to start installing Dropbox. Open your Dropbox folder. To find it, click the Finder icon in the Dock (a smiling blue and gray Mac logo), then click Dropbox in the left panel. This folder is like your Dropbox “home,” meaning that anything you add to this folder will be synced to your Dropbox account so you can access them from anywhere.

This is a story I never had any intention of writing. Dropbox updated its file-sync application for Mac last month, and the new version contains an annoyance that I would like to eliminate.

I figured this wouldn't be difficult, let alone newsworthy: I'd contact Dropbox, explain the problem, and find out if there's any way for me to change the annoying behavior. If there wasn't, I'd recommend that they make a small change to their app, and hopefully my message would be passed along to their development team and they'd eventually make a change.

Instead, I learned something both frustrating and fascinating: there are numerous Dropbox support employees who apparently have never used their company's Mac application and do not understand how it works. As a result, Dropbox's users have to explain to Dropbox employees how Dropbox's application works on the Mac.

As a division of labor, it probably makes sense for some support reps to specialize in Dropbox for Windows, or Dropbox for Mac, or Dropbox for mobile devices, etc. But when Dropbox rolled out a major change to its Mac application, it had support reps replying to Mac users without knowing what they were talking about. I don't blame the individual support reps—Dropbox the company needs to make sure its employees are prepared to answer user questions, especially in advance of major changes that will inevitably lead to a rise in user complaints. That didn't happen this time.

Dropbox wants to be front and center

To summarize, the problem is this: Dropbox now opens a new file browser and an associated Dock icon every time it starts, even if you don't want it to. If you're not familiar with Macs, the Dock is the line of applications on the bottom of the screen (or the side, if you've moved it in the settings) and serves the same function as the Windows Taskbar. If my computer restarts or if Dropbox restarts, the new Dropbox window that I don't want pops up in the Dock:

This isn't a huge deal, as I can quit Dropbox's new file browser and get rid of that Dock icon each time my computer starts up. I'm not going to stop using Dropbox—I've been paying the company $138 a year for 2TB of storage and for 12 months' worth of file history, which saves all deleted files and revisions to files. (It's going up to $158 next time I get billed, in February.) It's worth it to me because Dropbox still works great, while the alternatives have always been unreliable or disappointing in other ways when I've tried them. I'll get into that more later in this article.

But the Dock icon and window is a major change in how Dropbox presents itself to users. Dropbox has always been the kind of application that is there when you need it and gets out of the way when you don't. Dropbox's syncing and file-sharing features are integrated with the Finder (the Mac file manager), and there's a little icon in the Mac's Menu Bar at the top of the screen for when you need to change a setting.

But now, Dropbox wants to be front and center at all times. The company built its own file browser to replace what's already available in the Mac Finder, and it opens that new file manager every time Dropbox starts. We wrote about it last week when Dropbox started rolling it out to more users. I've had it for more than a month since I somehow ended up in Dropbox's Early Access program.

You can use the Mac's Command-Q shortcut to quit the file browser, and the new Dropbox window and Dock icon will disappear—as long as you've also disabled the Mac feature that shows recent applications in the Dock. You can fix the other major problem by going into Dropbox settings and choosing 'Open folders in Finder' instead of 'Open folders in Dropbox.' That way, if you click the Dropbox Menu Bar icon and then click a file, it opens in the Mac's native file manager instead of Dropbox's own file manager. You have to change the setting because Dropbox's new app automatically switches the default from the Finder to Dropbox's new file browser.

Dropbox does keep syncing in the background after you quit the new file manager, and the useful Menu Bar icon will still be there. But you have to do this every time you restart your Mac, or every time Dropbox restarts. No matter what settings you choose, the new file browser and corresponding Dock open every time Dropbox starts. I suspect many people will just leave it in the Dock because they may not realize that Dropbox will continue running normally even if you 'quit' the file browser.

So what does this have to do with Dropbox support employees? Well, it turns out they don't know that it's possible for Mac applications to run without a Dock icon even though that's exactly how Dropbox worked for a decade. And they've been giving bad advice to users who want to change back to the old way of doing things.

Because multiple Dropbox employees are making this mistake, I assume this is a failure at a higher level. Dropbox made a major change to how its Mac application works, but it doesn't seem to have fully explained that change to its support reps. You'd think Dropbox would make sure its support reps have a baseline understanding of how its Mac app works and how the Mac Dock works before they have to respond to Mac users, but that hasn't been the case.

Check out this support thread that began a month ago with the title 'Can't remove Dropbox icon from Mac OS Dock.' The user who started the thread wrote: On the Mac, in the past, I've liked just having a small discrete Dropbox icon on my menu bar to monitor things and then accessed my files from the Finder.

After a recent update to the 'new' Dropbox, the Dropbox application itself now opens itself and slaps a big Dropbox icon in my Dock which I don't want there.

Trouble is, if I select to not open Dropbox on login, then the menu bar icon also doesn't appear and syncing doesn't take place at all.

How do I stop the Dock icon appearing on startup? 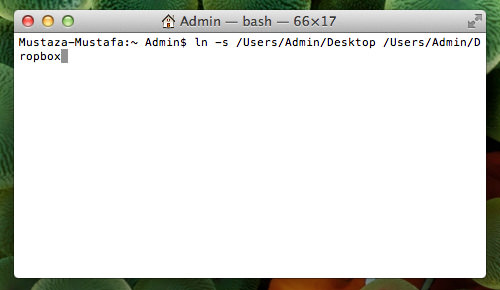 Pretty simple request, right? Except the Dropbox employee who responded told the user that it's impossible for Mac apps to not have a Dock icon, even though that's simply not true. 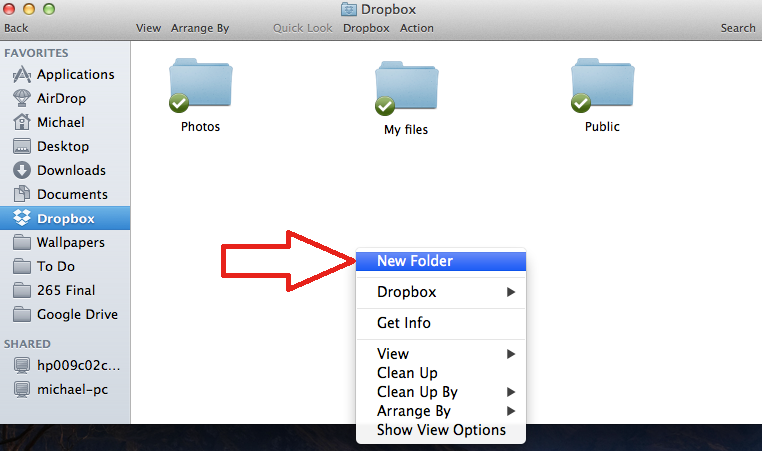 [W]hile it would be worth noting that all active programs will appear on the Dock while they are open, kindly note that it will not be possible to remove it from there without removing the app altogether. From there, I've already made sure to note your thoughts in my report internally, since this would be some great feedback for our team devs.

The statement that 'all active programs will appear on the Dock while they are open' is false, as many Mac applications just appear in the Menu Bar and work in the background. That's how Dropbox worked until a month ago, that's how Dropbox's competitors still work, and yet some Dropbox employees think it's impossible. Many other Mac apps that can appear in either the Dock or Menu Bar let you disable the Dock icon, and Dropbox could easily do this by adding a checkbox to its app settings.

There's another strange response from a Dropbox employee in that support thread, in which the support rep suggests disabling Dropbox's ability to start up automatically upon logging in to the Mac. Yes, that would prevent the Dock icon from appearing, but it would also prevent Dropbox from working at all.

I contacted Dropbox on Twitter on June 13 and was told that there is no way to disable the launching of the Dock icon. The Dropbox employee who responded to me in that tweet did seem to understand the problem, but my further attempts were all answered by employees who don't understand how the Dropbox for Mac app works.

I contacted Dropbox by email on July 9, and an employee responded the next day with the following suggestion:

If I understand correctly, your current issue is that the Dropbox desktop application dock icon is getting in the way when using your device, is that correct?... As dock icons are associated to the settings on your Apple device, doing a quick internet search as to 'how to hide dock icons' might possibly yield the results you are looking to achieve.

Similar to the Dropbox rep in the support thread, the Dropbox employee responding to me seemed to think that it's impossible for a Mac app to operate without a Dock icon unless a user finds some unsupported hack that changes how the app works. While it's possible to hide some Dock icons by editing each app's info.plist file, this didn't work when I tried it with Dropbox. And it's better for the app to support Dock hiding officially because a user messing around with how an app works can lead to unintended problems.

I responded to the Dropbox employee and explained that Dropbox never opened a Dock icon until recently, that there is no way for me to change how the Dropbox app works, and that Dropbox's development team should surely know that it intentionally made this change. I also asked the employee if he has used the Dropbox for Mac application recently because I wanted to make sure I could talk to someone who understands what the Dock is and how it works.

How To Open Dropbox On Mac 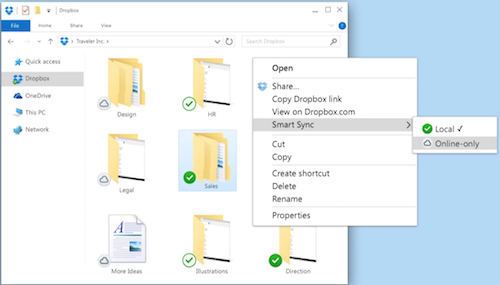 In his next email reply, the Dropbox employee did not answer whether he has ever used Dropbox for Mac. But, he told me, 'As you mentioned there is no way for you to hide the Dropbox dock icon, I have passed on your feedback to my development team for you.'