“What’s the name of this song?” This is a frequently asked question when a song flew through your ears. Often, you will forget about this song if there is no answer from your friends. But now, you can find out the name of a song within a minute as long as you have a Mac or PC that is connected to the internet and able to online. All you need is to access to Shazam online version and put your microphone close to the song or music you want to identify. Shazam will then recognize the song and tell you the name, artist, and return the full information to you including lyrics if it is available in the online database.

Wow! How much does it cost for such a wonderful application? It is FREE! Yes, Shazam is a free app for everyone. It is available in the Apple App Store as well as Google Play Store for free. Anyone who owns an iPhone, iPad, iPod Touch, Windows Phone, Blackberry, Nokia, Android device, Mac, or PC can download this app at zero cost. PC users can also download Shazam for PC and use it anytime on your Windows 8, Windows 7, and Windows XP. As for Mac users, you can download Shazam from Mac App Store with just a click. Shazam Mac version works on an iMac, Mac mini, MacBook Air, MacBook Pro and other Mac OS X devices perfectly. It works exactly as it should like on the iPhone, iPad and iPod Touch.

On the other hand, Shazam is also available online. Any Shazam members can access the online version and use the app for free without the need to install the software to a Mac or PC. Shazam online version is definitely perfect for people who do not prefer to download and install Shazam on their computer or desktop.

How to Use Shazam Online

It is extremely easy to use Shazam online version especially if you know how does Shazam work. There are two types of account – the free one and the premium one. The premium one comes with a lot extra features but the free version is already good enough for identifying little known songs by tags. In order to use Shazam online, you will need to access to its official website at Shazam.com from your Mac or PC. Log in to your account if you already have one otherwise you can register a new account using your Facebook account. Once the registration is done, click on the MY SHAZAM button on top and you will see all the functions and features there. Shazam online version allows you to find music by searching the artists, album, track, or all.

Without doubt, Shazam is undeniably one of the best music identifying software available on earth today. However, there are a few alternatives you can try online for free. The first one we would like to recommend is Midomi. Midomi is a music-identifying app that detects song though your Mac, PC, or mobile device’s microphone and display the information of the song. Midomi also links the song to iTunes store in its result and you can purchase the track right away. Often, Midomi gives you a 100% success rate when you try to identifying a song.

Musipedia is another great alternative to Shazam. It is a music search engine that allows you to search for an unknown song. Musipedia is definitely only one of its kind because it comes with online tools that allow you search a song by its melody or tune. Users can draw piano notes with a mouse or upload a melody to search for the song information. This is definitely a brilliant software for music lovers. 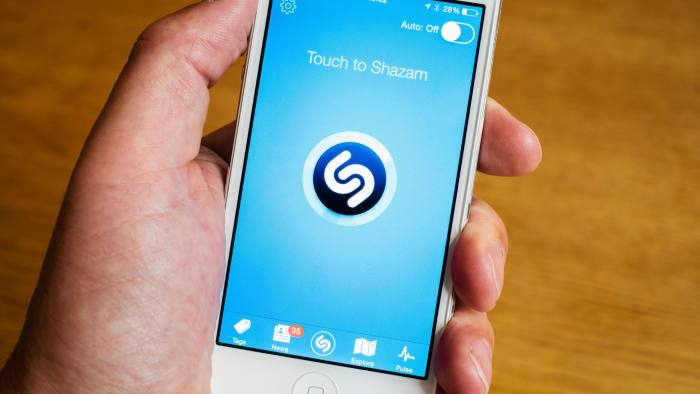