Compact crossover class offers some of the best-selling models in the market. The standard offer can be upgraded with additional features and trim packages. Nevertheless, some carmakers are well-known for the premium offer. German carmakers are a synonym for quality, luxury, and reliability. Nevertheless, there are also premium brands of Japanese companies, as well as domestic Lincoln and Cadillac. Let’s not forget vehicles from the UK and their exceptional offer.

So, compact luxury SUVs are offering everything at a higher level. Safety, premium materials, and more powerful engines than we got used to with small crossovers are making these vehicles more expensive. Is it worth of spending extra? Well, it is up to buyers. Here is the list of vehicles we expect to see in 2022 and changes fans can expect.

This is one of the most famous luxury crossovers in the compact segment. Audi’s flagship model is redesigned for 2021, but the premiere might be postponed for the following season because of the COVID-19. Nevertheless, chiefs are optimistic and the vehicle was introduced already, in the middle of a pandemic.

The new look will definitely draw more attention, no matter if the vehicle appears next season or as the 2022 Audi Q5. We would also like to see the long-wheelbase Q5L model with extra space for passengers. Furthermore, the company plans the electrification, but before we see Q5 EV, the Q4 E-Tron is about to debut.

Read more about the model that will be postponed for 2022: 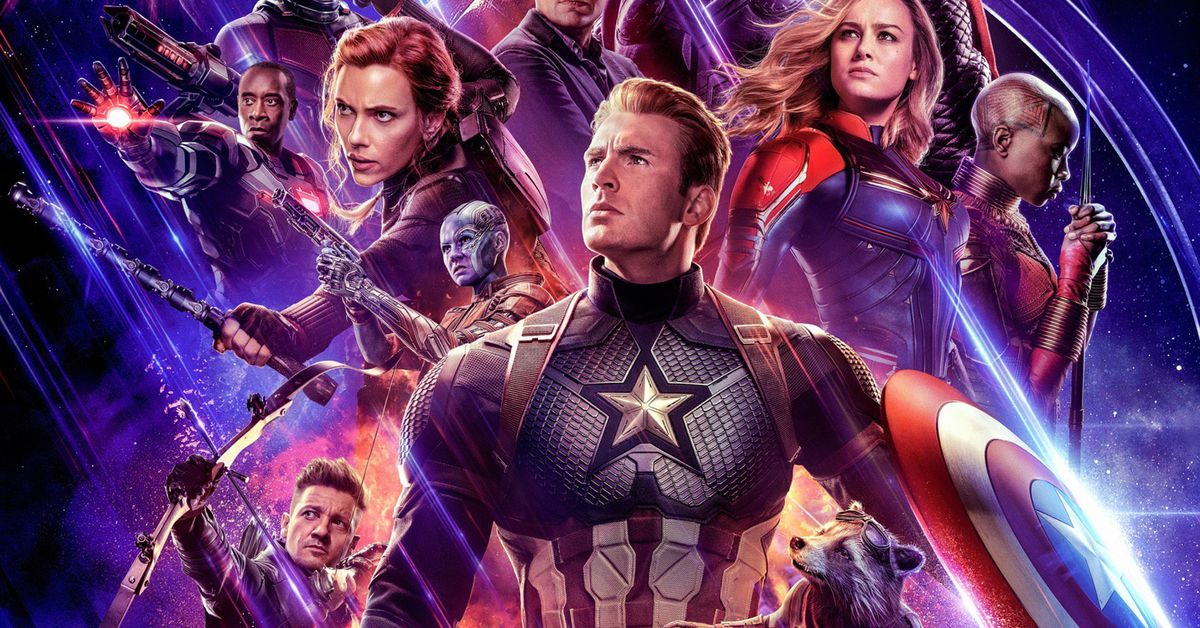 The vehicle that climbs up the pyramid of popularity. Last season, it ended up as the best-seller in the luxury compact segment. The 2022 BMW X3 is probably coming without huge changes. The latest generation was introduced in 2018 and this season the German company brought the electric iX3 version. In the future, fans might see the Alpina model with more power and more luxurious features. Besides the all-electric crossover, the X3M is among the most popular units in the market. There will be more than 500 ponies available with the additional Competition package, which is an exceptional result even for larger SUVs.

Although refreshed this year, the new 2022 Mercedes GLC will be completely redesigned. Spy photos are confirming rumors. It seems the crossover will be larger than before. The question is – will the GLC become a seven-seater? The German carmaker made its new GLB with three rows of seats and the same could happen to its older brother. The star of the lineup is definitely the AMG version with a 4.0-liter V8 engine and 470 hp. We recommend you pay attention to the new MBUX infotainment system, which is one of the best you will find in the market.

Another German luxury crossover goes electric. This is not a surprise since the same company owns Porsche and Audi. Still, Macan is considered as the more luxurious just because of the carmaker’s badge. Well, there is also the starting price, which is above $50,000.

The 2022 Porsche Macan is introducing another model. The company keeps the entire lineup – base, S, GTS, and Turbo. Besides the electric drivetrain, the crossover might also introduce the Turbo S as the best performer in the class. The bad thing is that price could go up to the six-digit realms.

The 2022 BMW X4 is the mechanical twin to the X3. However, it brings the coupe styling for the more aggressive appearance. While some rumors report that the vehicle with the standard body style could get the third row, the coupe model is definitely not going to offer more than 5 spots. Even now, passengers at the back could feel the lack of space caused by the sloped roofline. The outputs are the same as for the X3, but the driving impression is more car-like. The 2022 BMW X4 will follow the changes its siblings is introducing, meaning we could see the all-electric version.

Who would say – VW and Audi were under the investigation about the diesel engines and emissions, and now, these companies are becoming clean carmakers. The Audi Q4 E-Tron will be positioned between Q3 and Q5 with the size, but the drivetrain is something new. Last year we saw the concept and now the new details leaked. The all-electric will be able to deliver 300 hp and sprint to 60 mph in 6 seconds. This is worse than Tesla Model Y can do. Still, the Audi Q4 E-Tron will have a better range with 280 miles. Also, the company is working on fast chargers which will speed up the time needed to refill.

GLB is the freshest model in the lineup. In a couple of years, it will be ready for the update. There are a lot of possibilities for the 2022 Mercedes GLB since the current edition is offering only a single drivetrain. So, we expect to see the AMG or even the all-electric model. It should be called the EQB. The compact crossover will compete against the BMW iX3 and Audi Q4 E-Tron. The 2022 Mercedes GLB will be more capable for off-road drive. That is why some call it Baby G-Class. Boxy styling also reminds us on the super-luxurious full-size SUV. Until the new versions arrive, the GLB will offer 220 hp and start under $40,000.

We saw the new XC60 at Geneva car show. But, the company will bring the new generation of the compact luxury crossover as the 2022 Volvo XC60. After five years, the Swedish carmaker is completely redesigning the small SUV. It is already one of the rare models with the PHEV configuration. The next edition is going to introduce an all-electric model, we are sure. The XC40 is already here, while the XC90 mid-size EV SUV is also coming. Volvo is not going to leave the compact luxury crossover behind.

A lot of updates will be here in 2022 for the compact luxury crossover class. By that time, the new Acura RDX will be ready for the mid-cycle update. We expect a few things, but the manufacturer is not making anything official yet. Its larger sibling, MDX, is available with a hybrid unit, and we could see the 2022 Acura RDX with the powerplant that will provide extra power and mileage. At the high-end, fans could expect to see the Type S. Honda might revive the badge to lure the attention.

Some of the changes were planned for the next season:

Nissan and its premium branch Infiniti will introduce a lot of new models in the next two seasons. The redesign of QX60 and QX80 are priorities, and these SUVs will be available already in 2021. On the other hand, the 2022 Infiniti QX50 will come alongside its new sibling, coupe-crossover QX55.

Besides the new look, the crossover is going to introduce updates under the hood. Actually, the next drivetrain might be installed under seats. The electric battery will power the 2022 Infiniti QX50. The new Nissan Ariya concept will underpin future small SUVs, and it is about to be adapted for the luxury class.

The 2022 Lexus NX will start the new generation of the compact luxury crossover. Well, it is about time, since the car was introduced in 2014. Still, with a few updates, Lexus managed to maintain the NX at the top of sales charts. So, now all eyes in the automotive world are on the next-gen model. What does the Japanese carmaker is preparing?

If we take a look at the non-premium class and the Toyota Rav4, we can be sure that plug-in hybrid is the new powertrain for the 2022 Lexus NX. But, let’s wait for the official debut. Until then, take a look at how the crossover can look like at CarBuzz.

Corsair is an all-new model, debuted this season. Ford will continue to upgrade the lineup with a few more options. Enthusiasts were surprised by not seeing the Black Label model as part of the lineup. So, this should be one of the upgrades for the upcoming model. A hybrid or a PHEV is possible. Still, the company is not releasing any details about the crossover that will be here in more than a year. Here is what’s new for the 2021 MY.

The new Caddie didn’t take too much time before it became one of the most popular vehicles in the lineup. It’s been a while since its debut and we can now expect the new generation. Since the 2020 YM brought a modest refresh, and the COVID-19 pandemic put all the new debuts on the break, we expect to see the next-gen 2022 Cadillac XT5 in a year or so.

The vehicle is already using a pair of potent engines. Like many of its rivals, the Cadillac will be on the path of all-electric vehicles. The Lyriq concept is already official, while another EV we could see by the GM is Hummer SUV.

Since the XT5 is heading to the new generation, we believe the 2022 Cadillac XT4 is not going to introduce too many cosmetic updates. Still, this crossover was the first to come with a turbocharged 2.0 engine, while the XT5 debuted with this unit in 2020. If we continue to compare two siblings, we will find out the difference in price and size. The XT4 is smaller and more affordable. The next-gen XT5 is going to increase the price, and the more compact crossover will keep the MSRP around $36,000 until the next update.

The new Jaguar F-Pace is on the way, but it will be delayed for 2022. Spy photos unveil the fresh styling, but the heavy camo is hiding details. We can spot the new front and rear fascia. Of course, headlights and bumpers will complete the redesign. The F-Pace is going to adopt the styling of the new XE car.

The lineup is the highlight of this crossover. Still, the company is cutting down the engines. 2.0 and 5.0 units are the sure bet. We can read rumors about the electric model, but there are already a few EVs in the queue.

Range Rover Velar is another relatively new model that waits for the situation with the COVID-19 outburst to calm down to launch the new edition. The first update of the luxury compact crossover will be introduced in a year or so. The 2022 Range Rover Velar is getting power from mighty plants and top of the range model includes a 5.0-liter displacement. With it, this is not an ordinary crossover. Well, anything you see with the Range Rover and SVAutobiography badges means a lot of power and high-end features.