Apple released the surprise first beta of iOS 14.2 to developers, just one day after iOS 14 was released to the general public. One of the new changes in iOS 14.2 is a brand new Shazam toggle that can be added to Control Center. 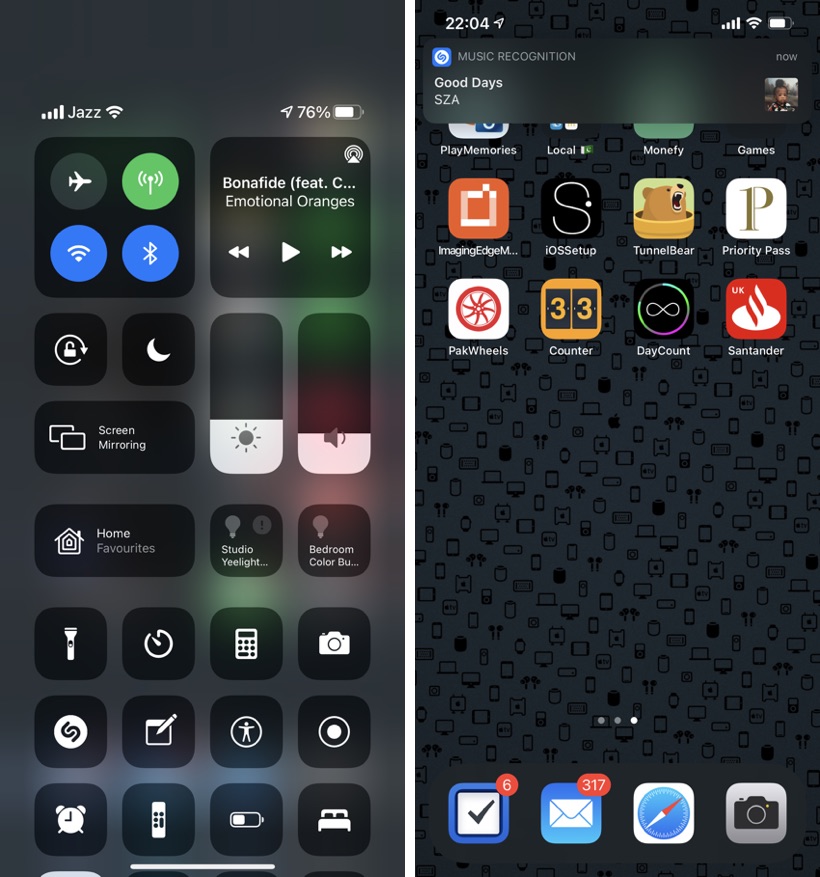 To add the new Shazam music recognition toggle to Control Center, first make sure you’re running the developer beta of iOS 14.2, which is rolling out today. Then, open the Settings app, choose “Control Center,” then look for Shazam beneath the “More Controls” header. You can then add the Shazam toggle and rearrange it as you see fit.

Once you’ve added the Shazam toggle to Control Center, you can simply tap the control and Shazam will instantly start to listen for music and show you the song name and artist through a pop-up. That pop-up also makes it easy to find the song on Apple Music.

This marks one of the deepest integrations we’ve seen of Shazam within iOS since Apple acquired the music recognition service in December of 2017. Third-party applications are not able to integrate with the Control Center toggles, so this is a benefit of Shazam being owned by Apple. Earlier today, the Shazam app was updated to take advantage of new iOS 14 features as well. If you’re not seeing the iOS 14.2 developer on your device just yet, it’s because it’s not yet rolling out over-the-air. Instead, it’s only available as a direct download from Apple’s Developer website. Theoretically, an over-the-air update should roll out sooner rather than later.

Your iPhone has long been able to identify songs that you hear around you, but it’s never been the easiest process. You can ask Siri or launch the Shazam app, both of which take time and effort. With iOS 14.2, there’s a much easier way.

If you have the Shazam app installed (if not, you can download it here), you’ll be able to add a new song identifier button to the Control Center that can ID songs at a tap. Just head over to the Control Center tab in Settings and click the “plus” symbol next to Music Recognition, and then position it where you’d like. And that’s it.

The next time you hear a song, simply pull down on the top-right corner of the screen to reveal the Control Center, tap the Shazam button at the bottom of the screen, and wait for the song name to appear in a notification banner at the top of the screen. Tap it and you’ll be taken to the Shazam app where you can purchase or stream the song or album through Apple Music and find more information about the artist.

Unfortunately, you’ll have to tap the button each time you want to ID a song—unlike Google’s Pixel phones, which identify music in the background automatically. But even so, it’s fast, convenient, and an excellent addition to the Control Center. So go try it out now.