Can you talk about writing this film and bringing these characters to life?
Rian Johnson: It all started with me loving Agatha Christie growing up. I always wanted to do a “who done it.” I thought it would be really interesting; I’m a “who done it” junkie. I watch all of them that come out. I love them all. Usually when you see them today, they’re period pieces, because they’re usually Christie adaptations. The idea of doing a “who done it” set in America in 2019, and really using that to plug into America in 2019 and to draw the characters the way Christie drew the characters from British society when she was writing, to draw that out of today and right now, seemed really interesting. Tonally, you need really good actors to ride that line of going as big as we did with this movie and still having it feel grounded to work as a movie and not tip over into parody. That’s why you hire the best actors on the planet and then it all sorts itself out.

Don, can you talk about the characters and how all of their misanthropy is tempered by some sort of internal pain?
Don Johnson: Well all of them except for my character, who does nothing happily. He’s kind of the personification of the entitled family vibe. It was fun for me to do, because I have never played a character like that before, I loved how obsequious he was and how deferential he was to Jamie Lee’s character. It was fun.

Daniel, can you talk about your character and the way he carries himself and his accent?
Daniel Craig: I was just lucky to get a script that was as richly and as well drawn out as this one. I read it and I saw it. I think it has a lot to do with Rian and I sharing a love for “who done it” films. I grew up watching the same movies as he did and watched them religiously over and over again. I kind of understood the language that Rian was using. So we looked it up and it was a gentle southern language. I inhabited the character immediately in one reading, I talked about this the other day, about as actors and how arrogant we are, we go and change this and that during our first read-through, as though we know for sure… but that did not happen when I read this script. I just read it and said to myself, “I know who this is.” I want to play it. I sort of then picked a few people, Tennesse Williams, his voice has a high pitched accent and was not very suited. Then I landed on Shelby Foote, the historian, who has this beautiful Mississippi rolling accent. He speaks slowly, but has this incredible speed of thought. He talks about things with authority and I nailed it with a great accent coach. We sat for a few hours a day for months on end. Then when we got to set, and Jenny our costume designer, whom I’ve worked with before and is great to work with, gave me the physical material and we paired the two together.
Did you have to change anything in the language so that the characters and the house functioned in the plot together?
RJ: These guys clicked into it really easily. The only thing we would adjust on set were expository scenes. I wanted to be really tuned in if the actors could not follow the through line of what was happening in any given scene. I wanted to make sure every scene was clear to everybody, because I figured if it was clear to you guys then it would be clear to the audience. That’s where ninety percent of the work on a script like this goes into is making it feel easy for the audience, making it feel like a roller coaster ride and not a crossword puzzle at the end of the day. That was the main way we did tweaks on set.
Knowing that you’re in a “Who Done It,” do you play up to that and twirl your spiritual mustache a bit?
Jamie Lee Curtis: When I first had a phone call with Rian, the only questions I had were about tone. I had done a few different types of things, I just wanted to know where he was on the scale of tone. Because it does not matter where he is. I’ll go to whatever place he wanted. He said he wanted it to be heightened reality. Very much real, but with a slight accent of heightened reality. For me as an actor, the only question is how to tell the truth. It doesn’t matter to me, I don’t care what it is. Also I’m just like Don, I’m not a fan of the genre, I don’t care about the genre, I don’t watch those movies. There are other movies that I enjoy very much, but I’m not a particular fan of this genre, but it doesn’t matter. That is the beauty of this collaborative medium. It doesn’t matter if I’m a fan or not. As an actor, it’s simply my job to tell the truth. If you’re telling the truth through Linda’s point of view, she’s in grief. She loved her father. I think she may be the only one in the family who really loved him and she lost him. That was my truth, and the rest of it was just dross as we say. It was just hilarious.

Writer-director Rian Johnson clearly loves a good whodunnit, as evidenced by the crafty, witty and deliciously devilish murder mystery he concocts in “Knives Out.”

He also really loves actors, as proven by the juicy material he gives to the stellar ensemble cast he has assembled.

The Thrombeys are your typical bickering, back-stabbing rich family, rattling around an old mansion and fretting over what the old man — crime novelist Harlan Thormbey (Christopher Plummer) — will leave them in the will when he finally croaks, Somebody, though, decided not to wait for the answer, because Harlan is discovered in his private study, with his throat cut.

His progeny provides a ready array of suspects. Harlan’s daughter, Linda Drysdale (Jamie Lee Curtis), is a real-estate mogul straight out of “Glengarry Glen Ross,” with a rigidly Republican husband, Richard (Don Johnson). Harlan’s son, Walt Thrombey (Michael Shannon), has run the publishing company that produces Harlan’s books — and fought his father over selling the film rights. Another daughter, Joni Thrombey (Toni Collette), is a lifestyle expert who has relied on her dad to put her social-activist daughter, Meg (Katherine Langford), through school.

And there’s a late entry in the race: Linda and Richard’s spoiled son Ransom (Chris Evans), who openly despises pretty much all of his relations.

It’s a puzzle for Lt. Elliott (Lakeith Stanfield), the police detective assigned to the case, so he brings in some help: Benoit Blanc (Daniel Craig), a renowned private investigator hired by a mystery client to solve the case. “I read a tweet about a New Yorker article about you,” Joni says when she first encounters Blanc. Ransom, on the other hand, is unimpressed with the southern-accented Blanc, asking, “What is this? CSI: KFC?” 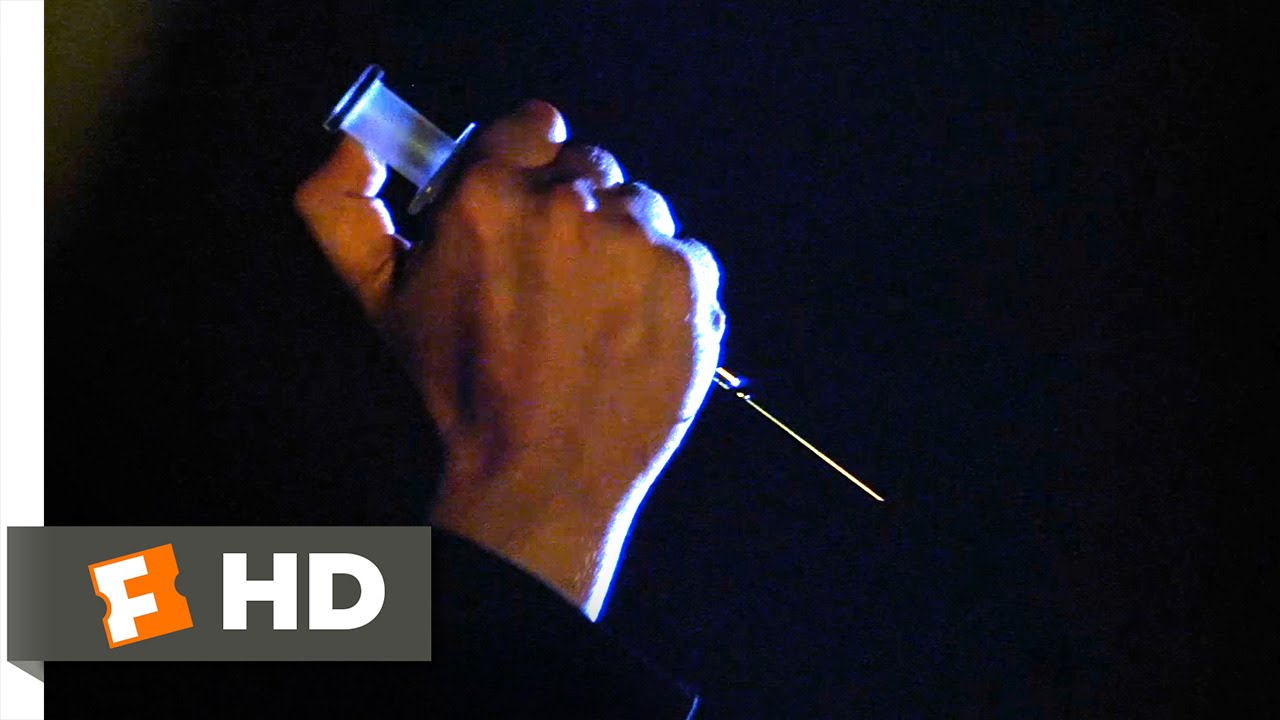 Going much further would deprive viewers of the fun of discovering the clues and connections alongside Blanc, and in trying to figure to exactly what Johnson has up his sleeve. The structure isn’t quite the traditional whodunnit, as Johnson in part follows the model of the old “Columbo” TV series, where the killer was known from the beginning and the mystery was how Columbo would prove it. Emphasis on the “in part,” because Johnson’s script takes some devious twists before the final reel.

And Johnson — making his first movie since wowing the world with “Star Wars: The Last Jedi” — digs deep into the atmosphere of an old-time murder mystery. The Thrombey mansion, thanks to production designer David Crank (“Inherent Vice,” “The Master”), has enough wry details to make any Agatha Christie fan happy — or illustrate a new edition of “Clue.”

Best of all, Johnson’s cast provides surprises at every turn. It’s great to see Curtis as a ball-buster, or Collette as a spoiled brat, or Craig play a cornpone Poirot, or Evans get some tarnish on that Captain America persona. The breakout is the Cuban-born de Armas (“Blade Runner 2049”), who brings wit and fire to the role of Marta, the lamb in the den of vipers, and a character so refreshingly honest that lying makes her puke.

“Knives Out” takes a few swipes at current politics — Richard supports Trump, mostly for the tax cuts, while Meg and Jacob trade insults across the red/blue divide. But the fun in this whodunnit is how wonderfully nasty the members of the Thrombley family are to each other, in completely nonpolitical ways.