There are about 20 species of fuzzy moles (the kind that crawl around on the ground), and one kind of mole that might appear on your face, but today is a day for celebrating a different kind of mole. Today’s mole is a unit — one invented by a man named Avogadro.

Really, a mole is just a group of objects. You can think of “a mole” the same way you think of “a dozen.” You’re probably familiar with a dozen eggs, or chickens or planets. Moles are no different. You can have a mole of molecules or people or cheeseburgers. But there are a lot more than twelve things in a mole — there are 6.02 x 1023. That’s 602,000,000,000,000,000,000,000 things. Because the mole contains so many units, they’re most often used in chemistry is a way of measuring really really small things like atoms or molecules.

So a mole of water is 6.02 x 1023 molecules of water, which works out to be about 18 grams, or 18 mL. A mole of aluminum is about 26 grams. But to really appreciate how many molecules are in a mole it helps to think about things we can see. To do that, let’s try these comparisons from Daniel Dulek’s lesson about how big a mole is.

A way to think about the relative size of a mole?

If you had a mole of doughnuts, they would cover the entire Earth in a doughnut-layer five miles deep.

If you had a mole of basketballs, you could create a new planet the size of the Earth!

If you received a mole of pennies on the day you were born, and spent a million dollars a second until you died at 100, you’d still have over 99.99% of your money in the bank.

One mole of red blood cells is more red blood cells than exist in every human on earth right now. A mole of cereal boxes stacked end to end would reach from the Sun to Pluto 7.5 million times. A mole of turkeys could form sixteen earths.

Okay, so now that we know why a mole has 6.02 x 1023 things in it, what can we do with that information? Moles in chemistry are far more useful than moles in the ground, or on your face. They factor into all kinds of equations and important concepts in chemistry. Chemists think of moles or atoms like you and I think of a dozen eggs – we add them to recipes, order them from the store and calculate what we need based on how many we have.

What would a mole of fuzzy moles look like? Well, the pile of animals would weigh a little over half of the mass of our moon. Thankfully, there’s no chemistry equation in the world that calls for that many mammals. But if there was, you’d now know just how many mammals that would be.

Mole is the SIunit used to measure how many molecules or atoms there are. One mole is around 600 sextillion molecules. Scientists use this number because 1 gram of hydrogen is around 1 mole of atoms. 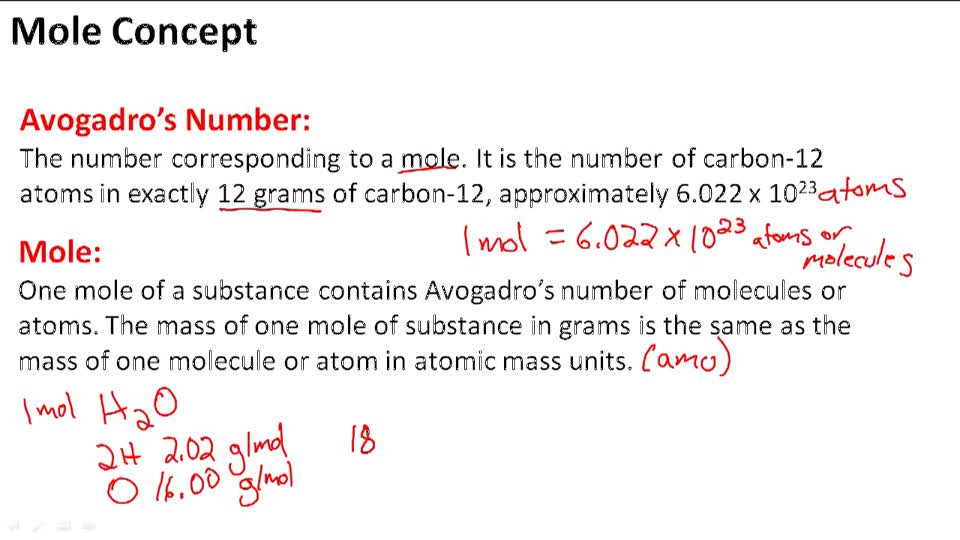 Anything can be measured in moles, but it is not practical for most tasks because the value is so massive. For example, one mole of grapefruits would be as big as the earth.

Because different molecules and atoms do not have the same mass, one mole of one thing does not weigh the same as one mole of something else. Atoms and molecule mass is measured in amu. One amu is equal to one gram per mole. This means that if an atom has a mass of one amu, one mole of this atom weighs one gram.

Mathematics with the mole[changechange source]

Example: How many moles are there in 20 grams of hydrogen?

A value of 1 can be used for hydrogen's relative mass, although the correct value is slightly larger. So: moles = mass/relative mass = 20/1 = 20 moles.

A mole can be thought of as two bags of different sized balls. One bag contains 3 tennis balls and the other 3 footballs. There is the same number of balls in both bags but the mass of the footballs is much larger. It is a different way to measure things. Moles measure the number of particles, not the mass. So both bags contain three moles. 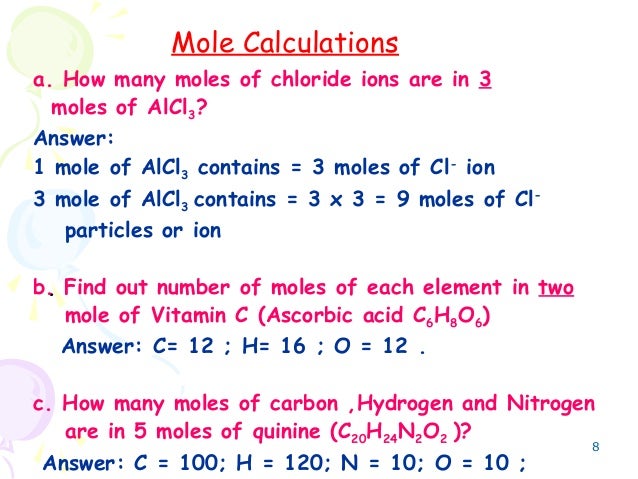 A mole is simply a unit of the number of things. Other common units include a dozen, meaning 12, and a score, meaning 20. Similarly, a mole refers to a specific quantity-- its distinguishing feature is that its number is far larger than other common units. Such units are typically invented when existing units can not describe something easily enough. Chemical reactions typically take place between molecules of varying weights, meaning measurements of mass (such as grams) can be misleading when compared the reactions of individual molecules. On the other hand, using the absolute number of atoms/molecules/ions would also be confusing, as the massive numbers involved would make it all too easy to misplace a value or drop a digit. As such, working in moles allows scientists to refer to a specific quantity of molecules or atoms without resorting to excessively large numbers.

The SI units for molar concentration are mol/m3. However, most chemical writing uses mol/dm3, or mol dm-3, which is the same as mol/L. These units are often written with a capital letter M (pronounced 'molar'), sometimes preceded by an SI prefix, for example, millimoles per litre (mmol/L) or millimolar (mM), micromoles/litre (µmol/L) or micromolar (µM), or nanomoles/L (nmol/L) or nanomolar (nM).

The absolute yield of a chemical reaction mostly stated in moles (called the 'molar yield'). 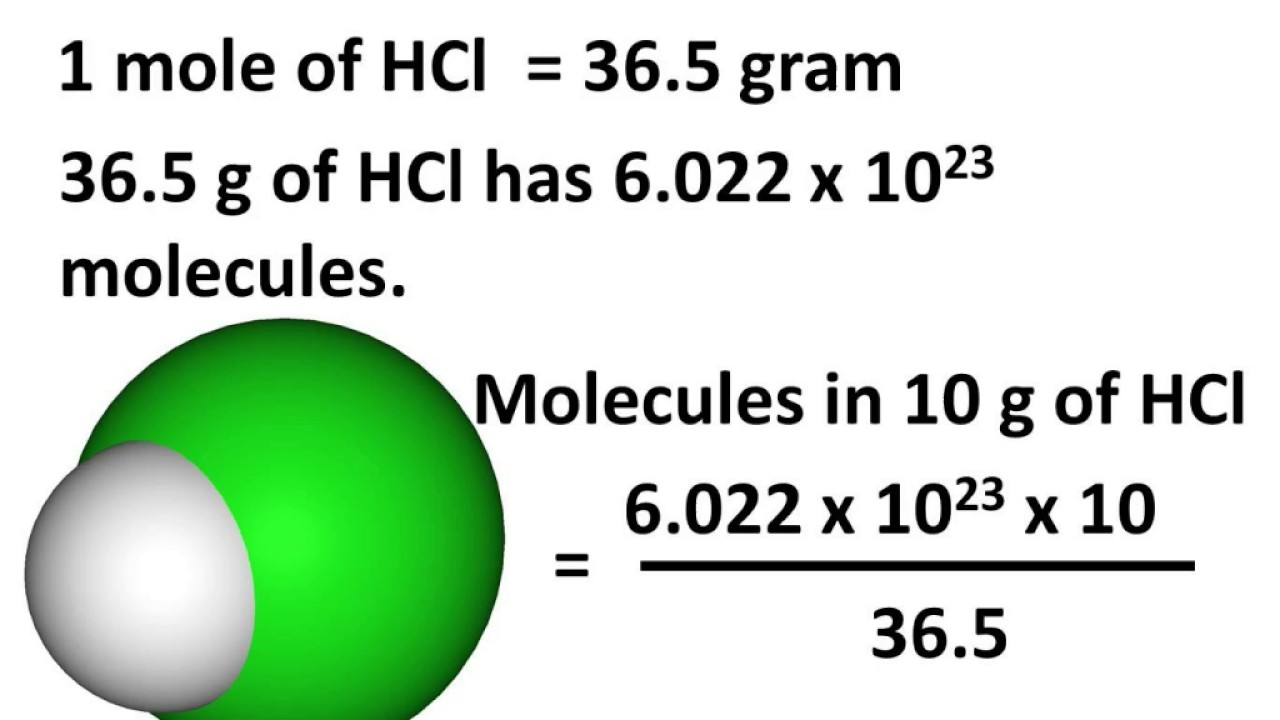 1 Mole Is Equal To