'Good one, Gill.' —Maya commenting on Gill's joke.src Maya is a character in Minecraft: Story Mode, appearing as a minor antagonist in 'The Order of the Stone' and one of the two secondary antagonists in 'Order Up!' She is a member of The Ocelots, and later the The Blaze Rods. She is currently under arrest by the Sky City Guards. She is voiced by G.K. 1 Overview 1.1 Appearance 1.2. Watch SKY online with SKY GO. Live sports, news, box sets, catch up movies, shows and entertainment. For SKY TV customers, anywhere in New Zealand. Facebook is showing information to help you better understand the purpose of a Page.

Mayans MC revved up for a new season on Tuesday, after more than 16 months off the air — and since we last saw the motorcycle club in 2019, things have gotten bad in Santo Padre.

The two-episode Season 3 premiere revealed there’s been a shutdown at the United States-Mexico border, which has had a negative impact on just about everyone. The club is barely moving a fraction of the product it used to, the Galindos’ agro-park is in limbo now that they can’t get any supplies from Mexico, and Santo Padre at large is suffering economically while Border Patrol agents line the streets to detain undocumented immigrants.

Let’s break down the major developments from Mayans‘ XL return:

GAME OF THRONES Ever since that ill-fated birthday party for El Palo’s mother at the end of last season, the Santo Padre Mayans have gotten the cold shoulder from the Mayan Kings for retaliating against the Vatos Malditos. And when one of Santo Padre’s drug mules gets caught and taken into custody during her run, Santo Padre shows up empty-handed to their next meeting with the Kings, making the atmosphere even chillier. In order to make up for the profit losses they’re experiencing during the border shutdown, the Kings tell Santo Padre to start providing twice the heroin they normally do, which Bishop counters is “an impossible f—kin’ ask” before refusing altogether, daring the Kings to survive without Santo Padre’s pipeline.

Later, some members from the Tucson charter go to Santo Padre and insist they need a supply of heroin in order to protect their men who are in prison. That’s when EZ, fully embracing his status as a full-fledged Santo Padre member, comes up with an alternate plan: Santo Padre will provide heroin, but the club will use Tucson as the new conduit for product and will ice out the other charter presidents, Canche and Ramos, who were initially requesting the drugs. “We dethrone Canche. We dethrone Ramos. That leaves us with one king,” EZ says, looking at Bishop. And despite the significant risk involved, the men of Santo Padre and Tucson agree to the new arrangement.

Meanwhile, there’s the pesky matter of that SAMCRO member who inadvertently got gunned down at El Palo’s mother’s party. Santo Padre hasn’t heard anything since that incident happened, but Taza is convinced that El Palo plans to retaliate for what happened at the party — and judging by El Palo’s cryptic phone conversation with a member of SAMCRO (in which he references “our little arrangement”), it seems Taza could be right.

THE BUTTERFLY EFFECT After getting his hands on some Oxycontin to relieve the pain from a recent eye injury, Coco now appears to be hooked on the stuff, even willing to trade his daughter’s iPad for more pills when he runs out. His search for a new supply leads him somewhere called Meth Mountain, where he attempts to rob the ringleader, Butterfly.

Coco holds Butterfly at gunpoint and swipes a decent amount of his inventory — but as Coco is running back to his car with the drugs, Butterfly whistles for backup, and seemingly every person who resides at Meth Mountain descends upon Coco, smashing the windows of his car and dragging him out of it. The group surrounds Coco as he kneels on the ground, and even though one of the women recognizes Coco from a previous encounter she had with him and the Mayans, her recognition doesn’t save him: Another member of the group comes up behind Coco and knocks him in the head with a baseball bat.

FAMILY MATTERS After EZ strangled Dita Galindo to death last season, something seems to have broken inside Felipe: He’s barely getting out of bed these days and won’t even acknowledge EZ when he visits the house. “I failed him, mi amor,” Felipe says aloud to his late wife while looking at a photo of a young EZ. But later, EZ’s new love interest, Gaby, offers to clean up Felipe’s neglected kitchen and make him some food while EZ deals with club business, and Felipe begrudgingly gets out of bed and shares a meal with Gaby upon finding her in his home. As soon as EZ returns, though, Felipe’s mood sours again: “I don’t need a f—kin’ babysitter,” he tells his son and retreats to his bedroom.

LIFE AFTER DEATH Over at the Galindo house, Mayor Pena takes Emily to task for not doing more to help Santo Padre’s failing economy, which Miguel later assures Emily is not their responsibility. But Miguel isn’t all that concerned about the agro-park ordeal, anyway: Not only is he cheating on Emily with Mexican governor Sederica Palomo, but he’s still distraught over his mother’s “suicide,” and he even goes to Dita’s therapist to try and get intel on why she took her own life. “Did she blame me?” Miguel sobs to the woman. “Did she do this to punish me?”

But the therapist insists she can’t reveal details of her sessions with Dita, much to Miguel’s fury, and he later enlists Nestor and Paco to murder her while she’s out on a dog walk. (I am, shall we say, abnormally concerned about where that poor dog went after his owner was killed in the street. He even tried to protect her! I’m distraught!) And in the evening’s second episode, Miguel ultimately kills Paco, too, for being so negligent as to let Dita drive off that night and end her life. Poor Paco left his son at home alone to take this meeting with Miguel, because he couldn’t find a babysitter on such short notice; I have to assume Alvarez and his wife will take the child in, otherwise this whole scene is just unspeakably distressing.

REBEL YELL Last but not least, there’s Adelita, who is still being tortured under the Department of Justice’s watchful eye. But in a surprising turn of events, Potter — who’s supposed to be on leave right now — arranges to have Adelita handed back over to Mexican authorities. “They’ll kill her as soon as she’s on Mexican soil,” a DOJ agent observes, and Anna Linares sadly agrees. But seeing as the transfer is out of their control, the women see it through… and unbeknownst to them, it’s actually Adelita’s rebel group, Los Olvidados, who have come to save her.

Los Olvidados take Adelita to their new headquarters, and she seems withdrawn and uninterested. But when Adelita hears that her young partner-in-crime Mini left the group in Adelita’s absence (after allegedly becoming “problematic”), Adelita is furious that the group let her go, and she later flees the building altogether.

OK, your turn! What did you think of Mayans‘ two-episode return? Grade it in our poll below, then drop a comment with your full reactions!

Disney Television Studios' ABC Signature and 20th Television divisions are joining CBS Studios, Waner Bros TV, Universal TV, and others in pushing back the post-holiday production return dates on a number of series, including American Horror Story, The Orville, Mayans MC, and more. The move comes after the Los Angeles County Department of Public Health reached out to the entertainment industry for their voluntary support last week as COVID cases and deaths continue to rise throughout the county and the state of California.

The decision impacts 16 series, including ABC's Grey's Anatomy, Station 19, American Housewife, Black-ish, Mixed-ish, and Rebel, NBC's This Is Us, Fox's 911, 911: Lone Star, and Last Man Standing, FX's American Crime Story: Impeachment, American Horror Story, and Mayans MC; Disney+'s Big Shot, Hulu's The Orville, and Love, Victor. Previously scheduled to resume production on January 11 if not earlier, all of the series listed will now return to work on January 18. CBS Studios, Waner Bros TV, and Universal TV are looking for productions of their series to resume the week of January 11 (though return dates are dependant on county and state health updates). WBTV's Lucifer and Young Sheldon were previously scheduled to restart production on January 11, with All Rise scheduled for January 22. Universal TV's Brooklyn Nine-Nine was previously set to resume filming on January 18.

FilmLA posted excerpts from the county health department on their website on Monday of last week, directed at the entire entertainment production industry. 'Although music, TV, and film productions are allowed to operate, we ask you to strongly consider pausing work for a few weeks during this catastrophic surge in COVID cases. Identify and delay higher risk activities, and focus on lower-risk work for now, if at all possible.' The health department and county film permit office also reminded everyone that 'travel for production purposes is currently not advised.' While production travel is permitted, both groups are asking filmmakers to avoid it whenever possible- with travel making it much more likely 'that people will end up together in vehicles or indoors in less-controlled settings.'

SAG-AFTRA president Gabrielle Carteris and national executive director David White announced last week that 'most entertainment productions will remain on hiatus until the second or third week of January, if not later,' Warner Bros. Television and Universal Television have also made it official. Here's a look at the official update from SAG-AFTRA: 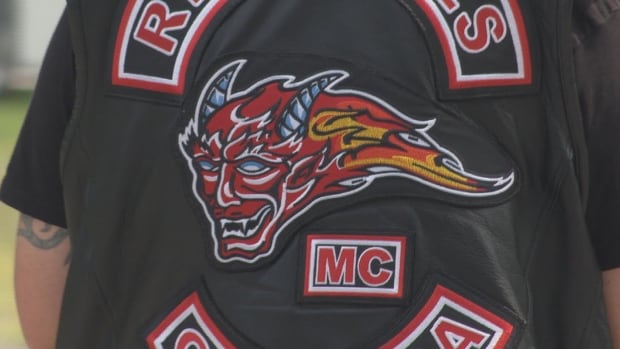 'We are writing to let you know that we are closely monitoring the recent surge in Covid-19 infections along with the reported lack of intensive care unit beds throughout the state of California and particularly in Los Angeles County. This is deeply concerning to us all and we have taken immediate action to connect with our epidemiologists and public health experts regarding the surge in cities across the nation.

Most entertainment productions will remain on hiatus until the second or third week of January if not later. This means that the number of our member performers working on sets right now is reduced. Our safety protocols ensure appropriate precautions for the holiday hiatus period including additional time for testing prior to the resumption of production.

To ensure the utmost safety, we are in close contact with our sister unions and guilds, the industry, our expert epidemiologists, industrial sanitation specialists, public health officials, member leaders, and staff. We remain focused on ensuring the safest possible work environment and protocols for SAG-AFTRA members.

We will continue to monitor this situation and its impact on production and employment in all contract areas and will take appropriate measures as needed to ensure the continued safety of our members and others.

In the meantime, we urge you all to remain vigilant and adhere to the safety principles to protect yourselves, your families, communities, and colleagues. Always, wear your masks, maintain safe physical distancing, wash hands frequently and well, and follow the public health recommendations for preventing the spread of infectious disease.'