9 July 1856
Turin, Italy
The guy they named Avogadro's Number after 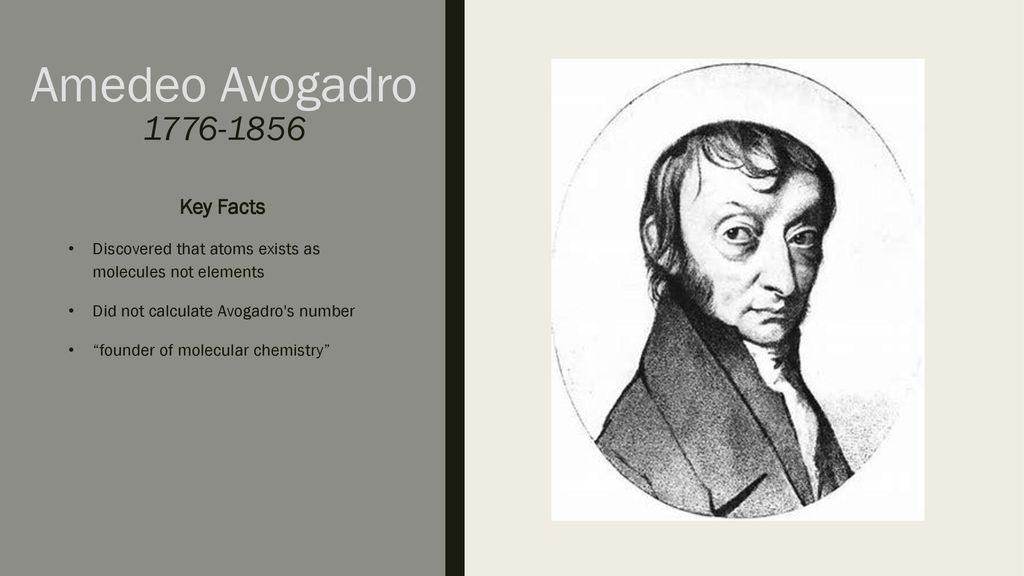 Italian physicist Amedeo Avogadro put forth the hypothesis that equal volumes of gases under the same conditions of pressure and temperature contain the same number of particles. Trained as a lawyer, Avogadro turned to the study of science and spent most of his career as Chair of Mathematical Physics at Turin. Although he published widely on subjects in physics and chemistry, he is most famous for building on the work of French chemist Joseph Louis Guy-Lussac (1778-1850) with the 1811 publication of his hypothesis, and the idea that gases are made up of atoms or combinations of atoms (molecules) and can be quantified. Although his work was largely ignored during his lifetime, by the 1880s it was universally accepted, thanks to Stanislao Cannizzaro, who created a table of atomic weights based on Avogadro's work. Later physicists and chemists determined the value of 'Avogadro's Number,' the number of gas molecules in one mole (the atomic or molecular weight in grams), as 6.022 x 1023.

In 1787 Avogadro inherited his father?s title as Count of Quaregna.