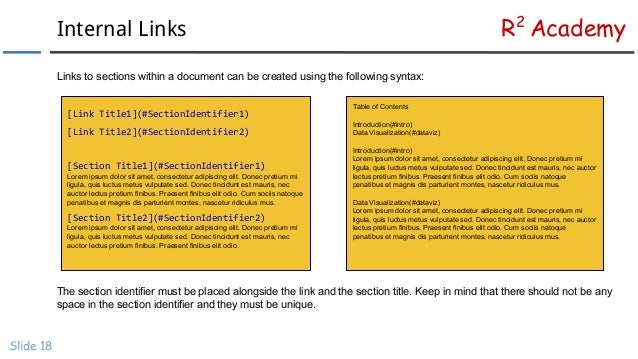 LaTeX Journal Article Templates for R Markdown. Contribute to rstudio/rticles development by creating an account on GitHub. R Markdown is one of the document formats that knitr supports, and it is probably the most popular one. I have been asked many times about the choice between Markdown and LaTeX, so I think I’d better wrap up my opinions in a blog post.

I often need to write short reports which are not full blown manuscripts, e.g. annual grant progress reports. Though such documents don’t need to adhere to a strict template, I still want them to look nice. I’ve accomplished this for years by writing directly in LaTeX, but I want to align my process with my recent transition to composing most docs in RStudio/Rmd. Ultimately though, I don’t want to abandon the LaTeX look in the compiled document. Thankfully, RStudio will render a LaTeX pdf, but formatting beyond the defaults (which are still nice!) can be a bit mysterious. This repository holds my working template for such purposes.

Here’s a minimal example of what the defaults within a .Rmd will give you:

Now, two specific things I’d like to change are:

A solution to these two problems easily generalizes to the broader question of “How do I format the title and H1-H6 specs in the context of LaTeX rendering from .Rmd files?”

To start, we will borrow the LaTeX template R Markdown is currently using (h/t SO). The relevant remote repo is here, and you can copy the local version you’re using into your working directory with this line:

If you look past the pandoc nastiness in this template file (I at least find it nasty, being that I was mostly unfamiliar with pandoc scripting!), you’ll see familiar LaTeX commands that are often surrounded by $if(X)$ statements that are triggered if X appears in your .Rmd YAML. Here’s a straightforward example where, if you have title: in your .Rmd YAML header, the maketitle command will be executed in your LaTeX render:

Now the problem feels more tractable: all we have to do is modify the maketitle defaults in the usual LaTeX manner within the template.tex document. Let’s start with the following:

And don’t forget to include template.tex in your .Rmd YAML header like so:

Rendering gives the below, nice!

Next, we clearly need to fix the fact that section titles are now larger than the document title! Let’s do this with the LaTeX sectsty package – you can basically stuff this code anywhere in the preamble, like so:

Let’s also reduce the overall margins a touch via the geometry argument in the YAML while we’re at it. Here’s the full .Rmd:

Here’s a bonus I learned along the way. You can send custom arguments to your .tex doc by simply defining new variables in the YAML header (relevant info in the pandoc docs here). Suppose I want an optional subtitle parameter. This is accomplished like so:

With this trick, you can start to do even fancier things (literally), such as include fancyhdr options. This option is ultimately included in the template.tex provided in the repository, and here’s the relevant YAML and output:

Unfortunately, I haven’t had as much time to make blog postsin the past year or so.I started taking classes as part ofGeorgia Tech’s Online Master of Science in Analytics (OMSA)program last summer (2018) while continuing to work full-time, so extra timeto code and write hasn’t been abundant for me.

Writing with {rmarkdown} is fairly straightforward—mostlythanks to an abundance of freely available learning resources, like theR Markdown: The Definitive Guide—and usingCSS to customize your Rmarkdown output to your likingis not too difficult either.(By the way, huge shout-out to Yihui Xieand everyone else who has contributedto the development of the {rmarkdown} package.)My objective was to make an extremely compact PDFthat minimizes all white space 2.Despite my knowledge of CSS,I had a hard time getting an output that I liked purely from CSS,so I looked online to see if I could find some good LaTex templates.(After all, I would be knitting the Rmarkdown document to PDF,and LaTex would be incorporatedvia the equations on the cheat sheet.)Some templates I found worked fine but weren’t completely to my liking. 3

In my search for an “ideal” template, I stumbled upon a small tidbitin the very last portion of thePDF chapter of the R Markdown bookstating “You can also replace the underlying pandoc template using the template option”. 🤔

At first, I was a bit intimidated by the idea of writing my own template.(“I have to write my own template from scratchusing a framework (LaTeX) that I’ve hardly even touched before now! 😨”)But alas, the task became less intimidating when I realized thatI could use the tried-and-true method of copying-pasting-modifyingfrom Stack Overflow!

Using the template fromthis Stack Overflow post4 as a basis, I endedup creating a relatively minimal template.For the curious reader, see this GitHub repo,for the latest version of my template. It also includes an example cheat sheet.

The “gist” of my template is shown below.

The key for me was to understand how pandoc variableslike $body$ are used as placeholders for user-supplied content.(I know I haven’t mentioned pandoc up to this point,but suffice it to say thatit—along with the R package {knitr}—are what power the {rmarkdown} package.)

The multicols command shown in the snippet above is also noteworthy. ThisLaTex command provides the functionality for I wanted most for mycheat sheet—multiple columns of content!I should point out that there are in_header, before_body, and after_body YAML options for customizing PDF output with {rmarkdown}. 5

These options are probably sufficient for most people’s customization needs(so using a custom template would not be necessary).But for me personally, the appeal of having “complete” controlof my output by using a template convinced me to forego these options. 6

So, exactly how do you use a custom template with {rmarkdown}?It’s as simple as specifying the path to your template file with the templateoption in the YAML header of your Rmarkdown document. 7

Before I was using Rstudio and {rmarkdown} to write my cheat sheets,I tried out a couple of LaTex editors 8.First, I tried the very popular Overleaf.It is well known and commonly used becauseit is web-based, allows the user to collaborate in real-time, andprovides real-time previewing 9.However, there was just something that felt “clunky” about the editor, andthe ambiguity over package versions and usage was bothersome to me. 10The other editor I tried for some time was TeXworks(with the pdftex distribution)Using the “Typset” command to generate my PDF output on an ad-hoc basis seemed to meto be a satisfactory workflow, but, among other things, I felt limited by the customizationoffered by TeXworks. 11

And so I turned to Rstudio and {rmarkdown} and didn’t look back.While learning how to create a custom template was a (minor) inconvenience,it has paid off in a number of ways:

This last point is huge.The whole world of markdown syntax is valid!For example,I can add emphasis to text with markdown’s ** and __ tokens (instead of LaTex’s more “verbose” syntax);I can use # to define section headers (which I just think is super “elegant”);and I can use HTML comments to comments out multiple lines of text.(Note that native LaTex only has a single-line comment token—%. 12)Additionally, beyond just the markdown functionality, I can include R codethanks to added layer of functionality offered by {rmarkdown}.

The one big thing that I feel like I “sacrificed” by moving to Rstudio and {rmarkdown}is the live preview feature that comes with Overleaf (and can be emulatedwith some configuration in other LaTex editors). Nonetheless, I feel like I geta reasonable facsimile of this feature with Rstudio’s functionalityfor inline previews of equations. 13Below are examples of the preview capabilities for both single- andmulti-line equations.

What Works for Me May Not Work For You

Although what I’ve described in this post has been working well for me—andI’d encourage others to try it out—I don’t claim itto be the “best” solution for all of your cheat sheet needs. 14If you’ve got a workflow that works for you, that’s great! Keep using it!Be pragmatic.