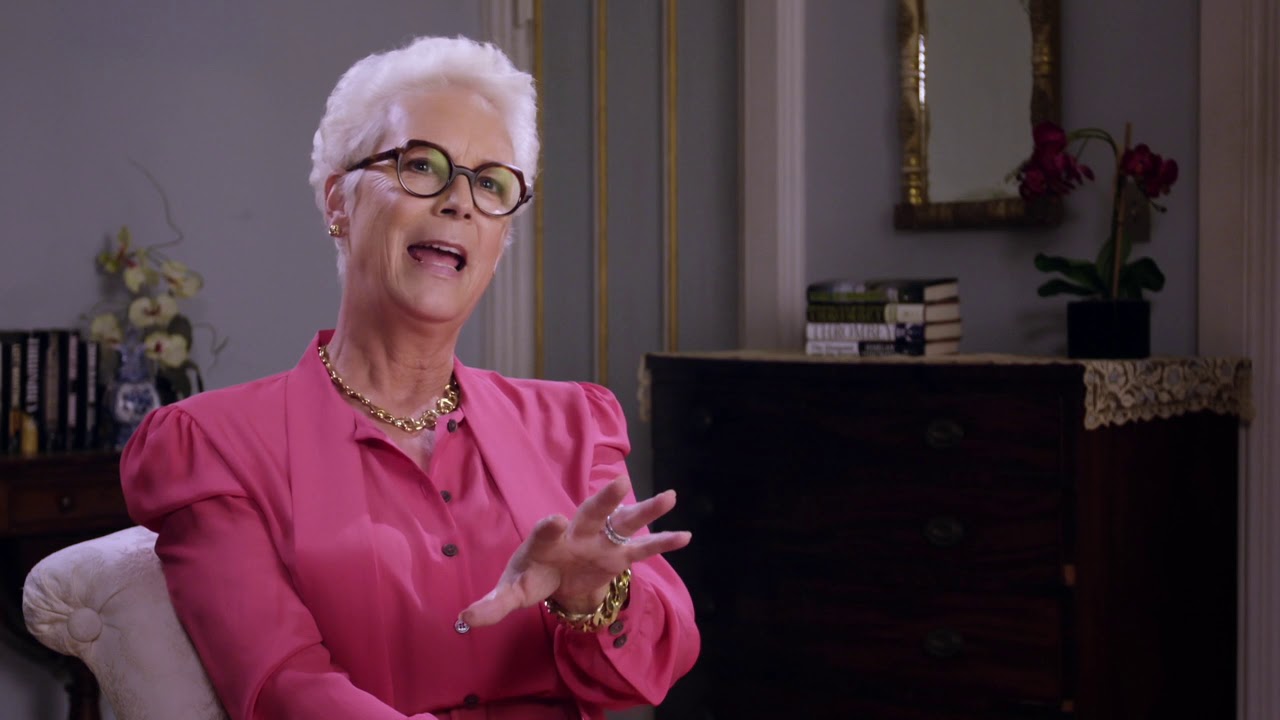 Knives Out Blu-ray A detective investigates the death of a patriarch of an eccentric, combative family. Jamie Lee Curtis offered an update on the status of Knives Out's Thrombey family. The 62-year-old actress of Halloween (1978) fame played Linda, the daughter of wealthy mystery novelist Harlan Thrombey (Christopher Plummer) in Rian Johnson's Knives Out. The 2019 film was a notable success at the box office, grossing $311.4 million on a $40.