When renowned crime novelist Harlan Thrombey (Christopher Plummer) is found dead at his estate just after his 85th birthday, the inquisitive and debonair Detective Benoit Blanc (Daniel Craig) is mysteriously enlisted to investigate. Two-time Academy Award nominee Michael Shannon (Knives Out) stars in this gripping crime-thriller filled with pulse-pounding twists and turns. A recent college graduate Lance Zutterland (Patrick Schwarzenegger) leaves school in debt, realizing everything he had worked towards was built on a lie. When he is pulled into a criminal underground operation, he finds his peers fighting the system.

Since the holidays are going to look quite a bit different this year, so too will everyone's holiday movie-viewing habits. That's why Fandango surveyed more than 1,000 film fans age 18-34 during the first two weeks of November to find out which films and genres they'll be watching during the holidays from the comfort (and safety) of their own homes, and EW exclusively has the results.

New favorite Knives Out, starring Chris Evans' delicious cream sweater, was voted the top film to watch for Thanksgiving, while the Macaulay Culkin classic Home Alone took the prize for favorite family-friendly film. And no surprise here, but Die Hard won top unconventional holiday film to watch over Christmas (so don't even try to argue that it's not a Christmas movie!)

As for how movie fans will stream films over the holidays this year, 92 percent said they plan to watch more movies at home than in previous years, with 71 percent planning to binge-watch. Sixty-two percent plan to watch and then rewatch their favorite holiday classics more than once, and 61 percent are most interested in streaming a classic holiday movie rather than a new one (not great news for new fare like Happiest Season).

© Lionsgate; 20th Century Studios (2) According to a survey of 1,000 film fans, these are the most popular holiday movies.

“Watching a favorite classic movie is part of a beloved holiday tradition for many families,” says Fandango managing editor Erik Davis. “This year there’s an extra nostalgia factor because many of us cannot gather together in front of the same screen. The top picks center on the power of families, warts and all, and serve as the kind of cinematic comfort food we look forward to enjoying during the holiday season.”

Check out the full list on winners below, and on Fandango’s streaming service Vudu.

Top Movies to Watch for Thanksgiving 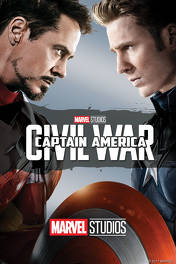 Home for the Holidays

Scent of a Woman

The Nightmare Before Christmas

Video: Star Wars teams up with LEGO for Christmas (Reuters)

It's a Wonderful Life

Anna and the Apocalypse

James Cosmo, The Chronicles of Narnia: The Lion, the Witch and the Wardrobe

Rickey Smiley, Friday After Next

Alec Baldwin, Rise of the Guardians

Most of the biggest films of 2019 have been stories told within existing properties. As in, everything that's been a big box office hit is either a sequel (Avengers: Endgame), a 'franchise installment' (Joker), a remake (The Lion King), or a reimaging (the upcoming Little Women). But Knives Out is entirely different. Like Jordan Peele's Us, it is a story that is original, introducing a new detective to the mystery pantheon. And if these Knives Out ratings are anything to go by, critics cannot get enough of it.

That's not to say that Knives Out won't feel familiar. Anyone who has spent time reading Agatha Christie or Arthur Conan Doyle will recognize the whodunit style immediately. Those who enjoy shows on Masterpiece and dive into series like Grantchester and Endeavour on PBS will know exactly what they are in for. Except there's one significant difference.

Unlike all those stories, which are overwhelmingly period pieces, this is set in 2019. It turns out the whodunit isn't dead or consigned to period costumes anymore. The eccentric detective story does just fine with gold iPhones and earbuds. Critics are currently giving this ensemble piece a big thumbs up, with a 96% fresh rating on Rotten Tomatoes, with 220 reviews logged.

What a kick to watch whip-smart director Rian Johnson shake the cobwebs off the whodunit genre and turn it intro terrific, twisted, all-star fun that actually does keep you guessing until the deliciously slippery end.

A.A. Dowd of the AV Club says trying to guess the ending is a pointless exercise because the twists don't stop coming.

This, in other words, is one of those mysteries so clever and fiendishly well-engineered that you eventually have no choice but to stop trying to get ahead of it, to simply enjoy the way it plants and payoffs.

And Leah Greenblatt of Entertainment Weekly wishes the all-star cast each could have more screen time.

A silly, stabby, supremely clever whodunnit that only really suffers from having too little room for each of its talented players to fully register in the film's limited run time.

As for how the film is expected to do over the Thanksgiving holiday, Deadline acknowledges that it is unlikely to take down the juggernaut of Frozen 2. But even so, considering that it's an original story in a genre that was all-but-moribund on the big screen, it won't take much to look like a smash.

[The] Rian Johnson-directed whodunit... already bagged $2M from 936 theaters over Friday and Saturday night previews. What’s notable about that is that most paid previews of late are boosted by Fandango, Atom Tickets or Amazon marketing. Knives Out was an organic push by major and regional exhibition partners. Previews start again Tuesday night at 7 PM. Tracking is seeing $25M-$29M over the Wednesday-to-Sunday stretch, but $30M+ isn’t unreasonable.