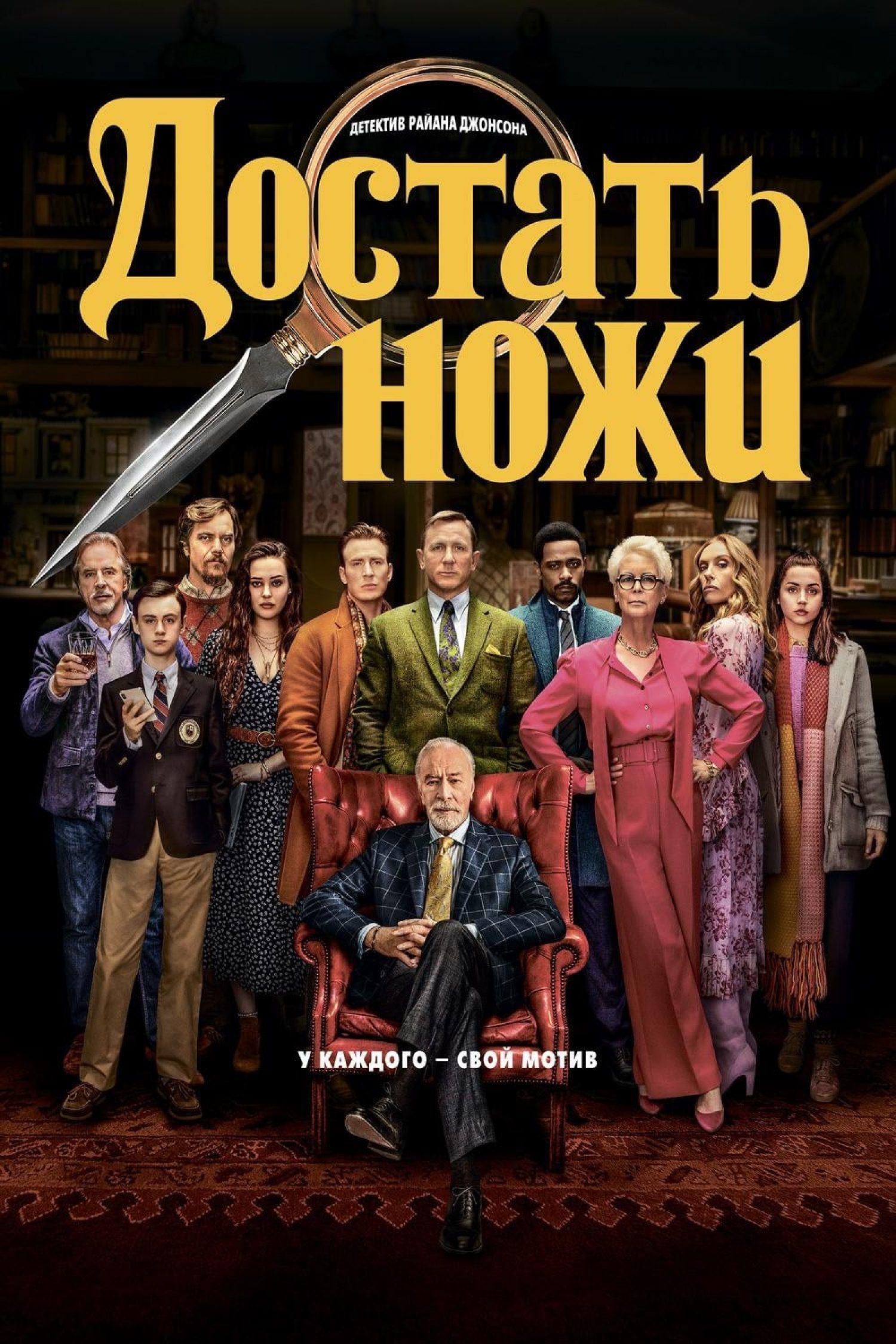 James Bond is one of the most lucrative roles an actor can hope for. That is, until he makes a deal with Netflix.

The streaming giant is paying $469 million to release two sequels to the 2019 mystery film Knives Out, according to the Hollywood Reporter. The film’s director, Rian Johnson, and his producing partner, Ram Bergman, will reportedly each net “upwards of $100 million.” Daniel Craig, who starred as eccentric detective Benoit Blanc in the film, will also make $100 million to appear in the sequels.

On a per-film basis, that’s double what Craig made in salary to play James Bond in No Time to Die, the oft-delayed 007 movie due out in theaters in October. Craig has said that will be his final time playing Bond. And why not? He appears to have found an even more opulent home in the streaming space.

Craig’s Netflix payday is believed to be one of the richest single deals for an actor ever. Robert Downey Jr. famously made as much as $75 million to appear as Iron Man in Avengers: Infinity War, between his salary and backend pay, which is a percentage of a film’s box-office take. Unless Netflix releases the Knives Out sequels in theaters, Craig won’t get any backend, but he won’t need it. Netflix was more than happy—and perhaps the only platform able—to pay the vast sum in order to secure his services.

Just over a year ago, it looked like an open-and-shut case. In February 2020, Lionsgate CEO Jon Feltheimer said during a quarterly earnings call that the company was officially moving ahead on a.

A deal only Netflix can make

Netflix outbid Amazon and Apple for the Knives Out deal, Deadline reported, and it’s unlikely any traditional film studios were seriously in the running. Netflix generated $4.6 billion in profits on $25 billion in revenue in 2020, according to company filings. Lionsgate, the studio that distributed the first Knives Out, broke even on about six times less revenue last year (pdf).

A “mid-major” studio like Lionsgate cannot possibly hope to compete with the spending power of Netflix. And with the theater industry in flux, Johnson and Bergman, who own the rights to the franchise, opted to go with the streaming service (and its deep pockets) instead of remaining at Lionsgate or another traditional movie studio—even though those studios would likely commit to a larger theatrical release.

Knives Out was a surprise hit in 2019, earning $311 million at the global box office on its modest $40 million budget. It’s the kind of mid-budget, original film that Hollywood doesn’t often make these days. But perhaps Netflix will fill that role in the future, as studios like Disney focus on massive blockbuster franchises.

Of course, Netflix is also on the hunt for franchises to set itself apart from the competition. If you can’t make James Bond, why not just buy out the guy who plays him?

Update: Deadline reports that today, Lionsgate CEO Jon Feltheimer confirmed that a Knives Out sequel is officially moving forward, and he hinted that, according to the outlet, “a production start for a follow-up…is imminent.” That aligns with Johnson’s previously-stated desire to get rolling on a sequel quickly. Our original report from January 6 continues.

Daniel Craig will be back on the case, and this time his knives are out. The actor is set to reprise his role as the Southern detective Benoit Blanc in a Knives Out sequel, which director Rian Johnson is currently developing under Lionsgate. The studio is reportedly seeing franchise opportunities after the Rian Johnson whodunit’s immense holiday box office success.

The Hollywood Reporter broke the news that Johnson is developing a Knives Out sequel, with Craig on board to reprise his role as the intrepid detective Benoit Blanc. Per THR:

“Johnson told The Hollywood Reporter at Lionsgate’s pre-Golden Globes party on Saturday night that he was already developing a sequel centered on Daniel Craig’s Southern detective Benoit Blanc investigating a new case. The filmmaker added that he was eager to make the pic quickly, ideally in the next year.”

“Daniel [Craig] had so much fun doing it, and he wants to do more,” Johnson’s producing partner Ram Bergman added.

While Lionsgate has not officially greenlit a Knives Out sequel, the news would be unsurprising given the film’s $246 million worldwide box office haul — a rare triumph for original movies in a theater landscape dominated by sequels and remakes. Of course, there is an air of irony in turning one of the few successful original films of the year into a franchise, but Knives Out is uniquely suited to creating a series of mostly-unrelated stories.

Inspired by the Agatha Christie murder mysteries (with Craig’s Benoit Blanc a clear homage to the writer’s Hercule Poirot), succeeding Knives Out sequels only need to bring back Craig’s Benoit Blanc, and perhaps LaKeith Stanfield’s police detective, to solve new, baffling cases involving more star-studded casts. The beauty of Knives Out was that it took a familiar structure and familiar stars, and upended our expectations while telling a painfully timely story. I don’t doubt that Johnson can do it again, and the possibilities of new stars that he could bring on board (cast Kelly Marie Tran!) is endlessly exciting. And Craig will soon have his schedule wide open with his upcoming swan song as James Bond in No Time to Die. And we all know how much he loves doing that deep fried Southern accent. But maybe in the sequels, we could see him putting on totally different, increasingly ridiculous accents with no explanation? It’s your move, Rian.