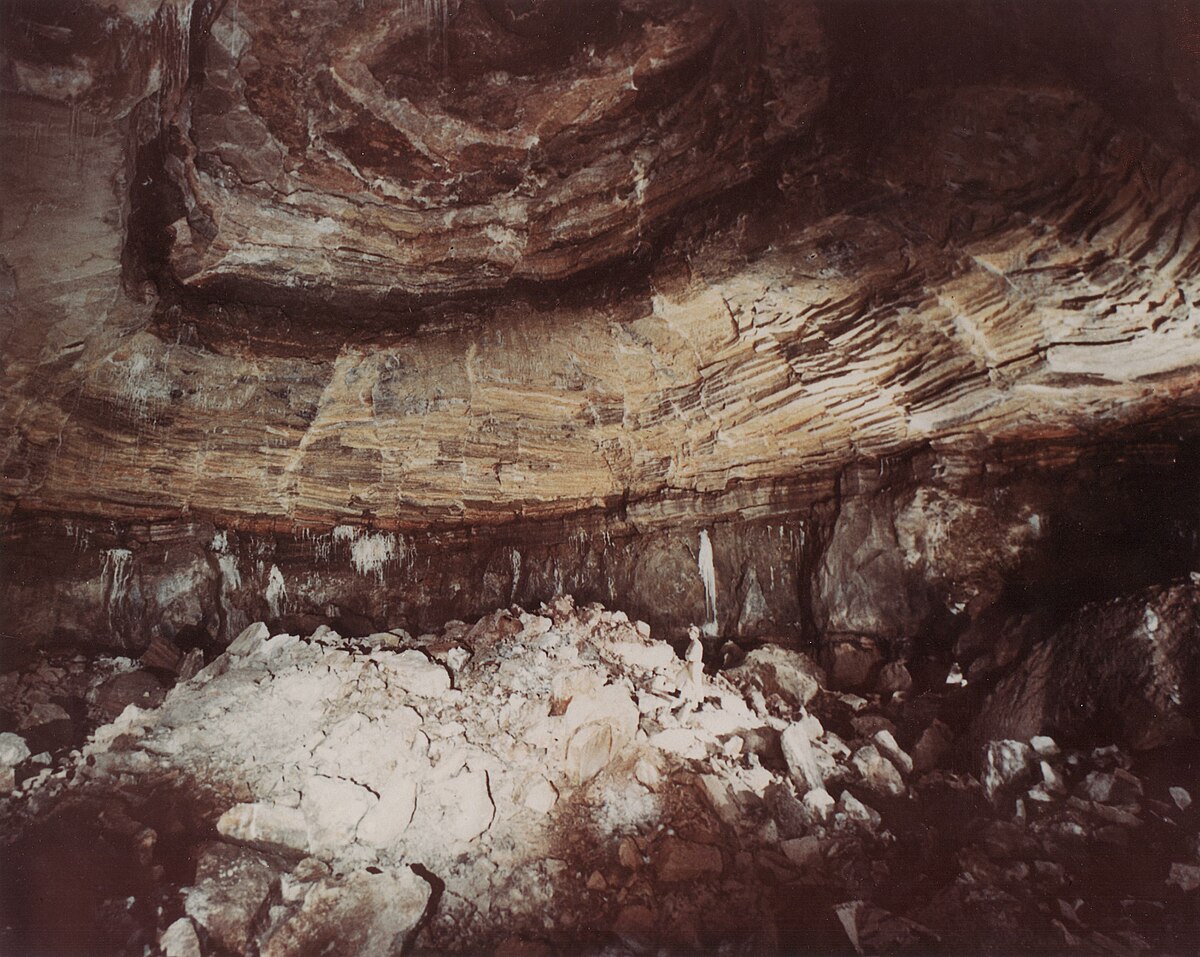 Potassium-40 is a rare example of an isotope that undergoes both types of beta decay. In about 89.28% of events, it decays to calcium-40 (40Ca) with emission of a beta particle (β−, an electron) with a maximum energy of 1.31 MeV and an antineutrino. In about 10.72% of events, it decays to argon-40 (40Ar) by electron capture (EC), with the emission of a neutrino and then a 1.460 MeV gamma ray.[1] The radioactive decay of this particular isotope explains the large abundance of argon (nearly 1%) in the Earth's atmosphere, as well as prevalence of 40Ar over other isotopes. Very rarely (0.001% of events), it decays to 40Ar by emitting a positron (β+) and a neutrino.[2]

Potassium-40 is especially important in potassium–argon (K–Ar) dating. Argon is a gas that does not ordinarily combine with other elements. So, when a mineral forms – whether from molten rock, or from substances dissolved in water – it will be initially argon-free, even if there is some argon in the liquid. However, if the mineral contains any potassium, then decay of the 40K isotope present will create fresh argon-40 that will remain locked up in the mineral. Since the rate at which this conversion occurs is known, it is possible to determine the elapsed time since the mineral formed by measuring the ratio of 40K and 40Ar atoms contained in it.

The argon found in Earth's atmosphere is 99.6% 40Ar; whereas the argon in the Sun – and presumably in the primordial material that condensed into the planets – is mostly 36Ar, with less than 15% of 38Ar. It follows that most of the terrestrial argon derives from potassium-40 that decayed into argon-40, which eventually escaped to the atmosphere.

The evolution of Earth's mantle radiogenic heat flow over time: contribution from 40K in yellow.

The radioactive decay of 40K in the Earth's mantle ranks third, after 232Th and 238U, as the source of radiogenic heat. The core also likely contains radiogenic sources, although how much is uncertain. It has been proposed that significant core radioactivity (1–2 TW) may be caused by high levels of U, Th, and K.[3][4]

Potassium-40 is the largest source of natural radioactivity in animals including humans. A 70 kg human body contains about 140 grams of potassium, hence about 0.000117 × 140 = 0.0164 grams of 40K; whose decay produces about 4,300 disintegrations per second (becquerel) continuously throughout the life of the body.[5][6]