As a software engineer, we spend significant amount of time in terminal. Terminal in Mac OSX is better than windows but not as good as iTerm2. If you combine iTerm with Zsh and Oh-My-Zsh then what you get is awesomeness.

Download a stable build from https://www.iterm2.com/downloads.html and install it.

Homebrew is a free and open-source software package management system that simplifies the installation of software on Apple’s macOS operating system.

Fira Code is an extension of the Fira Mono font containing a set of ligatures for common programming multi-character combinations. This is just a font rendering feature: underlying code remains ASCII-compatible. This helps to read and understand code faster.

With Fira Code and Ligature

Step 1. Open Preferences in iTerm by pressing ⌘ and , keys

Step 2. Go to Profile tab and create a new profile

Step 3. Go to Text tab. Change font and ASCII font to Fira Code and enable use of ligature

Once you have brew installed, you can install zsh using following command:

Oh-My-Zsh is an open source, community-driven framework for managing your ZSH configuration. It comes bundled with a ton of helpful functions, helpers, plugins, themes and much more.

There are whole lot of themes to choose from here. My personal customized theme is based on bira theme.Change ZSH_THEME=robbyrussell to ZSH_THEME=YOUR_FAV_THEME_NAME into ~/.zshrc file. After change reload shell by:

There’s an abundance of plugin in Oh-my-zsh. You can find list of plugins here.Most of the plugins provide autocompletion for command options on press of ⇥ tab key (demo). You can turn on plugins by updating plugins section in ~/.zshrc file like following:

Install zsh syntax highlighting and auto suggestions plugins if you are interested in these functionality.

Add following lines to end of the ~/.zshrc file. You can pick and choose from last 3 lines, based on the plugin you have installed.

ProTip: To reload any change made in ~/.zshrc file, use source ~/.zshrc command.

Alias is not exclusive functionality of zsh but Oh-my-zsh provides lots of alias by default. Lots of plugins also come with alias for example git plugin.

If you want to create your on aliases, create a separate file and load that file using ~/.zshrc by adding following line in the file:

To list all the avaliable alias use command alias in the terminal.

If your hotkeys for moving backward (⌥ option + ←) and forward (⌥ option + →) word by word do not work in iTerm then change keys preset in your profile to Natural Text Editing.

In general, I don’t use my Mac’s Terminal app. Instead, I use iTem2 with a special configuration, that doesn’t use Bash, but Oh My Zsh as a shell, that is a framework to manage Zsh configuration as your shell. This framework allows you to install plugins or configure your prompt, among other cool things. I’ve also configured iTerm2 to work with a patched Monaco1 font with the complete collection of nerd glyphs. The result is more of less what you can see in the featured image in this post, a beautiful and elegant shell that you can configure and enjoy use.

How you can get something similar? Reach this configuration is quite easy. These are the directions:

I would begin installing iTerm2. iTerm2 is just an app similar to Terminal, but with steroids. It has far more options and even have mouse support.

To install iTerm we are going to use Homebrew:

Now that you have iTerm2 you have to install Oh My Zsh.

To install Oh My Zsh you need to have installed in your system Git. Usually that is not a problem because Mac comes with its own Git, but remember that you can update to the last version easily using Homebrew.

However, you can’t install Oh My Zsh itself using Homebrew, but you can use cURL or Wget, which probably you have already installed in your system. If you don’t have any of those, you can install them through Homebrew. To install Oh My Zsh you can run the following commands:

Oh My Zsh has a autoupdate feature, so don’t worry about update. From time to time, it’s going to ask you to check the repo where it’s stored for updates. 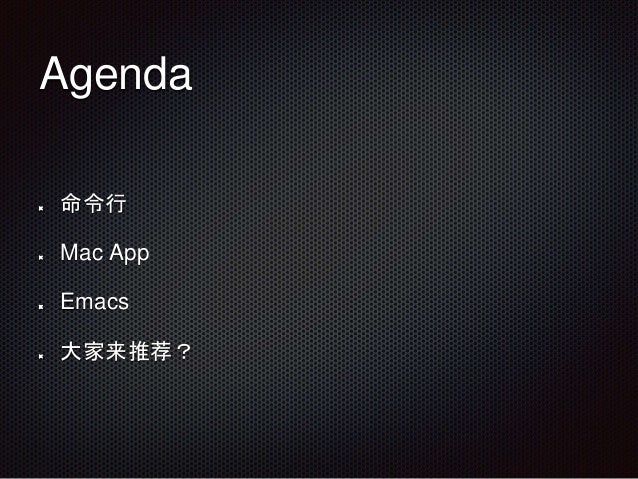 Powerlevel9K is a Oh My Zsh external theme that gives it that awesome look and the capacity to configure the prompt, yet keep it light. There are literally dozens of themes, whether included in the Oh My Zsh repo or external ones, and Powerlevel9K is one of the external ones, so you have to download (clone the repo) and store it on the custom part for the Oh My Zsh configuration folders. To do so, just run the following command in your terminal.

When you have Oh My Zsh installed you can begin to configure. In order to do that you have to open the configuration file, which is located in your user folder, with your favorite text editor. In my case I like to use Atom, so I run the following command in the terminal.

Bellow you can see my configuration file. The important lines are highlighted.

As you can see I have a lot the lines commented with #, since I don’t want to use that config, but I didn’t lose them. From line 28 to 73, it’s basically the configuration of the prompt. There are literally dozens of ways to configure the prompt, and you can see some of them here. Mine is quite similar to Falkor’s one, but I’ve edited it a little bit. You can find out more about how to stylizing your prompt and how the configuration variables work here and here.

Don’t forget to set your theme as Powerlevel9k —line 33 ZSH_THEME='powerlevel9k/powerlevel9k'— and also the Powerlevel mode —line 35. The Powerlevel Mode define the type —or the style— of glyphs than are shown.

You can see also that in the lines 118 — 122 are the plugins I’m using and that in the the line 151 I establish a shortcut to access to the configuration through atom just typing zshconfig.

Finally, you have to configure iTerm2 to use your patched font if you want the glyphs to shown in your prompt

If you don’t want to patch any font, you can download any of the prepatched fonts, and I recommend do it using Hombrew.

Finally you can configure the colors in iTerm2. Usually people use of of the presets iTerm have, or the ones you can download. But I have tweaked a little bit the colors and I have my own configuration.

Now you are ready to use iTerm2 with your new configuration.

Setting Zsh as your default shell

First you need to check what version, if any, of Zsh you have installed.

in my case and right now my version is 5.4.2, but you can check which is the last version in the wikipedia page.

Now you have to check that you have Zsh in your list of authorized shells. You have check running opening the file /etc/shells with atom:

You have to see something similar to this. 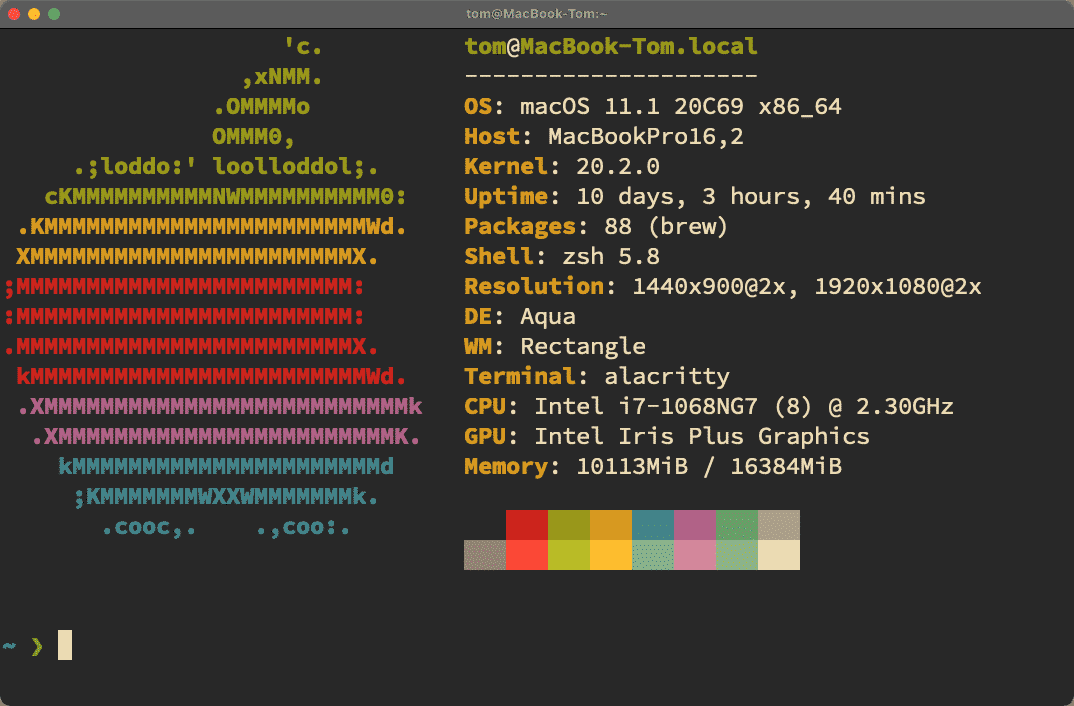 Now you run the following command to make Zsh your default shell:

Keeping Terminal with the previous config

Since I have iTerm2 with Oh My Zsh, I like to keep Terminal with Bash. Since we’ve set as a default terminal Zsh we need to set up manually to use Bash.

Open Terminal and launch the options screen Cmd + ;. In the General tap you can find which shell use terminal. Choose command and type /bin/bash.

Done, now you can enjoy the best of the two worlds. Enjoying a new, more flexible and customizable shell as default, while keeping your old one, just in case you felt nostalgic.