The clever new Smartstream Intelligent Variable Transmission (IVT) looks to be a giant leap forward over the conventional CVTs.

Here’s a surprising fact for the day, the Hyundai Motor Group is currently the only automaker in the world to comprehensively possess the technology for all transmission types.

Yes, you’ve not read that wrong. The Korean automotive conglomerate is the only auto group in the world to currently have cars that feature all the four main gearbox types within its lineup: automatic, manual, dual-clutch and continuously variable transmissions (CVT).

It is however the last one on the list that has been generating some considerable headlines as of late. This is all because of Hyundai’s recent claims that its new SmartStream Intelligent Variable Transmission (IVT) is able to provide maximum efficiency, yet also be able to provide better responsiveness and smoothness compared to traditional CVTs on the market today.

On the efficiency front, paired with a Smartstream G1.6 MPi four-cylinder in the new Elantra, an 8-speed variant of this novel transmission supposedly improves fuel economy by some 4.2%, and engine power loss by a margin of 5-8%. Meanwhile on the responsiveness aspect, the new Shift Control Strategy featured with SmartStream IVT apparently reproduces the shifting pattern of a conventional automatic, which supposedly better reflecting the driver’s intent and driving conditions and therefore making it feel more responsive than the rubber-band effect normally associated with CVTs. 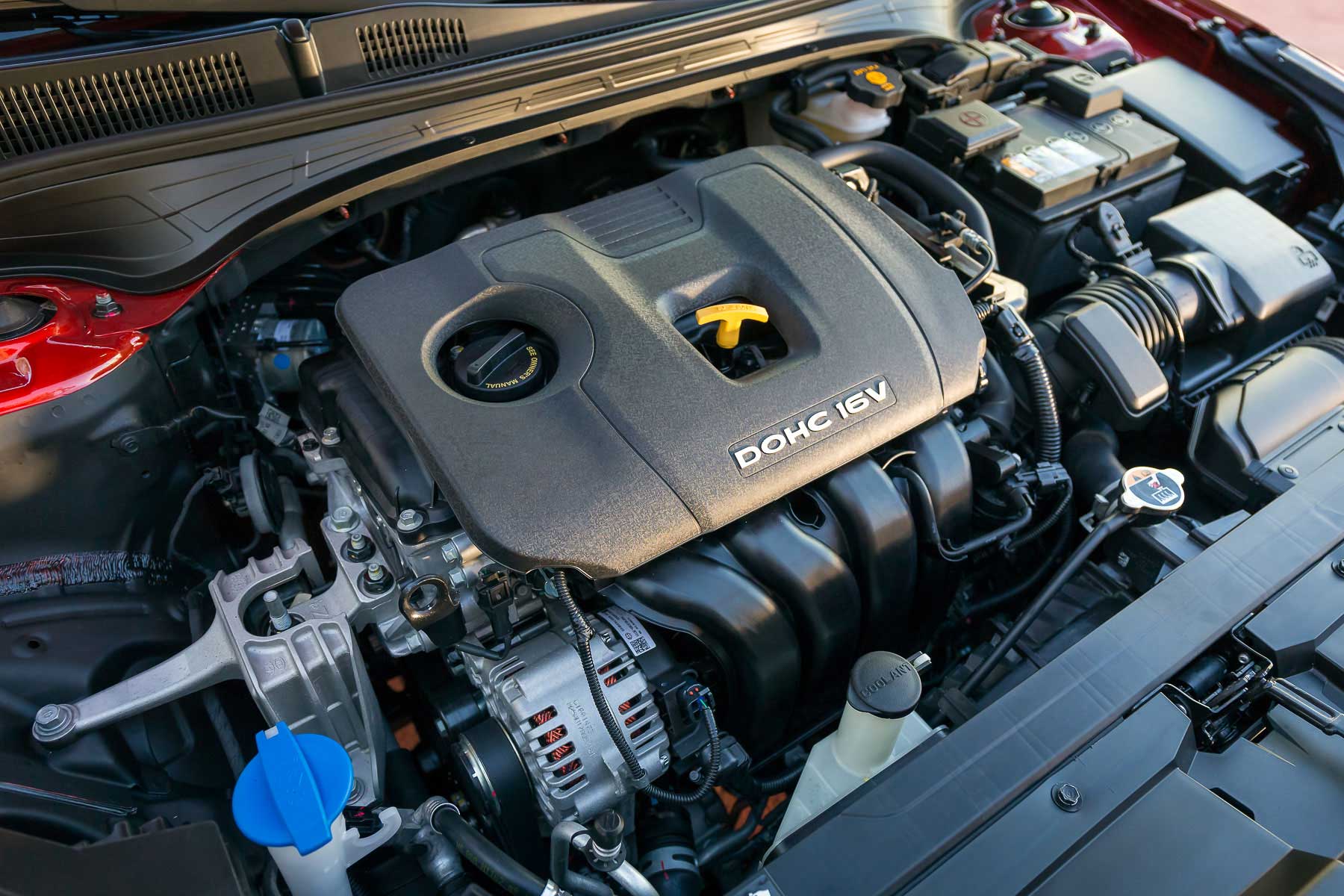 All these bold claims from this Smartstream IVT, especially in terms of its efficiency, originates from one main innovation over traditional CVTs, and that would be the use of a chain belt instead of a metallic belt as the main power transfer mechanism within the gearbox. To those unfamiliar with the inner workings of a traditional CVT, an oversimplification of how this transmission works is that there is a metallic belt within the gearbox that links two pulleys together. One of which is connected to the engine output shaft, and the other is connected to the driveshaft. It is then the contraction and expansion of said belt that alters the diameter of these pulleys, hence varying the gear ratio.

One drawback to this system though is that the pulleys and the belt often slip against each other, thus causing a reduction in transmission efficiency. A phenomenon that is especially common on small cars, where the pulleys apply pressure to the narrow area on the belt’s side to adjust the diameter.

So to address this issue, Hyundai has instead implemented a chain belt system in place of that metallic belt. The first in the segment, it utilises the tension of the belt instead to adjust the pulley diameter, thus eliminating the instances of slippage and improving the efficiency in power delivery. Another benefit of this chain belt system is that it also has a longer lifespan and is maintenance free, which makes it more reliable.

In regards to how it actually works in the real world, reviews about this new transmission has been largely positive, with many saying that it is a marked improvement over many of the CVTs on the market today. Not only in regards drastic reduction to the dreaded rubber-band effect and associated droning inherent with CVTs, but also in terms of returning a decent fuel economy figure, especially when compared to the outgoing six-speed automatics.

This new transmission is currently fitted to a slew of new Hyundai and Kia compact sedans and crossovers in other markets. Seeing however as none of these new models look to come to Malaysia any time soon, Malaysians might have to wait a while yet before being able to try out this new innovative transmission for themselves.

PRESS RELEASE: Hyundai Motor Group has become a global powertrain company, thanks to Hyundai Transys – a merger of Hyundai Powertech and Hyundai Dymos. The Group now boasts the commendable capability of designing and building its own IVT (Intelligent Variable Transmissions).

With the merger, Hyundai Transys has the capability of producing novel transmissions with diverse structures. It is currently the only company in the world to comprehensively possess the technology for all transmission types, which is constantly evolving in tandem with the performance and technology advancement of engine development.

One of the most recent IVT developments and which is currently fitted into the new Elantra, is the Smartstream 8-speed IVT. The Smartstream IVT uses the characteristic of high-efficiency CVTs (Continuously Variable Transmission) as the foundation and improves on it by amending the responsiveness and gear-shifting feel.

The IVT provides a solution for conventional CVT pulleys and belt that often slip against each other, which is particularly visible in metallic belts. The IVT uses a chain belt instead of a metallic belt, which is the first of its kind in the segment. The chain belt’s main selling point is that it uses the belt tension to adjust the pulley diameter, thus eliminating instances of slippage and improving efficiency in power delivery. The chain belt also has a longer lifespan and is maintenance free, which makes it more reliable.

The Smartstream IVT reproduces the manual transmission’s shifting pattern that better reflects the driver’s intent and driving conditions, making it feel more responsive in general. This is compared to the setback of conventional CVTs which keep the engine RPM (Revolutions Per Minute) fixed while increasing the vehicle speed, making the drivers feel as if the engine is running idle.

The Smartstream IVT that is fitted into the new Elantra has shown a 4.2% improvement in fuel economy and a 5~8% reduction in engine power loss.

Paired with a SmartStream G1.6 MPi petrol engine, the new Elantra is capable of producing 123PS of horsepower at 6,300rpm and a peak torque of 154Nm at 4,500rpm. The Smartstream G1.6 MPi is a four-cylinder engine which features continuously variable valve timing and multi-port injection as well as a new thermal management module.

The Smartstream powertrain is Hyundai Motor’s response to global efforts to safeguard the environment as well as to meet customers’ demand for fun-to-drive cars. It is designed to deliver improved fuel economy and reduced exhaust emissions. The word ‘Smart’ implies being intelligent in design, control and operation, while ‘Stream’ refers to dynamic movement of mobility.

Would The Hyundai Santa Cruz Sell If It Came To Malaysia? →

For your safety, the Intelligent Variable Transmission (IVT) has a shift lock system which prevents shifting the transmission from P (Park) into R (Reverse) unless the brake pedal is depressed.

To shift the transmission from P (Park) into R (Reverse):

1. Depress and hold the brake pedal.

2. Start the engine or turn the ignition switch to the ON position.

If the brake pedal is repeatedly depressed and released with the shift lever in the P (Park) position, a chattering noise near the shift lever may be heard. This is a normal condition.

Always fully depress the brake pedal before and while shifting out of the P (Park) position into another position to avoid inadvertent motion of the vehicle, which could injure persons in or around the vehicle.

If the shift lever cannot be moved from the P (Park) position into R (Reverse) position with the brake pedal depressed, continue depressing the brake, then do the following:

1. Place the ignition switch in the LOCK/OFF position.

4. Insert a tool (e.g. flathead screwdriver) into the access hole and press down on the tool.

6. Remove the tool from the shiftlock override access hole then install the cap.

7. Have the system inspected by a professional workshop. Kia recommends to visit an authorized Kia dealer/service partner. 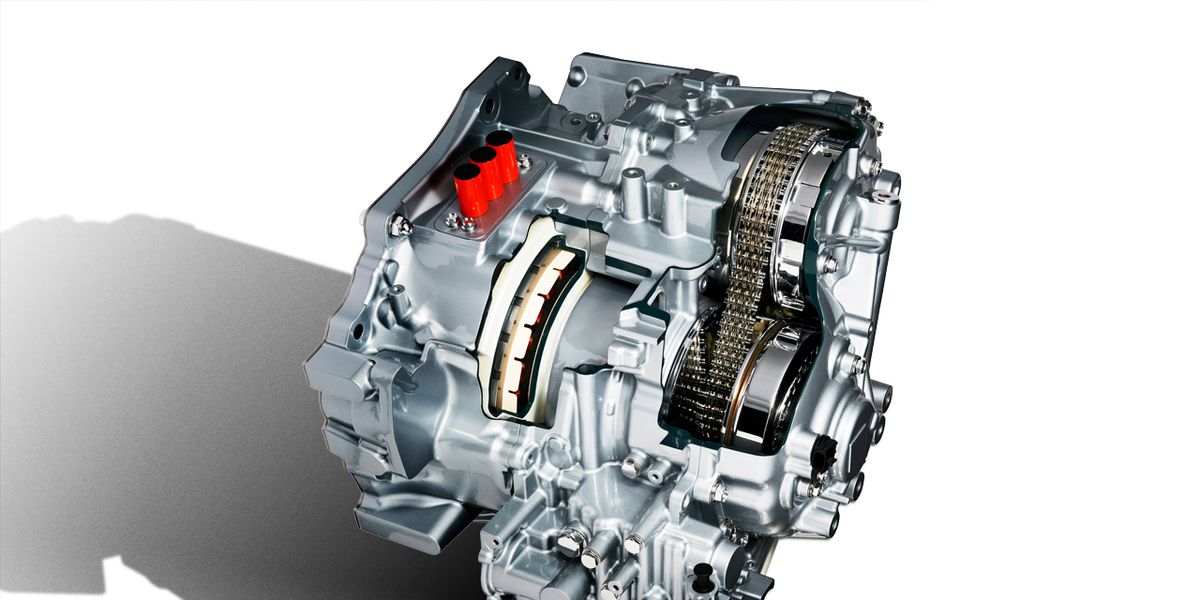 The ignition key cannot be removed unless the shift lever is in the P (Park) position.

Exercise extreme caution when driving on a slippery surface. Be especially careful when braking, accelerating or shifting gears. On a slippery surface, an abrupt change in vehicle speed can cause the drive wheels to lose traction and the vehicle to lose control.