MacOS Homebrew running natively on M1/Apple Silicon/ARM has partial functionality. We recommend installing into /opt/homebrew and forbid installing into /usr/local (to avoid clashing with the macOS Intel install and allow their usage side-by-side). We currently recommend running Homebrew using Intel emulation with Rosetta 2.

An anonymous reader quotes a report from Ars Technica: Homebrew now supports Apple Silicon natively, albeit not with every package.The volunteer Homebrew team made the announcement on the Homebrew blog alongside today's release. While the native support is not yet comprehensive, it bridges the gap significantly, and users can still run Terminal via Rosetta 2 to do what they can't yet while. Samuel Axon Popular Mac tool Homebrew has long been used by developers and others for package management on macOS, but as we lamented in our first M1 Mac review, it didn't support Apple Silicon.

After reading all the raving reviews online about the new Apple M1-based Mac computers, and after losing too much time with my overheating MacBook Pro 2013 that’s on its last legs, I caved and bought a Mac Mini M1.

I do a lot of bash/script development so my first concern was getting all of my bash scripts working on the new ARM architecture. I concentrated on bash/terminal in native arm64 mode, which means not running under Rosetta2. This because I want to benchmark in native mode, and I kind of assume that under Rosetta 2 everything works that worked under MacOS for Intel, and where’s the fun in that?

For that, I needed to get the Homebrew package manager running in native mode. The thing is, Homebrew does not yet support the new Apple Silicon M1 chip (they only started the first steps in Dec 2020), so you have to dodge all the warnings they throw at you. After someresearch, I found the best way to do it, and I combined all of it in an easy install/uninstall bash script:** https://github.com/pforret/m1_homebrew** It installs the command-line tools and Homebrew to /opt/homebrew for arm64 mode, and to /usr/local for standard i386 mode.

Running it is as easy as:

After installation, running brew install will give you warnings and will often not be able to install the packages, because there are no pre-built casks for Apple Silicon yet.

Still, you can tell brew to install from source code, and compile on your machine by using brew install --build-from-source (or shorter: brew install -s). For small packages like awk, this will do the job. For large packages with lots of dependencies like ffmpeg, brew will stop for lack of bottles.

My first big package to install was imagemagick. It’s my go-to tool for image manipulation and part of many of my scripts like e.g. splashmark. Imagemagick has lots of brew dependencies for treating different kinds of files, like libpng, openjpeg, webp and ghostscript. Every time brew requires a package that isn’t installed yet, it stops with the error mentioned above. You then have to build that package separately and try the original brew install again. This is how I got imagemagick compiled in the end. 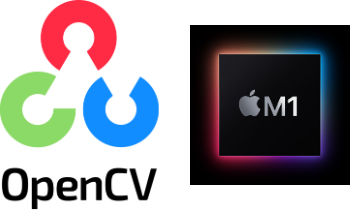 I automated this process in the same script m1_homebrew.sh. m1_homebrew recursive imagemagick first looks for all the dependent packages (via brew info), installs those first one by one and then, at the end, installs the main package. It can take a long time but it’s magic when it works.

Unfortunately, it doesn’t always work. I tried it for ffmpeg, but this package requires some dependencies that will not build on MacOS M1 for now. Concretely: rust and openjdk cannot be built yet, and ffmpeg requires them.

They are both still marked as ⚠️ on the official Homebrew M1 compatibility list.

Today I’d like to announce Homebrew 2.6.0. The most significant changes since 2.5.0 are macOS Big Sur support on Intel, brew commands replacing all brew cask commands, the beginnings of macOS M1/Apple Silicon/ARM support and API deprecations.

Major changes and deprecations since 2.5.0:

Other changes since 2.5.0 I’d like to highlight are the following:

Thanks to all our hard-working maintainers, contributors, sponsors and supporters for getting us this far. Enjoy using Homebrew!