Helium is a byproduct of the radioactive decay of heavy elements located in the Earth’s crust, a process that takes hundreds of millions of years. Helium is a non-renewable natural resource that is most commonly recovered from natural gas deposits. Geologic conditions in Texas, Oklahoma, and Kansas make the natural gas in these areas some of the most helium-rich in the world (with concentrations between 0.3 percent and 2.7 percent).

Helium blimp: Most people have heard of helium being used as a lifting gas for weather balloons, blimps, and party balloons. These are very minor uses of helium. The use that consumes more helium than any other is cooling the magnets in MRI (magnetic resonance imaging) machines in medical facilities. Goodyear blimp photo by Derek Jensen.

Helium is a chemical element and a colorless, odorless, tasteless, inert gas. It has the smallest atomic radius of any element and the second-lowest atomic weight. It is lighter than air.

Most people know that helium is used as a lifting gas in blimps and party balloons, but they can't name another way in which it is used. The number one use of helium is as a cooling gas for magnetic resonance imaging (MRI) machines used in medical facilities. Other important uses of helium include: a protective gas for welding, an inert gas for controlled atmosphere manufacturing, a fugitive gas used for leak detection, and a low-viscosity gas for pressurized breathing mixtures.

Where Does Helium Come From?

Very little helium is present in Earth's atmosphere. It is such a light element that Earth's gravity cannot hold it. When present at Earth's surface, unconfined helium immediately begins rising until it escapes the planet. That's why party balloons rise!

The helium that is produced commercially is obtained from the ground. Some natural gas fields have enough helium mingled with the gas that it can be extracted at an economical cost. A few fields in the United States contain over 7% helium by volume. Companies that drill for natural gas in these areas produce the natural gas, process it and remove the helium as a byproduct.

Helium-bearing natural gas deposits: Deposit model for helium-bearing natural gas fields in the United States. Helium is produced by the decay of uranium and thorium in granitoid basement rocks. The liberated helium is buoyant and moves toward the surface in porosity associated with basement faults. The helium then moves upward through porous sedimentary cover until it is trapped with natural gas under beds of anhydrite or salt. These are the only laterally-persistent rock types that are able to trap and contain the tiny, buoyant helium atoms. This geological situation only occurs at a few locations in the world and is why rich helium accumulations are rare.

Why is Helium in Some Natural Gas?

Most of the helium that is removed from natural gas is thought to form from radioactive decay of uranium and thorium in granitoid rocks of Earth's continental crust. As a very light gas, it is buoyant and seeks to move upward as soon as it forms.

The richest helium accumulations are found where three conditions exist: 1) granitoid basement rocks are rich in uranium and thorium; 2) the basement rocks are fractured and faulted to provide escape paths for the helium; and, 3) porous sedimentary rocks above the basement faults are capped an impermeable seal of halite or anhydrite. [1] When all three of these conditions are met, helium might accumulate in the porous sedimentary rock layer.

Helium has the smallest atomic radius of any element, about 0.2 nanometers. So, when it forms and starts moving upward, it can fit through very small pore spaces within the rocks. Halite and anhydrite are the only sedimentary rocks that can block the upward migration of helium atoms. Shales that have their pore spaces plugged with abundant organic materials (kerogen) sometimes serve as a less effective barrier.

Where is Natural Gas Rich in Helium? 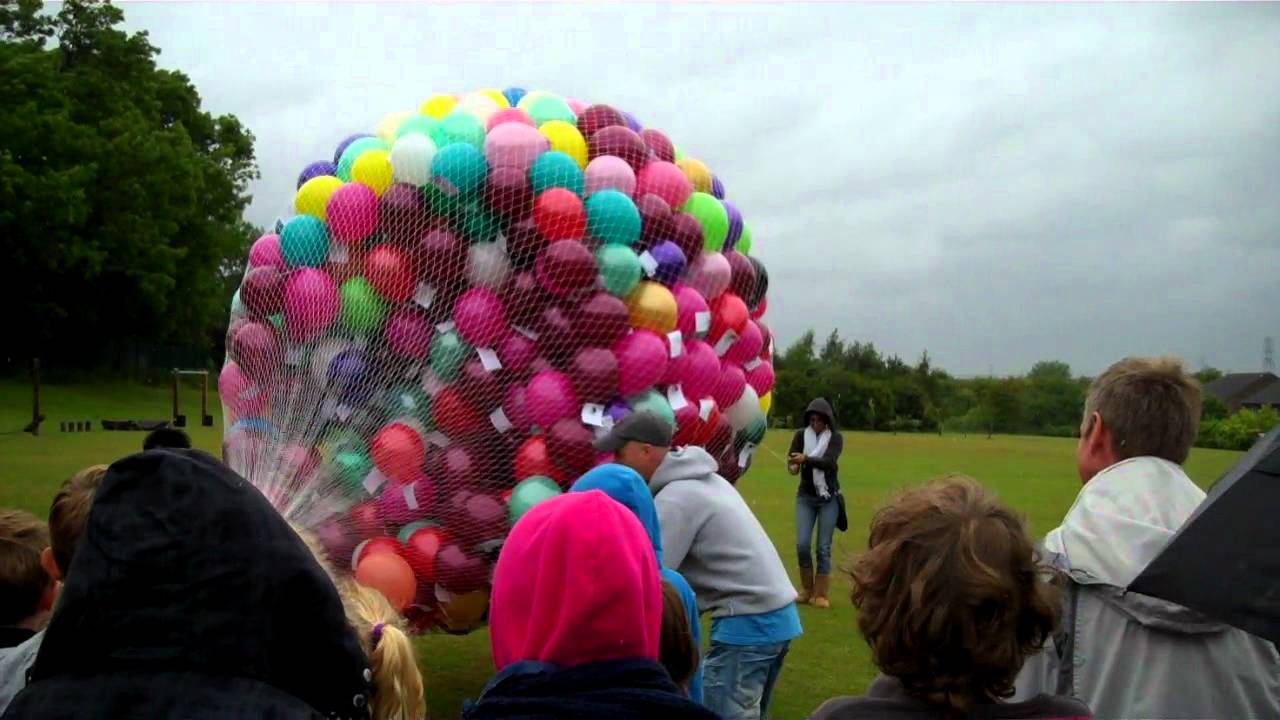 In 2010, all of the natural gas processed for helium in the United States came from fields in Colorado, Kansas, Oklahoma, Texas, Utah, and Wyoming as shown on the accompanying map. The Hugoton Field in Oklahoma, Kansas and Texas; the Panoma Field in Kansas; the Keyes Field in Oklahoma; the Panhandle West and Cliffside Fields in Texas, and the Riley Ridge Field in Wyoming account for most of the helium production in the United States. [2]

Helium in MRI machines: The number one use of helium is cooling the magnets in the MRI (magnetic resonance imaging) machines used to diagnose disease and injury in medical facilities.

The number one use of helium is in the magnetic resonance imaging machines used in medical facilities to assess injuries and diagnose illness. These machines utilize a magnetic field that is produced by a superconducting magnet. These magnets generate an enormous amount of heat. Liquid helium is the cooling substance of choice for regulating the temperature of these magnets. Because helium has the second-lowest specific heat of any gas and the lowest boiling/melting point of any element, there is no foreseen substitute for helium in this very important use.

Helium has the second-lowest atomic weight of any element. Only hydrogen has a lower atomic weight. As a lighter-than-air gas, helium has been used as a 'lifting gas' for airships and balloons. Blimps, dirigibles, zeppelins, anti-aircraft balloons, weather balloons and other lighter-than-air craft have all used helium as a lifting gas. It is much safer than hydrogen because it is not flammable. This was the most important category of helium use until the end of World War II. Much lower amounts of helium are now used as a lifting gas.

Purging gas: Helium is used by NASA and the Department of Defense to purge liquid oxygen and liquid hydrogen from fuel tanks and fuel delivery systems of rocket engines. Helium is inert and has a freezing temperature that is so low that it remains a gas through the purging process. A flow of helium into these systems has even been used during emergencies to extinguish fires. Image by NASA.

Helium has the lowest melting and boiling point of any gas. It melts and boils at temperatures close to absolute zero. Because it remains a gas at very low temperatures, it can be used as a purging gas for fuel tanks and fuel delivery systems that are filled with very cold liquids such as liquid hydrogen and liquid oxygen. Because it is inert and has a low freezing temperature, it can displace these fuels safely without freezing. Large amounts of helium are used by NASA and the Department of Defense for purging rocket propulsion systems.

Helium is an inert gas. The only gas with a lower reactivity is neon. This low reactivity makes helium a valuable gas to use in manufacturing and repair processes when an inert atmosphere is required. Helium also has the second-lowest density of any gas along with a very high thermal conductivity. These properties of helium gas make it the atmosphere of choice for many metallurgical processes, growing perfect crystals in chemical vapors, manufacturing optical fibers and other uses.

Helium has a very low viscosity, a high diffusion coefficient, and the smallest atom of any element. These characteristics make helium very hard to contain. If a system has a leak, helium will escape. Helium gas is therefore used to test high vacuum systems, fuel systems and other containments for leaks.

Helium breathing mixtures: Helium is used to prepare breathing gas mixtures for deep-water diving. Helium is inert and has a low viscosity under pressure which allows easier breathing. Image by NOAA.

Helium and other inert gases are used to prepare breathing mixtures for deep-water diving and medical treatments. Helium is used here because it is inert, has a very low viscosity and is easier to breathe under pressure than any other gas.

Helium is used as a protective atmosphere when welding. An inert gas atmosphere protects hot metals from oxidation and other reactions that might occur rapidly at high temperatures.

Uses of helium: Relative amounts of helium consumed by various uses in the United States during 2011. Graph by Geology.com using data from USGS.

Helium is a gas that is only found where a coincidence of unlikely situations occur. Although it is continually being produced by radioactive mineral decay in Earth's crust, its rate of natural production and accumulation is so slow that it must be considered a nonrenewable resource.

In 1925 the United States established the National Helium Reserve to serve as a strategic supply of helium for use in airships and for other defense purposes. At that time the country was producing much more helium than was being consumed. After World War II the amount of helium used as a lifting gas declined, but demand for helium as a purging gas when refueling rocket engines and as a coolant in nuclear weapons facilities surged. Still, more helium was being produced than consumed.

In 1995, Congress decided that the National Helium Reserve was not essential and initiated a program to sell the helium as part of the Helium Privatization Act of 1996. [4] For almost two decades Congress allowed the helium to be sold at an enormous discount to free-market prices. Up to 1/2 of the world's helium demand was being met through sales from the National Helium Reserve. In some years more helium was exported out of the United States to other countries than was consumed domestically. [2] Those who purchased helium from the government got a fantastic deal, and those who purchased helium in the free market paid a much higher price.

Dumping of National Helium Reserve stock into the market depressed the price of helium so much that it was being used as a cheap substitute for argon and other gases that have a much less limited supply. Because commercial helium production was not rewarded or heavily utilized, the market was undersupplied when National Helium Reserve sales were replaced by an auction system in 2014. In the first auction, two bidders purchased the entire yearly allocation of 93 million cubic feet of helium at more than double the previous year's market price. After the auction another 1 billion cubic feet was sold to the same two bidders. [5]

Since the first auction, the price of helium continued to rise because production of new helium falls short of consumption. The price increase has triggered investment in new helium processing plants. However, helium can only be produced from natural gas fields with salt or anhydrate as a trap rock. These only occur in a few parts of the world.

Under current law, the National Helium Reserve will be sold-out by 2021. Hopefully the rising investment in helium recovery plants will be adequate to meet the needs of helium consumers when that important source of helium is gone.

Helium Is A Mixture

Helium Is A Metal