Dual-Clutch Transmission (DCT) DCTs are also known as semi-automatic transmissions, and that’s because they are in essence automated manual transmissions. Inside every Dual Clutch Transmission are two separate gearsets with two individual clutches. The benefit of two clutches is that gears 1-3-5-7 are on one carrier, and gears 2-4-6 are on another. When you’re cruising along in 5th gear, 6th is pre-selected, making gear shifts lightning quick.

Since there is no clutch pedal, the clutches are controlled through hydraulics and advanced computer electronics. This is the same technology that you’d find in some of today’s newer automatic transmission vehicles.

Below are the top 5 advantages of using a vehicle with a dual clutch transmission.

Many people who have driven double clutch transmission vehicles have said love how the car accelerates. This is due to the gears being able to change almost instantly and allowing you to accelerate in far less time than the same vehicle with a manual or automatic transmission instead.

You can upshift in just a few milliseconds, creating a dynamic and smooth acceleration experience. 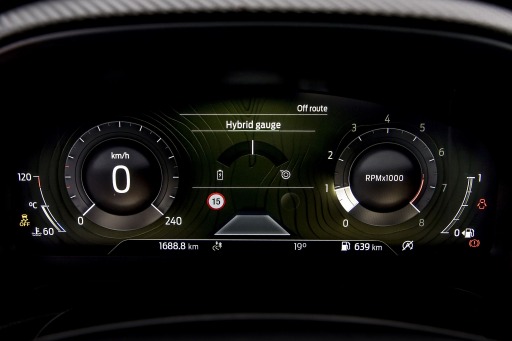 Both manual transmission and regular automatic transmission vehicles will often generate a jolt each time a gear is changed, especially if accelerating heavily. This jolt is called shift shock and it can be quite annoying.

Picture the occupants of a tuner car as the driver accelerates quickly to get on the freeway. With each hard gear shift, each persons’ head slams forward and back.

Fortunately, double clutch vehicles do not have this shift shock when gears are changed. The shift changes are hardly noticeably.

There is no interruption when energy flows to the transmission from the engine. Because of this, the fuel economy of the vehicle becomes greatly improved. With the enhanced fuel economy, you will also have better fuel efficiency too.

Many people who prefer manual transmissions for their fuel economy and faster acceleration will love dual clutch automatic transmissions since you don’t have to worry about operating a clutch pedal. It’s a fact that a dual clutch will shift quicker than even the best short throw manual shifter.

You’ll have more room in the foot well without the third pedal making driving for long periods more comfortable. Of course, purists will still prefer a clutch pedal and there’s nothing wrong with that.

Drivers can even select whether they want the central computer to control the shifting or if they want to use manual paddle shifters or another semi-manual mode for a more involved driving experience.

Most dual clutch vehicles also offer different driving modes at the push of a button which affect the vehicle’s shift points. Set it to sport mode to hold gears longer resulting in better acceleration, economy mode to prioritize taller gears for better fuel economy, or other modes in between. The decision is yours.

Dual clutch transmissions are definitely not perfect though. Below are the top 5 disadvantages of this technology

You can’t expect to find a dual clutch vehicle to be priced the same as an economy car. It costs manufacturers a lot more money to produce these vehicles on the assembly line. This makes the final vehicle a lot more expensive to consumers.

So, if you’re counting your dollars closely, then you might be turned off by this vehicle’s price. Many vehicle models offer more than one type of available transmission so you can easily see the price difference and whether it’s worth it.

How Does A Dual Clutch Automatic Transmission Work

Follow the manufacturer’s maintenance schedule is important for any car but it’s critical for those with a DCT. For instance, Audi recommends changing the gear oil in their DCT vehicles every 40,000 miles. This is not a cheap service and not something you’ll often with regular transmissions at that interval.

If something does go wrong with a dual clutch transmission, the repair or replacement cost can be ridiculously high and not all auto repair shops may be able to do the work. This is why proper maintenance is so important.

Since most people are not in the market for a high-performance car, so their options are going to be limited here.

4) Not the Same Driving Experience as a Manual 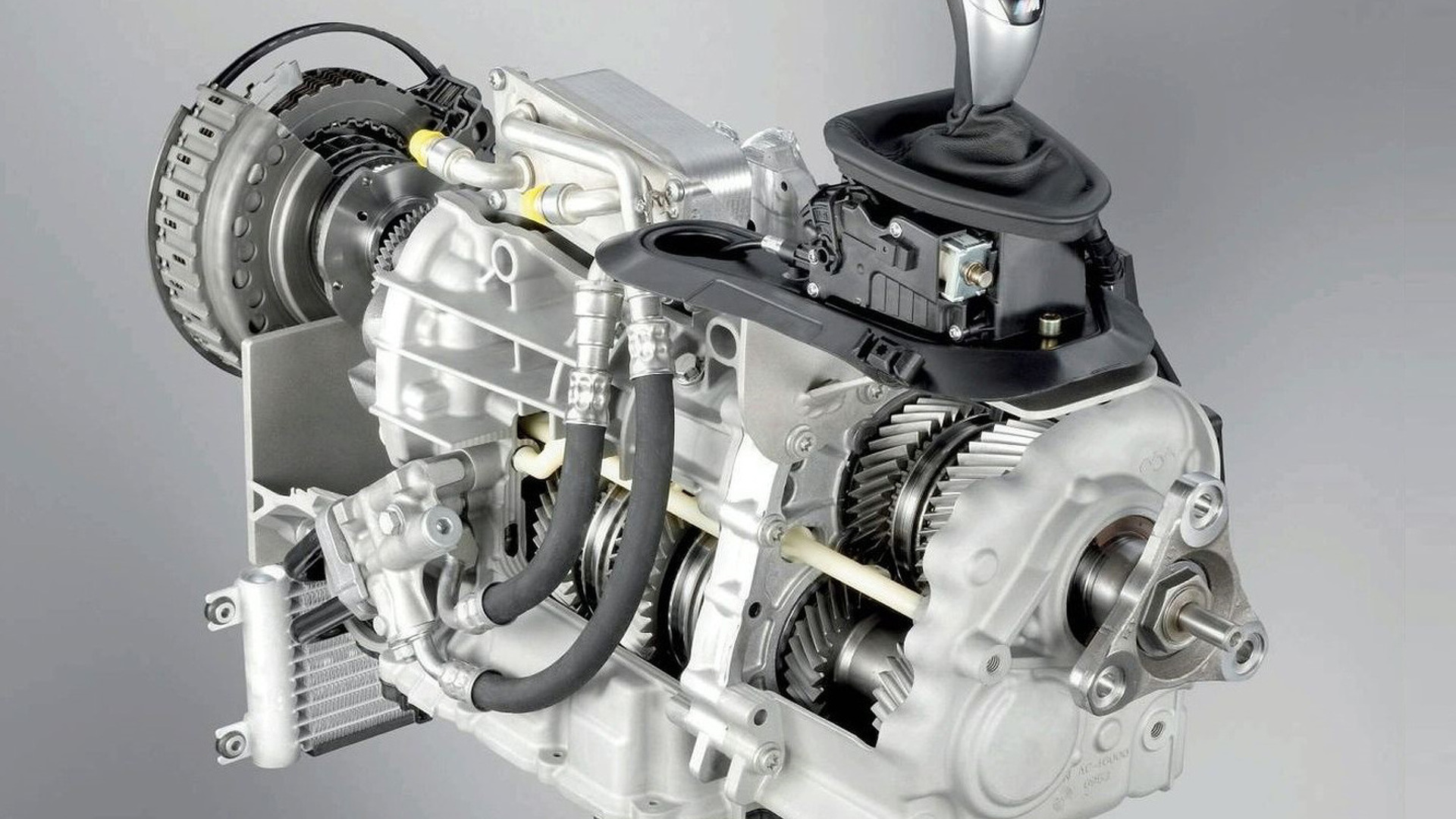 While DCT transmissions have surpassed the fuel efficiency and shifting speed of manual transmissions, they simply don’t provide the same fun driving experience as stick shifts. For some this doesn’t matter, but nothing beats the connectivity a driver has to the road by shifting their own gears.

Sure you may have some type of manual shift mode override (usually in the form of paddle shifters), but ask any driving purist and they’ll tell you it’s just not the same. While some dual clutch transmissions are better than others, you may experience a slight lag when going from a static position to a moving position. Once you get moving though, the instantaneous shifting of a DCT takes over.

The dual clutch transmission takes the best features of an automatic and manual and places them into one vehicle. If you don’t mind the higher cost, it is worth considering purchasing your next vehicle with one.

Let’s start with the continuously variable transmission (CVT). There are a few advantages to CVTs. For one, they have fewer moving parts and tend to be lighter than other automatic transmissions. Another is that they are quite smooth to operate, with relatively seamless acceleration. With a conventional automatic transmission, you’ll notice that when you press the accelerator, there’s an abrupt downshift, followed by a surge in engine speed, which is measured in revolutions per minute, or RPM. CVT transmissions, on the other hand, gradually transition into the correct gear ratio, so they don’t have to “shift.” Finally, because CVTs can always be in the right gear at the right time, they are especially fuel-efficient. This is why you’ll often find them in a number of high-mpg commuter cars, as well as in hybrids. In a hybrid application, one or two motor/generators might be incorporated into the transmission, creating an electronic CVT, or eCVT. Some automakers that use CVTs in many cars include Nissan, Honda, and Subaru.

The reason it's called a continuously variable transmission is that a CVT doesn’t have a set of gears with a fixed number of gear ratios, as other transmissions do. Rather, it has a pulley-and-belt system, like a snowmobile transmission. One pulley, known as the input pulley, is connected to the engine. The other pulley, known as the output pulley, ultimately sends power to the driveshaft and wheels. A flexible yet robust belt ties the two pulleys together. By varying the diameter of each pulley to maintain constant tension on the belt, the gear ratio changes. In “lowest gear”, the width of the input pulley is far narrower than that of the output pulley. In “highest gear,” the width of the output pulley is far narrower than that of the input pulley. The magic is that a CVT can vary the ratio anywhere between those two points. There are also toroidal CVTs and hydrostatic CVTs that use different mechanisms for the same effect, but the pulley-system CVT is the most common type in cars. 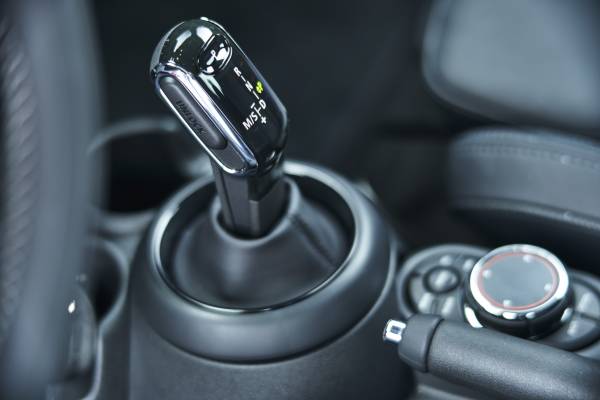 However, all of the CVT's benefits come with a trade-off. CVTs are not generally for driver-oriented enthusiast cars. With fixed-ratio transmissions—both automatic and manual—as you accelerate, engine RPM rises until the transmission shifts, at which point it falls again. CVTs, by contrast, keep the RPM high and continually adjust the gear ratio until you reach your desired speed, at which point the engine RPM drops off. This creates a sort of droning noise that upsets the driving experience and annoys some drivers. Additionally, CVTs are not as engaging to use as other types of transmissions because engine RPM does not correspond to the vehicle speed. To combat these problems, some automakers program their CVTs to simulate the gearing of a traditional automatic, with several fixed ratios to choose from. They may also have paddle shifters that allow you to sequentially run up and down those gear ratios.

DCTs are also known as semi-automatic transmissions, and that’s because they are in essence automated manual transmissions. The DCT is a more advanced traditional transmission. It had its origins in racing, wherein automatic transmissions were too heavy and unintuitive, yet it took too long to work the clutch on a manual transmission. The ideal scenario was a transmission that was essentially manual, but that automatically applied and released the clutch in milliseconds, allowing the driver to focus solely on changing gears. Keeping the engine in gear, rather than spending time between gears, helped deliver better engine power to the wheels. DCTs have since expanded to cars, where they function—in essence—as automatic transmissions, but with the ability to shift far quicker than an ordinary torque-converter automatic. Your typical DCT is a six- or seven-speed unit and is called a “dual-clutch” because it has two clutches, one to work the even gears and one to work the odd gears. And, as these different sets of gears operate independently, a DCT is almost two transmissions in one. This way, one gear can simultaneously engage while the other disengages, and without interfering with the power flow between engine and transmission.

Almost all of today’s modern supercars, hypercars, many sports cars have abandoned manual transmissions in favor of DCTs—virtually any vehicle tasked with significant driving demands benefits from this car technology. You will also find them on certain performance hatchbacks, some diesel vehicles, and even mainstream sedans with a sporty bent. Again, these DCTs offer distinct performance advantages over either regular automatic-transmission or manual-transmission vehicles, as they can change gears nearly instantly. DCTs also change gears much more smoothly than any other type of transmission, other than a CVT (which, again, does not have gears), eliminating “shift shock.” DCTs almost always include paddle shifters or a manual mode.

Even with those advantages, DCTs can be slow from a start, so you can experience a slight lag when you first get moving. They are also the most expensive type of transmission to build and maintain. Some DCTs often need costly and frequent transmission fluid changes. The clutches themselves are 'wear items' that will eventually need to be replaced or will wear out, just as with a manual transmission. A DCT in many ways provides the best driving performance, but at the cost of regular, significant transmission service at a dealership or specialist.

How To Choose Between Gas, Diesel, Hybrid, and Electric Cars
A Beginner’s Guide to Car Tires
Choosing the Right Gas for My Car