This page will be continuously updated…

Accelerometer
A device that can measure acceleration generated by the movement of an object along an axis.

Adhesion (Coefficient of)
During rolling contact, the ratio between the longitudinal tangential force at the wheel-rail/running surface interface and the normal force.

Anti-climber
A structural member located at each end of the vehicle, used to engage the anti-climber of an opposing or other coupled vehicle to resist relative vertical travel between the two car bodies during a collision. In articulated vehicles, the articulation system is designed to act as an anti-climber.

Automatic Train Supervision (ATS)
That subsystem within the automatic train control system which monitors trains, adjusts the performance of individual trains to maintain schedules, and provides data to adjust service to minimize the inconveniences otherwise caused by irregularities.

Auxiliary Power Unit (APU)
It is a onboard device that provides energy for such functions as lighting, air conditioning, etc. other than propulsion.

Axle
The part of a wheelset which links the two wheels.

Axlebox Cover
Simple protection for the return current brush, if fitted, and the axle bearing lubrication.

Brake, Electric
A mode of operation of the propulsion system in which retarding is provided.

Brake, Emergency
Fail-safe, open-loop braking to a complete stop with an assured maximum stopping distance considering all relevant factors. Once the brake application is initiated, it is irretrievable, i.e. it cannot be released until the train has stopped or a predetermined time has passed.

Brake, Friction
The system of pneumatic, electropneumatic, hydraulic, electrohydraulic, or electric valves, controls, actuators and associated components which, in combination, provide the capability of braking the car to a stop purely by the action of friction devices upon the wheel tread, disc rotors, or other surfaces.

Brake, Panic
Using any available form of braking, whether or not fail-safe, to obtain the shortest possible stopping distance.

Brake, Parking
A means that supplies static braking forces to maintain a vehicle or train in a no motion state.

Brake, Regenerative
A form of dynamic brake in which the electrical energy generated by braking is returned to the power supply line, provided to on-board loads, or a combination thereof during the braking cycle instead of being dissipated in resistors.

Brake, Rheostatic
A form of dynamic brake in which the electrical energy generated by braking is dissipated as heat in on-board resistors during the braking cycle.

Brake Control Unit (BCU)
A device that controls and transmits pressure to brake units in response to control commands.

Brake Disc
A circular solid or finned plate that rotates with respect to the disc brake pads that are brought into contact with it to provide retarding force. Usually mounted to the wheel, hub or axle. Also known as a friction ring.

Brake Pad
A replaceable friction element secured to a brake head for the purpose of producing a retarding force onto the face of a disc.

Bogie
It is the part that guides the train on the rails and provides stable operation. Bogie is a frame work which carrying wheels attached to coaches.

Bogie Frame
Can be of steel plate or cast steel. In this case, it is a modern design of welded steel box format where the structure is formed into hollow sections of the required shape.

Cab-to-cab Intercommunication System
It permits communications between operators or approved individuals in other vehicle cabs of the same train consist.

Car body
It is best defined as a “container” for the passengers or freight. The vehicle body comprising its main load carrying structure above all suspension units. It includes all components that are connected to this structure and contribute directly to the strength, stiffness and stability. Mechanical equipment and other mounted parts are not considered part of the carbody.

Clearance envelope
The space occupied by the maximum vehicle dynamic envelope, plus effects due to curvature and superelevation, construction and maintenance tolerances of the track structure, construction tolerances of adjacent wayside structures, and running clearances.

Crashworthiness
The ability of a vehicle to manage the energy of a collision.

Coupler, or coupling
It is a device for joining rail vehicles in a train.

Coupler, electrical
A mechanical device mounted to a mechanical coupler assembly that makes the electrical circuit connections between rail transit vehicles through a series of mating contacts.

Coupler, mechanical
A device that, as part of a coupler assembly, makes the physical connection between rail transit vehicles. Consists of a faceplate with alignment pins and matching holes to mate to a like device on another rail transit vehicle. Also known as the mechanical coupler head.

DC-AC inverter
A propulsion system that uses a variable voltage/variable frequency inverter to supply power to alternating current (AC) traction motors and thereby to accelerate the car and provide dynamic braking, if so equipped.

DC-DC chopper
A propulsion system that uses power semiconductors to regulate current to DC traction motors and thereby to accelerate the car and provide dynamic braking, if so equipped

Deadman Control
A pressure- or activity-actuated device that detects inattention or disability of a train operator.

Derail Detector
A device so arranged as to detect a derailment condition.

Dwell Time
The time a transit unit (vehicle or train) spends at a station or stop, measured as the interval between its stopping and starting.

Dynamic envelope
The maximum space that the vehicle will occupy as it moves over the track. Includes overhang on curves, lean due to the action of the vehicle suspension and track superelevation, track wear, wheel/track spacing, and abnormal conditions that may result from failure of suspension elements.

Emergency Lighting System
It is provide lighting according to minimum design requirements when normal lighting is disrupted as a result of loss of power due to damage or otherwise unavailable. 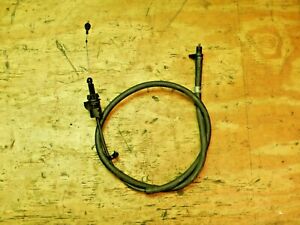 Intercom System
It provides a means for passengers and crewmembers to communicate with one another in an emergency situation.

Jerk
It is defined as the lateral acceleration changing per unit time occurring in horizontal curves. Units are mass per time cubed. (m/s3) Passenger comfort criterion.

Maglev
Magnetically-levitated vehicle or train of vehicles with guidance and propulsion provided by magnetic forces. Support can be provided by either an electro-dynamic system (EDS) whereby a moving vehicle is lifted by magnetic forces induced in the guideway, or an electromagnetic system (EMS) where the magnetic lifting forces are created by actively energising magnets in the guideway.

Motor Car, Motor Train
A passenger vehicle in a multiple unit train that is equipped with at least one motored axle and with the associate traction power equipment.

Pantograph
It is an apparatus which mounted on the roof of electric train to collect power through with an overhead tension wire.

Pilot
A component of a rail transit vehicle designed to strike and deflect objects on the track to prevent the objects from getting under the vehicle’s wheels and possibly causing a derailment.

Plug door
Rigid door panels that are rotated from outside the car shell when open, and into the entryway portal when closed. 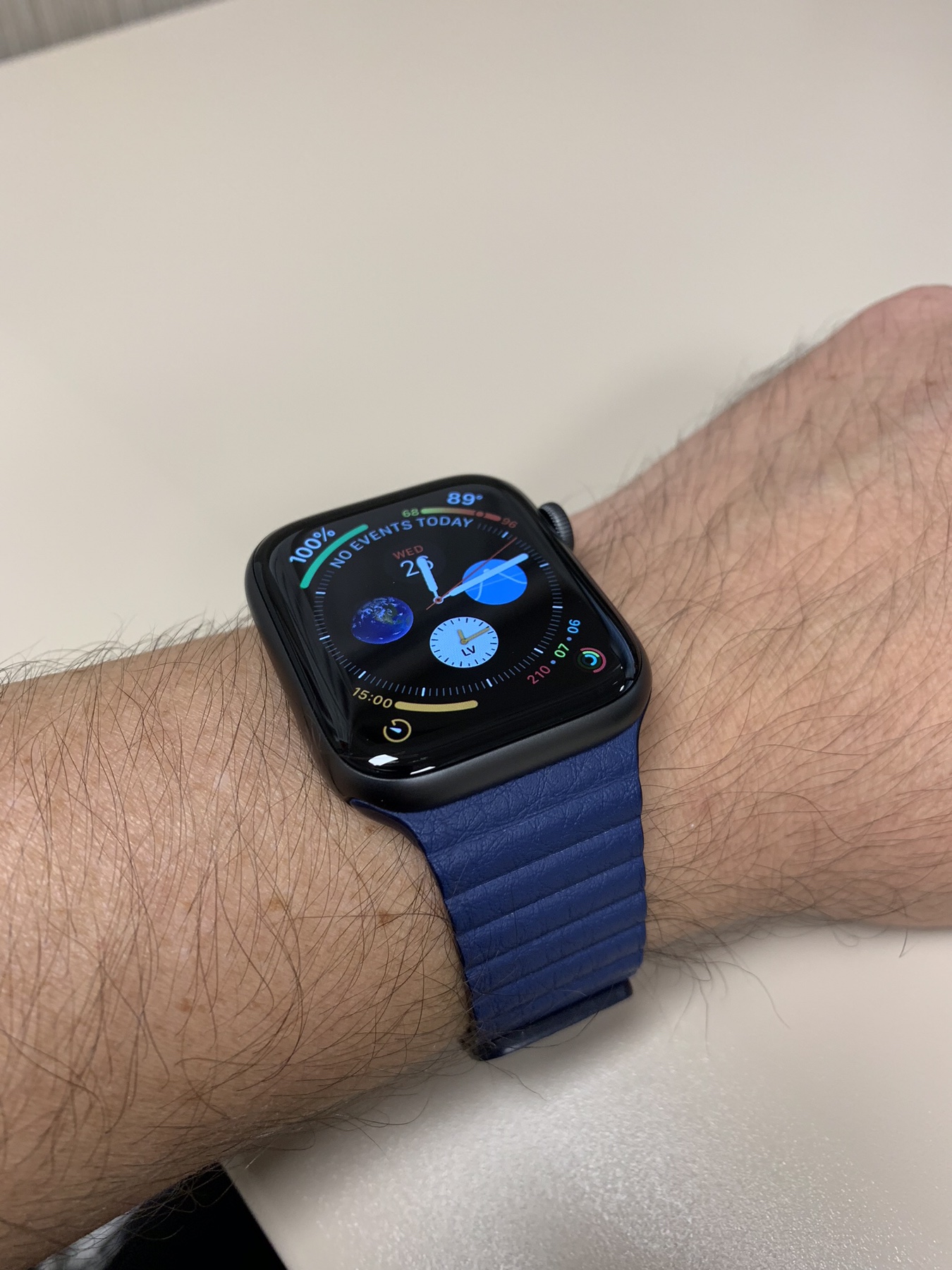 Primary Suspension
It consists of spring and damper components between the bogie and the wheel set, in order to secure a stable running behaviour, and also to ensure low track forces, low wear and good behaviour in curves.

Propulsion System
The system of motors, drive mechanisms, controls, and other devices that propels or retards a vehicle.

Public Address (PA) System
It provides a means for a crewmember and/or the operations control center (OCC) to communicate to all train passengers in an emergency or normal situation.

Sanding
It is one method of reducing wheel slide. Dropping or blowing of sand or similar material on the top of the rail head to increase the coefficient of friction to obtain better adhesion. 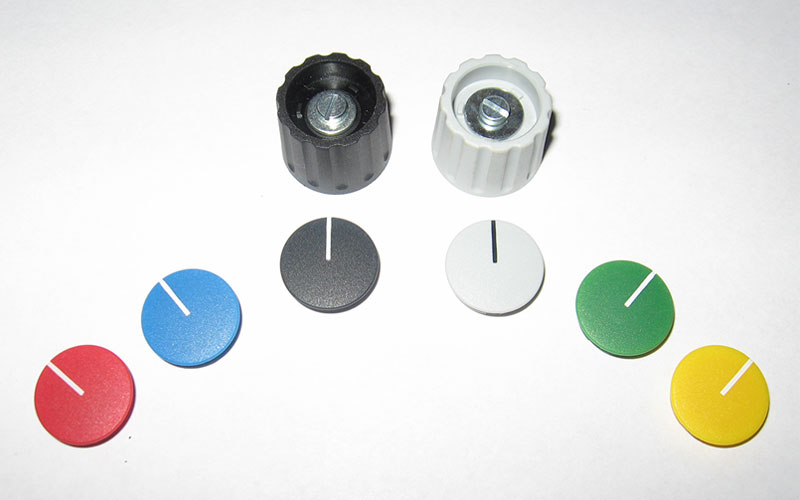 Secondary suspension
It interconnects the car body and bogie. It isolates the car body from excitations transmitted from track irregularities via the wheel sets and the bogie frames.

Shock Absorber (Damper)
To reduce the effects of vibration occurring as a result of the wheel/rail interface.

Tachometere
An instrument measuring the rotation speed of a shaft or disk, as in a motor or other machine.

Third Rail
An electrical conductor (also called contact rail) located alongside the track designed to carry energy for the propulsion and auxiliary systems of trains.

Track Brake
A magnetic friction brake that compresses against the running rail and is activated by an electrical signal.

Traction Motor
Electric motor used to provide the driving or braking torque to a locomotive or multiple unit axle. Used in diesel-electric and electric systems. The traction motor is mounted close to the axle and transmits power through a reduction a final drive gearbox or final drive.

Traction Unit
generic term for a railway vehicle which can move under its own power. It includes locomotives, multiple units, self-propelled rail vehicles and road rail vehicles operating in rail mode.

Train
A rail service vehicle such as any motorcar, locomotive, or other self-propelled rail vehicle, with or without cars coupled.

Train Control & Management System (TCMS)
TCMS is the standard control, communication and train management system for all vehicle platforms and applications. It comprises computer devices and software, human-machine interfaces, digital and analogue input/ output (I/O) capability and the data networks to connect all these together in a secure and fault-resistant manner. TCMS provides data communications interfaces to other train-borne systems, and also telecommunications to supporting systems operating remotely on the wayside.

Trailer Car
It is vehicle without motor.

Vehicle On-Board Controller (VOBC)
It establishes the position of the train on the guideway by detecting transponders located in the track bed, and uses the transponder data to extract information from the database. Database on the Vehicle On-board Controller contains all relevant guideway information, including station stops, gradients, civil speed limits, switch locations, axle counter blocks locations and trackside signal locations.

Wheel
It is the contact element connecting the vehicle to the track.

Wheel Set
It is the assembly consisting of two wheels and bearings on an axle. The wheel sets are connected to a bogie.

Wheel Slide
During braking, the condition existing when the rotational speed of the wheel is slower than that for pure rolling contact between tread and rail/running surface.

Wheel Slip
The condition existing when the rotational speed of the wheel does not correspond with pure rolling contact between tread and rail/running surface.

Wheel Spin
During acceleration, the condition existing when the rotational speed of the wheel is faster than that for pure rolling contact between tread and rail/running surfaces.

Wheel Slide/Slip Protection (WSP)
It is a automatic system that detect and prevent wheel-slide during braking or wheel-slip during acceleration.