When Microsoft acquired GitHub, there was speculation (and fear on my behalf) that GitHub would end up axing Atom in favor of Visual Studio Code. Taking a look at the commit activity for Atom on github.com 1 shows that since the end of June 2019, development has basically stopped completely. Atom GitHub Package The Atom GitHub package provides Git and GitHub integration for Atom. Check out github.atom.io for more information. View the Project on GitHub atom/node-keytar. Download ZIP File; Download TAR Ball; View On GitHub; keytar - Node module to manage system keychain A native Node module to get, add, replace, and delete passwords in system's keychain.

“A hackable text editor for the 21st Century”

The Atom Team improved a few of Atom’s most common features—they’re now dramatically faster and ready to help you be even more productive. The fuzzy finder is one of the most popular features in Atom, and it’s used by nearly every user to quickly open files by name. We wanted to make it even better by speeding up the process.

I came to Atom with a prejudice…
The long closed-source / beta period, the fact the “hackable” editor isn’t coded in JavaScript but in CoffeeScript, the need to add plugins for everything (according to some reviews), the reported slowness and memory hungriness, made me to hesitate to try it… I was also a happy user of Adobe Brackets, with no compelling need to change.
But, Brackets accumulated a number of little annoyances, making me wanting to try other editors.
The test of Visual Studio Code was brief, as it didn’t have the base (semi-advanced if you want) features I use all the time: drag’n’drop of code, and column selection.
So I tested Atom, with a critical eye. Spoiler: I was seduced, and it becomes my favorite Web IDE…

That’s the problem with information found on Internet: it quickly becomes stale…
The Atom team improved memory consumption, have an eye on responsiveness (I was impressed by their TimeCop package, and the fact they report for each package the time they add to loading), ship lot of plugins with the base editor: delegating to packages is part of their vision of modularity, but they made official packages for the most essential features, and you don’t need to hunt every package implementing base features, saving time.

I appreciate the clean interface and the attention to details they have bring to the project. 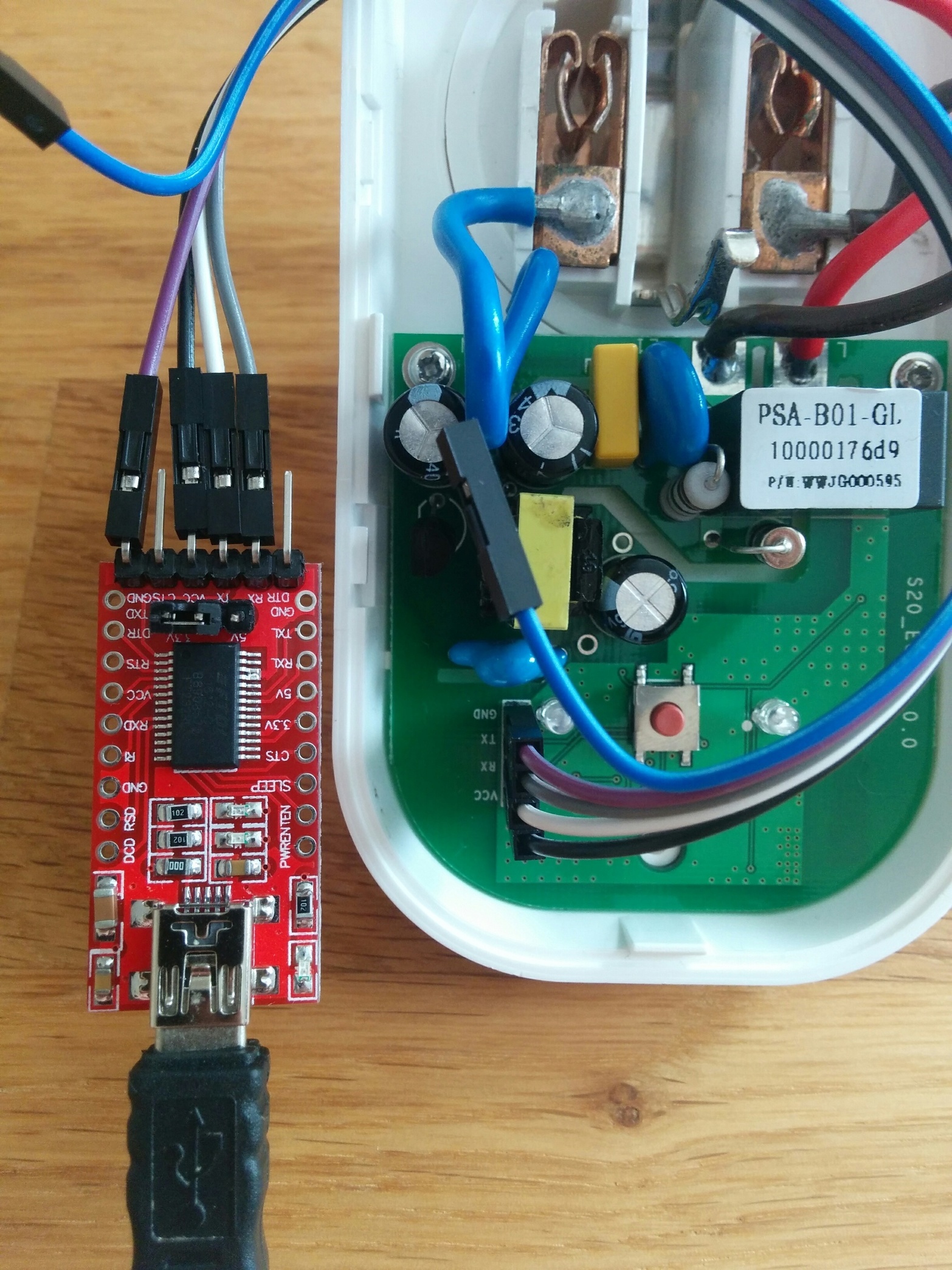 I downloaded the installer. It is big! Of the IDEs I tried, it is among the biggest:

I installed Atom (v. 1.3.1 on Windows 7 with 8 GB of memory).
It doesn’t ask where to install, it goes arbitrarily at C:Users<user name>AppDataLocalatom. I would prefer to install it beside my other programs, to locale it easily. And I would appreciate it asks me before installing something on the desktop (I have no icons there!) or on the start menu (I no longer care about this one, but still…).
It is a bit “all over the place”, as it also has a C:Users<user name>AppDataRoamingAtom folder (for cache?), and a C:Users<user name>.atom folder (settings, packages…).
Note on icons: in the Quick Start menu, and in the context menu of files, they use the path to the .exe file to give the icon. But this path changes on every auto-update! And they don’t update it… Simple fix: replace this path with %USERPROFILE%AppDataLocalatomapp.ico which is provided with the editor…

I opened it, it starts rather quickly.
It has a dark UI, which I don’t like, but I quickly found where to change this to the default light theme. Good point than several themes are bundled by default: no need to hunt for them, at least at start. The default light UI theme is rather nice. I also chose the One Light syntax theme among four. A bit too pale (low contrast) for my taste, I will eventually see if I can tweak it.

As I feared (I searched a bit before, given the Visual Studio Code deception), drag’n’drop of code isn’t available out of the box. Actually, I saw several plugins activating it. That’s one of the problems with this editor: there is a plethora of plugins, which can be nice, but it is confusing to choose one… And I still think such feature should be built-in in the editor.
Same for column (rectangular) selections! Later, I found out Atom supports out of the box column selection (Ctrl+Alt+Up / Down, extend only, allows rectangular selection with Shift+Left / Right) and multiple carets (Ctrl+click).
I find a bit unsettling to have to install lot of plugins to get base editor features. I have the same issue with Brackets, but it has at least these two features built-in (but D’n’D must be activated by a setting).
That said, I found several features out of the box for which I had to install a plugin in Brackets:

Two features I mentioned in the above article are also missing from Atom:

OK, I switched to Atom to type this text (in Markdown format). Good surprise: it has spell checking enabled out of the box. And it can suggest words, although I am not sure of the logic of suggestions (scanning existing buffers, apparently; nice point: it is not obtrusive). Little bug (or unwanted feature ;-) – I see a misspelled word in the text (red underline), I right-click directly on it, and choose Correct spelling. It does nothing… I found out I have to left-click first on the word to get spelling suggestions.
I see no way to add words to a user dictionary (there is an issue for that, and another for other language dictionaries).

The Welcome Guide is nice, I just saw a way to customize the styling. Although it lacks concrete examples: eg. how do I change the color of titles in Markdown? (I avoid reddish colors, reserved to mark errors). Ah, I suppose I have to study an existing style, like https://github.com/atom/atom-light-syntax/blob/master/index.less
And I can see the actual styles by showing the developer tools (View > Developer > Toggle Developer Tools) and using it like Chrome DevTools.

Bug: I have Choose a Theme and Customize the Styling opened in the Welcome Guide. I can’t scroll back above Install a Package. I have to close one to see the top!
And I can’t scroll the list of packages (installed, to install, etc.) with keys (up / down / page up / page down).

Another bug or unwanted feature: it ensures there is an empty line at the end of a file when saving it, which can be nice (I generally want that), but if I have several lines, it removes the extra ones (which is annoying in a text file, because I want to keep my future paragraph empty lines). Will see if I can disable that.

Undo coalescing is a bit strange: when I type a word, then undo, it removes parts of the word, successively, instead of whole word.
Apparently, it coalesces when there is a pause in typing. Half a good idea, bad for slow typists (not sure if this can be tweaked), not consistent. I prefer Scintilla’s coalescing, based on keys: when an move key (eg. arrow) is typed, or when clicking somewhere.

Atom lacks a nice feature of Brackets: in an HTML file, Brackets can auto-complete the path of a resource (script, CSS file, etc.). Found a plugin for that, of course… Although it is slightly less convenient.

Apparently, Atom has only “duplicate-lines”, not “duplicate-selection”, alas. Sometime, I want to duplicate the selection inside the same line, eg. to quickly add an additional parameter with its type.

Good idea: if I type something, the buffer is marked as dirty, of course. If I edit back to the initial state (eg. type a char, then Backspace), instead of using Undo, it sees the file as pristine again (as Git would do…).

Annoyance: I can hit Ctrl+F in the Settings > Package page (for example), but it doesn’t find anything there (can be convenient to find a given package by something else than its name).

Bug, or annoyance (as I am used to a different behavior for other editors): if I hit Ctrl+Delete at the start of an indented line, I expect the editor to remove only the indentation characters, ie. to remove spaces or tabs up to the first non-whitespace character. But it eats also the beginning of the significant line, ie. the first word or the first symbols.
Relevant issue with a workaround: https://github.com/atom/atom/issues/4026

In general, I am annoyed by a different behavior on managing whitespace. Example: when I delete a word, I am used* to see the following (or preceding) space(s) to be removed as well. So I can delete several words quickly. Here, I have to delete the intermediary spaces as well.
I also would be appreciate that Home key sends to start of line (column 0) instead of start of text (after indentation). That’s the things I can set up in SciTE…

Auto-indent is broken. Particularly when I paste a code snippet: it indents the already indented code, resulting with double indenting!
I just activate the “keep indentation level” setting, which some time misses a level…
https://discuss.atom.io/t/normalize-indent-on-paste-doesnt-work-as-expected/3503/12

Annoyance: there is no way to set the setting tabs vs. spaces per buffer.
https://discuss.atom.io/t/sometimes-tab-inserts-spaces-even-with-soft-tabs-off/3976/37 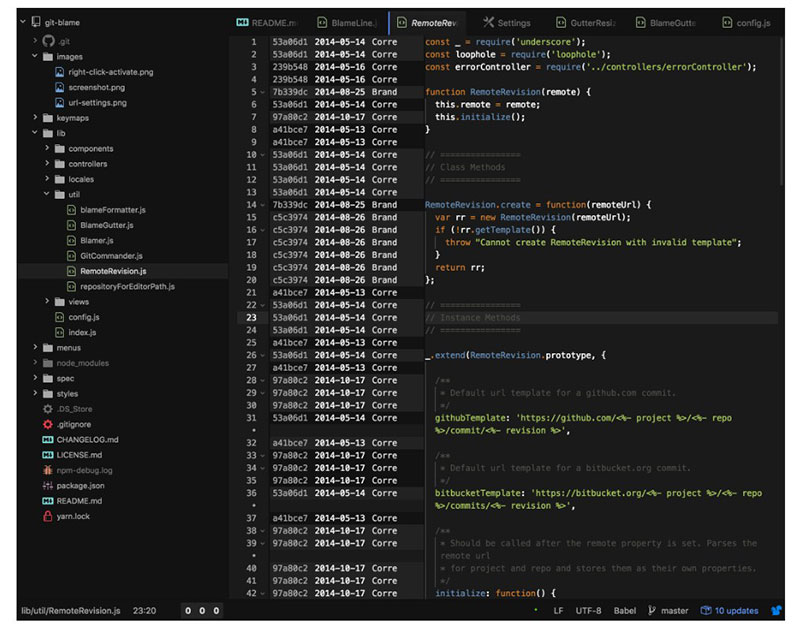 Minor quibble: title and closing cross in inactive tabs are one or two pixels too low (one pixel lower than the active tab, at least). It “hurts” my sense of tidiness… :-)

Overall it is a good editor. It is reasonably fast for my usage (I don’t open larges files, a known weakness of Atom).
Well, almost. When Windows swaps out its memory (going to sleep), it is very slow to wake up.
More annoying, it often displays a message on slowness (“Editor not responding”), I have to hit the button “Keep Waiting” to continue.
https://github.com/atom/atom/issues/7275
Even more annoying: the dialog stops everything. The same dialog in Chrome spontaneously disappears when the slowness is no longer detected. Here, the editor waits for clicking on Keep Waiting before resuming!
https://discuss.atom.io/t/refinements-to-the-not-responding-keep-waiting-dialog/24375

The minor issues mentioned above doesn’t prevent from using it: the good parts currently balance the bad ones.
I will still recommend it. :-)

Good point: once a plugin / package is installed, no need to restart Atom to get it working.
Note: list can be incomplete, and version numbers are indicative only: I won’t update them on each package update!
You can find a more complete list (when I back up my settings with sync-settings) at https://gist.github.com/PhiLhoSoft/b61b3e3d13ebd802bb08
I found an interesting list at the https://github.com/mehcode/awesome-atom repository. I added some packages like duplicate-line-or-selection after reading it…

Not used, to see later