Migrating an IHS configuration file from a previous release

Apache is a modular server. This implies that only the most basic functionality is included in the core server. Extended features are available through modules which can be loaded into Apache. By default, a base set of modules is included in the server at compile-time. Many third-party modules designed for version 2.2 will otherwise work unchanged with the Apache HTTP Server version 2.4. Some will require changes; see the API update overview. Common problems when upgrading.

The preferred method of migration is to apply your customizations over the new default configuration. If this is prohibitively complicated, it is possible to manually migrate a configuration from a prior release.

The following are steps to change an IHS 7.0, 8.0, or 8.5 httpd.conf such that it is useable on an IHS 9.0. This procedure assumes the installation paths of the old and new releases differ. After taking all the above steps, the configuration should be ready to be loaded by IHSv9.0. The remainder of the document serves as a reference for what has changed between Apache 2.2 and 2.4.

Configuring your server to permit SSI

To permit SSI on your server, you must have the following directive either in your httpd.conf file, or in a .htaccess file:

This tells Apache that you want to permit files to be parsed for SSI directives. Note that most configurations contain multiple Options directives that can override each other. You will probably need to apply the Options to the specific directory where you want SSI enabled in order to assure that it gets evaluated last.

Not just any file is parsed for SSI directives. You have to tell Apache which files should be parsed. There are two ways to do this. You can tell Apache to parse any file with a particular file extension, such as .shtml, with the following directives: 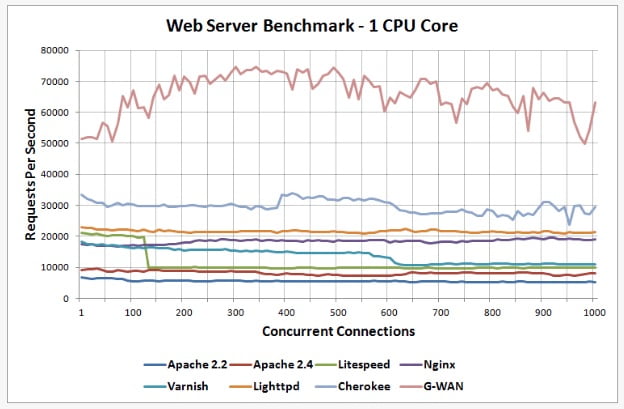 One disadvantage to this approach is that if you wanted to add SSI directives to an existing page, you would have to change the name of that page, and all links to that page, in order to give it a .shtml extension, so that those directives would be executed.

The other method is to use the XBitHack directive:

XBitHack tells Apache to parse files for SSI directives if they have the execute bit set. So, to add SSI directives to an existing page, rather than having to change the file name, you would just need to make the file executable using chmod.

A brief comment about what not to do. You'll occasionally see people recommending that you just tell Apache to parse all .html files for SSI, so that you don't have to mess with .shtml file names. These folks have perhaps not heard about XBitHack. The thing to keep in mind is that, by doing this, you're requiring that Apache read through every single file that it sends out to clients, even if they don't contain any SSI directives. This can slow things down quite a bit, and is not a good idea.

Of course, on Windows, there is no such thing as an execute bit to set, so that limits your options a little.

In its default configuration, Apache does not send the last modified date or content length HTTP headers on SSI pages, because these values are difficult to calculate for dynamic content. This can prevent your document from being cached, and result in slower perceived client performance. There are two ways to solve this: