The current Cadillac CTS and STS both use a 6-Speed Automatic Transmission designated 6L50 by GM. The RWD and AWD variants of each car all use the same versatile automatic transmission. In the case of the STS, both the V6 and the Northstar V8 use this transmission. The CTS-V uses the beefed up for the power 6L90 variant.

Only the Cadillac DTS continues with the 4L80e 4-Speed Automatic. The addition of a 6-speed automatic in the CTS and STS allows for more responsive acceleration at a variety of speeds while still having good gearing for highway touring. Cadillac and GM Power train continue to design tremendous flexibility into their key components. When a single well-engineered, proven component such as the 6-Speed Auto 6L50 can be used in multiple configurations and multiple installations everyone benefits.

In the GM transmission naming scheme, 6 is for 6-speed, L is for longitudinally mounted (versus transverse as in FWD cars), and 50 indicates a mid-range torque capability. Mid-range is relative, as this transmission’s power ranges exceed the top-end of the previous generation. However, the V-Series and Corvette engines have established new definitions for high-torque.

The 6L50 is a ‘smart’ transmission. It uses Enhanced Performance Algorithm Shifting to react appropriately for the dynamics of the situation the Cadillac is executing — holding gears through corners to avoid the disruption of a shift and torque transition. It also allows driver gear selection similar to an automated manual transmission, but at no time does it lose the aplomb one expects of a luxury performance automobile.

Cadillac CTS and CTS Sport Wagon are new applications for 2010.

The major focus of activities for the 2010 will be quality improvements.

The 6L50 was designed to accept different engines and different mounting locations, as well as the ability to mate to transfer cases for all-wheel-drive capability. For 2010, the applications are Cadillac CTS and CTS Wagon, STS, and Chevrolet Camaro. It is derived from the similar 6L80 rear- and all-wheel-drive capable six-speed automatic transmission available in the Chevrolet Corvette, Chevrolet Camaro, as well as Chevrolet, Cadillac, and GMC full-size SUVs. 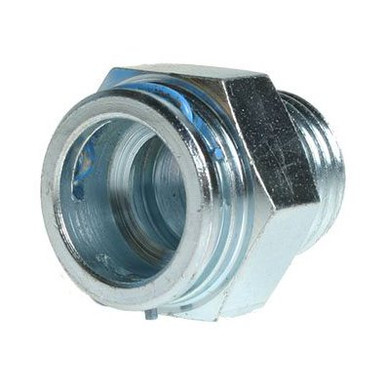 The Hydra-Matic 6L50 six-speed automatic transmission for rear- and all-wheel-drive cars is designed with the same modular flexibility as the larger 6L80, as well as being fully compatible with advanced electronic controls. Its unique output gearset configuration enables it to have a wider range of ratios than a conventional planetary gearset automatic transmission.

The main housing for both the Northstar V8 and High Feature V6 in the CTS, STS sedans and the SRX crossover vehicle is identical. The modular concept of the new Hydra-Matic 6L50 centers on the desire for common components and manufacturing tooling for four different size variants of the new 6-speed family. Like the larger 6L80, the 6L50 uses three gearsets, a simple input planetary gearset, and two output gearsets, one of which is a compound gearset with three pairs of two pinion gears on the output carrier, one pair meshing with the sun gear and the other with the ring gear. This arrangement allows for optimal ratio steps with a 6.04:1 overall spread.

All applications feature adaptive shift controls. Several additional features such as grade braking, Performance Algorithm Shifting, and Driver Shift Control are available on some of the applications. Performance Algorithm Shifting (PAS), which detects when the vehicles are being driven in a spirited fashion and remains in its current gear ratio even when the driver lifts a foot off the accelerator pedal. PAS monitors how assertively the driver is using engine output to determine at what engine speed to upshift of downshift. Driver Shift Control, available in the STS and SRX, allows the driver to shift the transmission like a clutchless manual gearbox. Electronic safeguards prevent over-revving should the wrong gear position be accidentally selected.

The wide overall ratio spread of 6.04:1 allows a “steep” first gear, as well as very “tall” overdrive top gear for low-rpm highway cruising. Acceleration is maximized, as is fuel economy. Engine noise is also lower during cruising. Both fifth and sixth gears are “overdrive” gears, for example.

Gear changes from second to sixth gear ratios are accomplished with clutch-to-clutch action, where an “oncoming” clutch is engaged and an “offgoing” clutch is released in a precise manner to achieve the ratio change. The first-to-second upshift, however, is a freewheeling action, where the second gear clutch engages while the first gear one-way clutch spins freely. This allows a greater degree of smoothness at lower vehicle speeds. The manner in which each gear is selected in the 6L50 is optimized for best performance.

Advances in transmission control modules allow the modules to exist reliably inside the transmission, where temperatures remain fairly constant compared to a body-mounted module. The transmission and module are assembled together, so no additional steps are necessary during vehicle assembly.

The CTS and STS V6 use a 258mm diameter torque converter which features a lockup clutch, which also makes use of GM’s proprietary electronic controlled capacity clutch (ECCC) technology. ECCC uses a small, regulated amount of slip to dampen out engine pulses. This creates a smoother running drivetrain, especially during shift events.

The 6L50 all-wheel-drive transfer case in the Cadillac CTS application uses an active center differential, responding to traction conditions and assigning torque to the axle with most available traction.

The 6L50 uses DEXRON VI premium fluid, which is validated to improve durability and shift stability over the life of the transmission. DEXRON VI, was developed to have a more consistent viscosity profile; a more consistent shift performance in extreme conditions; and less degradation over time. Internal GM tests have demonstrated DEXRON VI delivers more than twice the durability and stability in friction tests compared to existing fluids. The DEXRON VI fluid was designed specifically and validated for the new family of GM six-speed automatic transmissions.

The Hydra-Matic 6L50 is produced in Ypsilanti, Michigan, Strasbourg, France, and Silao, Mexico.

— A GM truck transmission lawsuit may continue for GMC Canyon and Chevrolet Colorado owners in Florida, but a federal judge says there will be no nationwide class action concerning the 6L50 transmissions.

According to the plaintiff who filed the proposed class action, the transmissions harshly engage, jerk, slip, buck and kick.

According to the plaintiff, the General Motors truck transmissions have caused owners to complain to the automaker, federal safety regulators and to CarComplaints.com.

The plaintiff says his new 2015 Chevy Colorado had trouble downshifting when going up hills, so the dealer reprogrammed the transmission and engine control modules. But the plaintiff says the repairs didn't end the alleged transmission problems and a few years later the truck started shuddering when accelerating.

According to the lawsuit, the dealership returned the truck to the plaintiff even though no repairs were made.

General Motors filed a motion to dismiss the truck lawsuit and succeeded in convincing the judge a nationwide class action could not proceed.

According to the judge, the plaintiff who filed the lawsuit didn't base his claims on the application of other states' laws. Therefore, the plaintiff lacks standing to bring claims on behalf of a nationwide class of GMC Canyon and Chevrolet Colorado owners.

That left the judge with ruling on the remaining claims for truck customers in Florida. 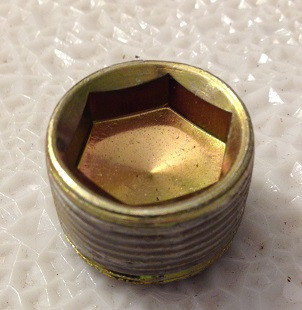 According to the plaintiff, General Motors breached implied warranties, but the judge says, '[U]nder Florida law, a plaintiff cannot recover economic losses for breach of implied warranty in the absence of privity.'

'GM sells vehicles through a network of authorized dealerships that are the agents of GM, and under extensive control of GM.'

However, the judge ruled the plaintiff failed to allege facts supporting his assertion that the dealership was an agent of GM and under its control. According to the judge, the 'plaintiff's allegations fail to demonstrate privity of contract between him and GM,' therefore the implied warranty claim fails.

The judge did let pass a claim for breach of express warranty, and because that claim survived so did a claim concerning the Magnuson-Moss Warranty Act.

A claim against GM for common law fraud didn't get far as the judge ruled the allegations don't adequately plead the automaker knew about an alleged transmission defect.

In the lawsuit, the plaintiff argued GM knew about alleged problems with the trucks due to internal tests and customer complaints. However, the judge said courts 'routinely reject generalized allegations about 'testing' and manufacturer 'analyses' made in support of finding knowledge of a defect.'

The judge also wasn't impressed by arguing complaints made by customers automatically mean the automaker 'knew' about alleged problems with the trucks.

'And Plaintiff's allegations of consumer complaints online or to the NHTSA are insufficient to support a finding of GM's knowledge.'

The judge found most of the customer complaints were filed after the plaintiff purchased his truck, so the plaintiff can't say GM had knowledge of alleged problems prior to the purchase of his truck.

As for internal records held by the automaker, the judge said any allegations GM knew of alleged defects are 'conclusory and insufficient because they do not plausibly allege that GM 'knew of the defect prior to the time it distributed' the trucks.

The judge also dismissed a claim of unjust enrichment because under Florida law, 'the existence of an express contract between the parties concerning the same subject matter' precludes a claim for unjust enrichment.

In the end, Judge Stephen J. Murphy, III, dismissed the plaintiff's implied warranty, fraud, Florida Deceptive and Unfair Trade Practices Act and unjust enrichment claims. In addition, claims on behalf of a nationwide class of truck owners was dismissed for a lack of standing.

Claims for breach of express warranty and violations of the Magnuson-Moss Warranty Act made on behalf of the plaintiff and a class of Florida truck owners will remain.

The GM truck transmission lawsuit was filed in the U.S. District Court for the Eastern District of Michigan - James McKee, et al., vs. General Motors LLC. CarComplaints.com has complaints about GMC Canyon and Chevrolet Colorado trucks.