There are many differences and a few similarities between the 4L60E and the 4L80E transmissions. If you don’t feel like reading a whole article on it the main differences between the two transmissions come down to two things; their actual physical size (the 4L80E is bigger) and the amount of horsepower that they can handle (4L60E can’t handle as much).

Another thing to take away quick as that they are almost never easily swapped for one another even in vehicles that they both came in. They are different lengths, so they will automatically require different driveshaft lengths.

4L80 Muscle Car Kit One of our biggest customer demands for the 4L80E is an all in one kit to install the 4L80E into a classic Camaro, Chevelle, Corvette, Nova or other GM car. We have put together the common parts used in most of these retrofits to make it easier for the customer to do so. 4L80E Specifications. The 4L80E has a max torque rating of 440 lb.-ft. Of torque, giving it a max load capacity of 18,000 pounds. The gearing to move such a heavy load is a 2.48 first gear, 1.48 second, 1.00 third, and 0.75 overdrive.

Differences between the 4L80E and 4L60E

The 4L80E is noticeably larger and longer than the 4L60E. This size difference means that they are not easily interchangeable. There are many cars that the 4L80E just won’t fit into without modifying the transmission tunnel either by taking a large hammer to it, or by welding in a larger tunnel.

Another difference between the 4L60E and 4L80E transmissions are the number of bolts on the pan. That would be the easiest way to identify them. The 4L80E uses a 17 bolt pan, while the 4L60E uses a 16 bolt pan.

Both of these transmissions have four forward gears and are overdrives. The 4L80E has closer gear ratios and not as much overdrive. The 4L60E/4L65E/4L70E all share the same basic design and have the same gearing. 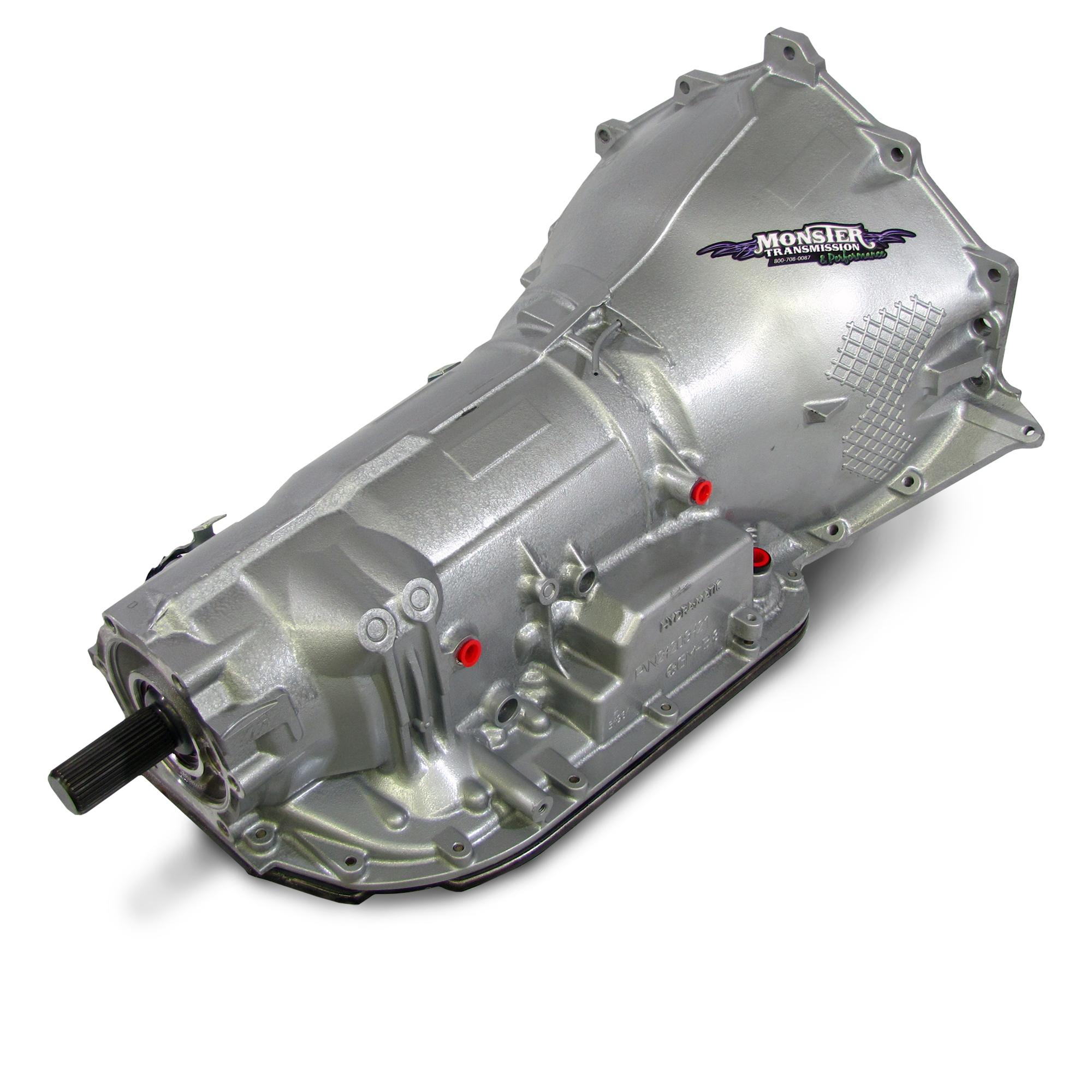 If you were to put the 4L80E behind an engine that already had the the 4L60E, it’s going to feel more sluggish on take off and have a higher highway RPM. It was designed to keep the engine more in the power band for towing and heavy duty applications. In fact, it has the same gear ratios as the TH400, minus the overdrive. It’s also significantly closer in ratios to the TH350 (again no overdrive) and 2004R.

Similarities Between the Transmissions

Both transmissions are electronically controlled and can’t be bolted behind a first generation small block Chevy without a dedicated transmission controller. If you are looking to put a 4L80E behind a big horsepower non LS engine you’d be better served with ordering a 700R4 that is built to handle a lot of horsepower. They can. You won’t have to beat your tunnel to death, and order an expensive new crossmember (or fabricate one). They both have the same bellhousing bolt patterns and will hook to the same engines with no problem. So, if you are interested in doing the 4L60E to 4L80E swap, it will technically bolt up to your engine. It will be a lot easier to do the swap if you know that your vehicle can take the 4L80e without much in the way of modification.

If you are thinking of putting a 4L80E in a Sierra for instance, you know that you can do that because it was a factory option. On the other hand, if you are thinking about squeezing one in on your LS swap project 55 Studebaker, it would be smart to hit the forums to see what kind of modification will be needed. At this point, almost everyone has tried everything and put it on the internet. Benefit from the lessons they learned. Never go in blind.

For more on the swap, see the 4L60E to 4L80E swap article. It goes over everything that you would need in order to pull off the swap. 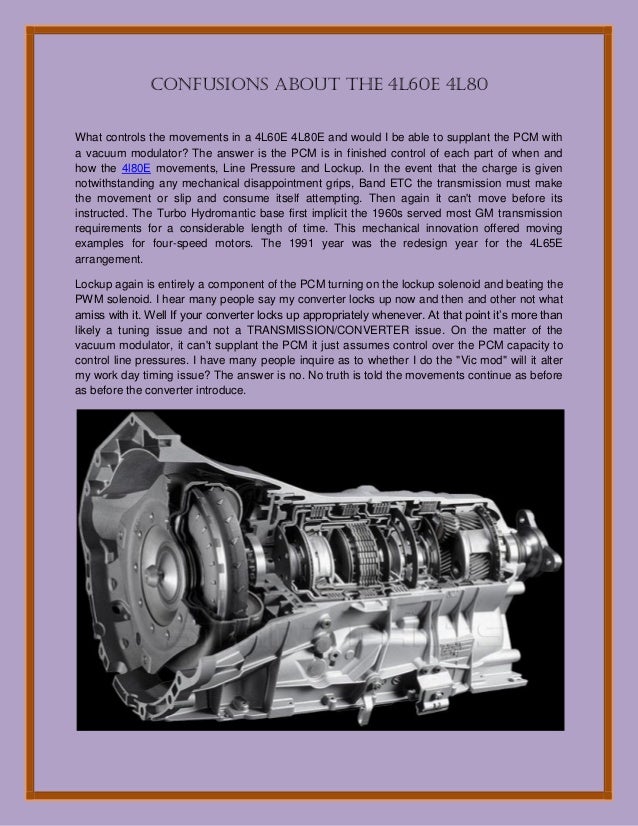 Both transmissions are capable. From the factory, the 4L80E is more capable than its sibling. It is my opinion that there is almost no situation where a built 4L60E is not going to be the better performance choice. That is until you get to crazy horsepower numbers.